The Italian fashion group is to hold a dinner and a preview at the museum on April 26 and is launching a Whitney Bag Anniversary Edition, which pays homage to the founder of the museum Gertrude Vanderbilt Whitney. 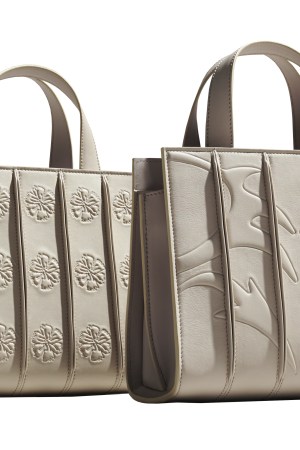 Max Mara is celebrating the one-year anniversary of New York’s Whitney Museum of American Art designed by the Renzo Piano Building Workshop with a dinner at the institution and a preview of the newest exhibition, “Human Interest: Portraits of the Whitney’s Collection,” on April 26. To mark the occasion, the Italian fashion group is also launching the Whitney Bag Anniversary Edition, which pays homage to the founder of the museum Gertrude Vanderbilt Whitney.

The event will be hosted by Max Mara chairman Luigi Maramotti and is expected to draw Amy Adams, Zoe Buckman, Rose Byrne, Susan Sarandon, Blythe Danner, Cornelia Guest, Elizabeth Peabody and Deeda Blair among others. A year ago, Max Mara partnered with the Whitney for the institution’s official opening event. On that occasion, Max Mara worked with the Renzo Piano Building Workshop to produce the brand’s Whitney Bag, with leather ribbing reminiscent of the steel tie-beamed exterior of the new museum and buckles inspired by the building’s facade.

Offered in a limited edition of 400 units, the Whitney Bag Anniversary Edition is inspired by an image of the arts patron dressed in an original outfit by Léon Bakst, costume designer of the Ballets Russes. In the 1914 sketch by John Singer Sargent, Whitney is seen wearing one of her favorite looks — a pair of harem pants and an ivory tunic with a jet-black beaded pattern of flowers and leaves. The leaf and flower are reproduced in the anniversary tote by using a special relief technique that is applied to the original Whitney Bag design. The delicate pearl shade point to the long pearl necklace Whitney wears in another portrait by Baron de Meyer.

Musing on the new development, Maramotti told WWD that he considered “the opportunity to collaborate with a great architect an extraordinary experience.” He said he “found the opportunity to maintain this special relation and celebrate a combined success of Italian creativity a unique one.”

The Maramotti family, which owns Max Mara, has long been a patron of the arts, and in 2008 unveiled a 43-room gallery in the company’s former manufacturing plant in Reggio Emilia. Over the years, the family bought several artworks that went on to be exhibited at the biennial, such as pieces by American artist Ellen Gallagher’s pieces, for example. Max Mara and the Whitney have collaborated on a number of events, and, in 2014, the Maramottis received the museum’s American Art Award. The company also awards the Max Mara Art Prize for Women through a collaboration with the Whitechapel Gallery in London.

“A year ago we were all very excited to be a part of a historical moment, but however extraordinary, the realization of the new Whitney had to face a very competitive reality in New York and a certain conservative skepticism,” observed Maramotti. “Today, the number of visitors has doubled compared with the past, winning an audacious challenge: We want to continue to support those that dared to take it up by helping to expand the circle of visitors and the international appreciation and visibility. This museum incorporates many values of contemporary New York and of that [part of] America we Europeans feel closer to: It’s a physical and symbolic bridge toward the other side of the Atlantic.”

The Whitney Bag is part of the Fashion Institute of Technology’s permanent collection in New York. In March, at Design Shanghai, the Max Mara Whitney Bag received the IDEAT Future Award 2016 as best accessory of the year.