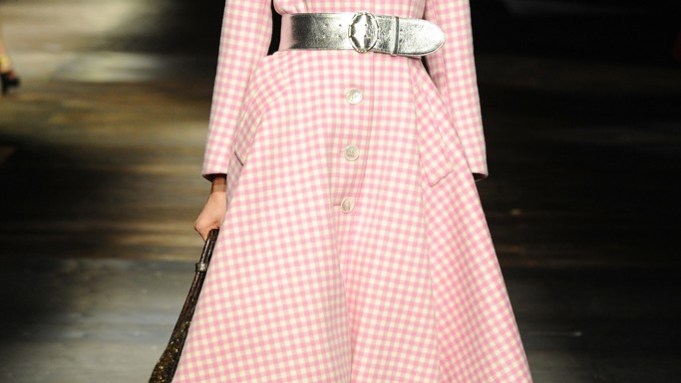 In fashion’s ongoing dance through the decades, the Forties found itself center stage for fall. Strong shoulders, nipped waists, slim skirts of a certain length and softened men’s tailoring were all tweaked for the modern day in the collections of Marc Jacobs, Prada, Miu Miu, Bottega Veneta, Lanvin, Veronique Branquinho and Dsquared2. Why the Forties this season? For the brothers Caten, it started with the style of tailoring that came out of a new factory they worked with in Naples for their men’s show. “It was a very soft and unconstructed, and the jackets ended up being double-breasted and the lapels were bigger, giving us this Forties thing,” says Dan. “We were feeling that era.” Clearly, they weren’t alone.