The mayor zeroed in on five tactics to help build the industry. 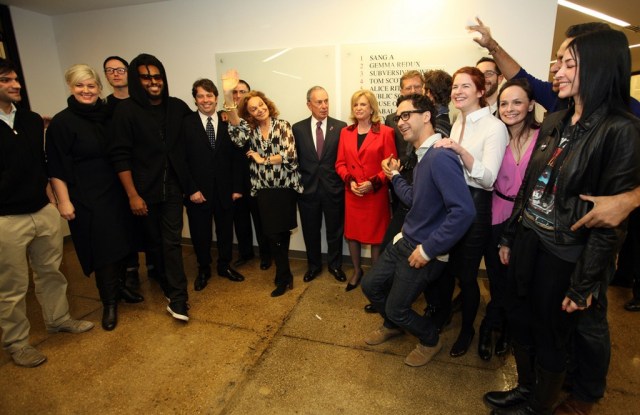 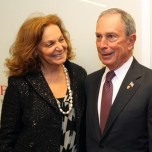 The mayor was quick to point out that New York’s biannual runway shows is expected to generate a record-breaking $865 million in economic development for the city this year. In addition, New York’s 500 fashion shows attract about 232,000 visitors each year. City officials are banking on employment in New York’s retail market, the largest in the U.S., to climb 17 percent by 2025.

• Introducing a free mini M.B.A.-type program for 35 participants through a partnership with the Fashion Institute of Technology.

• Lead a search for New York City’s most innovative retailer that will result in free temporary retail space, marketing and public relations.

• Create a fund to provide loans to emerging designers provided they use local manufacturers to produce their collections.

• Establish a fellowship program for fashion management, and reach out to more interns and college students through a coordinated effort with Parsons The New School for Design.

• Set up a job placement program for college graduates.

Bloomberg noted how the fashion industry employs 173,000 people, accounting for 5.7 percent of the city’s workforce and generating nearly $2 billion in tax revenue annually. The fashion industry is a $350 billion business in the U.S., according to Maloney. She and Rep. Jerrold Nadler (D., N.Y.) co-founded the fashion caucus to provide copyright protection for fashion designs and to separately work with Bloomberg and city council officials to preserve New York’s Garment Center.

Held at the Council of Fashion Designers of America Fashion Incubator, Prabal Gurung, Maxwell Osborne, Bibhu Mohapatra, Yuvi Alpert and Alice Ritter were among the members of the inaugural group that attended Monday’s gathering. Noting how half of the participants were born elsewhere, Bloomberg repeated his call for immigration reform to make it easier for foreigners to start businesses here. He also repeatedly stressed the need to cultivate young design talent, especially since the rock-bottom pricing of overseas production has stung domestic manufacturing. “The bottom line is America can compete, but we need to work harder and look at how we design things to make them more effective and of better quality,” Bloomberg said. “If all that we do is to try to blast what everyone else is doing, it’s a spiraling down of our efforts.”

During a Q&A, the mayor said the city’s “intellectual capital” should be the emphasis, not domestic manufacturing, which can’t compete pricewise with overseas sourcing, especially “if you’re going to make a million white T-shirts.” And where that production went is once again moving to more affordable countries, Bloomberg said. Picking up on that thread, CFDA president von Furstenberg said the increasing cost of production in China has spurred some designers to bring some production back to New York. Noting how she has expanded her own sample room in Manhattan, she said, “Things are changing. It’s not all one way.”

Bloomberg added, “China is the marketplace of the future. That’s where America is going to sell its goods to.”

Afterwards, Gurung said, “For someone like me, who makes 95 percent of the collection in New York, it’s great to see this initiative and effort. It gives me hope that perhaps there will be some benefits for the Made in New York label to get down the line — such as a tax cut or something that will help us be more competitive pricewise with goods made in Europe and Asia.”

Making sure that people want to work in the city is imperative, said Bloomberg, adding that corporate taxes are “much too high” for domestic manufacturers to compete with international counterparts. He said the same argument cannot be made for income taxes and repeated his stand to eliminate all of the Bush-era tax cuts as the only way to close the budget deficit.

As for City Council Speaker Christine Quinn’s recent proposal to establish a design week, modeled after fashion week, to market the nearly 40,000-person-strong design industry that encompasses interior decorating, architecture and other sectors, Pinsky said that, too, is “something that could certainly be good for the city.”

When asked about the CFDA’s decision to leave the garment center to relocate downtown, von Furstenberg had a rapid-fire response. “We looked very hard to find what we needed. We at the CFDA, we represent downtown. We represent midtown. We are New York. We are fashion. We promote staying here. We promote manufacturing here. Clearly, we are doing our job,” she said. “I should be a politician.”

Many of the 800-plus New York-based fashion companies are scattered throughout the city. Rezoning the Garment Center remains an unsettled and controversial matter. Results from the second part of the CFDA-backed Design for Public Space’s Made in Midtown survey should be released soon, according to von Furstenberg. Where that will lead remains to be seen. On her way out of the Fashion Incubator, Maloney, wearing a red suit and a red Birkin bag, told a reporter, “Anyone who says they know what’s going on with the redistricting is lying.”