WWD highlights the graduation projects of six MA students at the Royal College of Art in London. The collections, which take in gender dysphoria, symbiotic clothing and inclusive design inspired by bricklayers, will be made public online on Thursday.

LONDON — WWD highlights six Royal College of Art fashion MA graduate collections, which will be available for all to view on the college’s new digital platform, RCA2020, starting on Thursday. 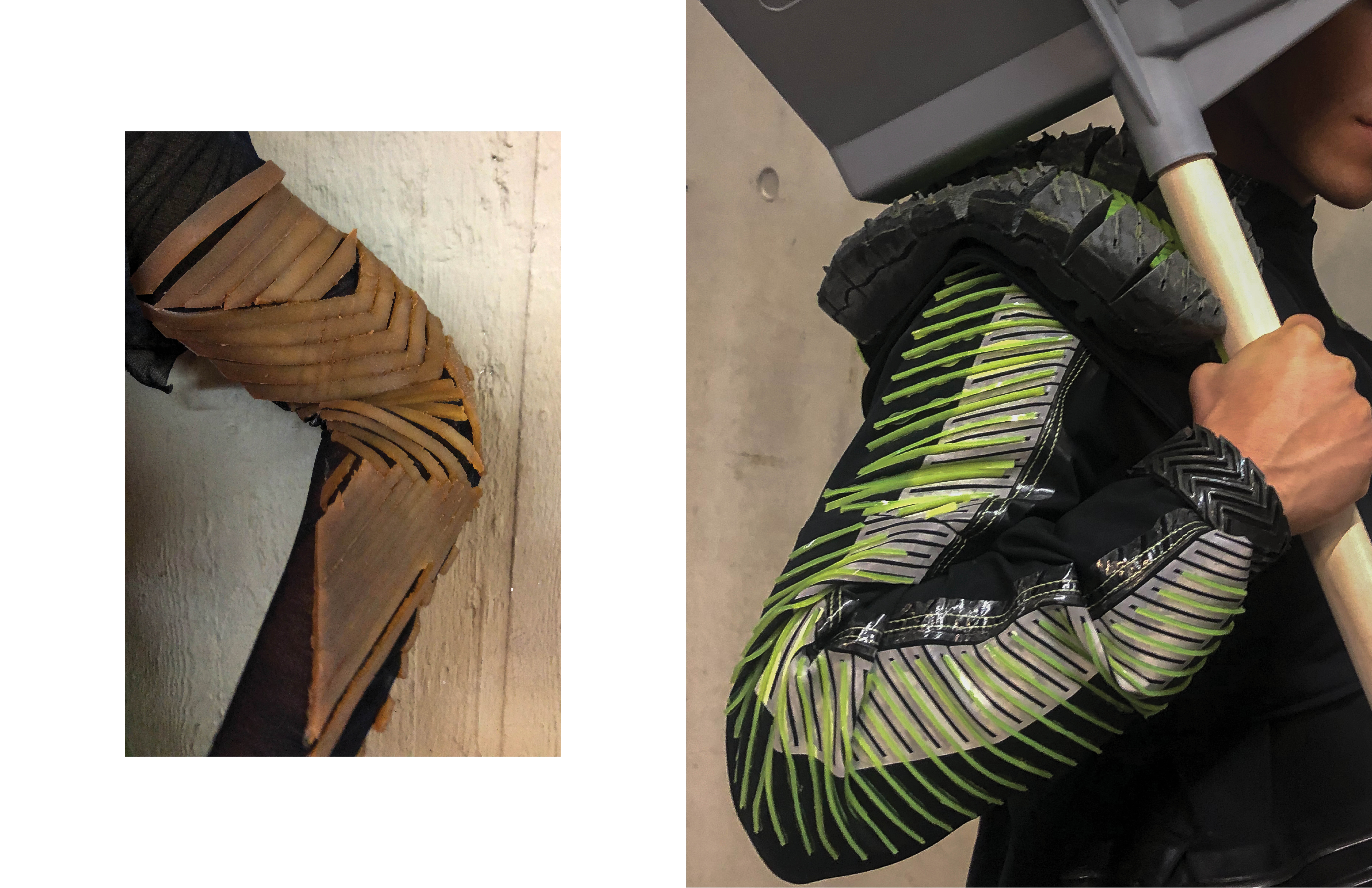 Men’s wear student Mei Sze Tsang’s collection “Brickman” aims to solve some real-life problems. She got the idea one day when a bricklayer sat next to her on a bus. They began chatting, eventually became friends, and she later started conducting research with a team of bricklayers on a construction site in West London. Tsang observed their movements during work, and identified flaws in their existing work garments. The result is a collection of light, but durable, protective gear that’s grounded in reality and reflects what the future of construction workers’ clothing could be. 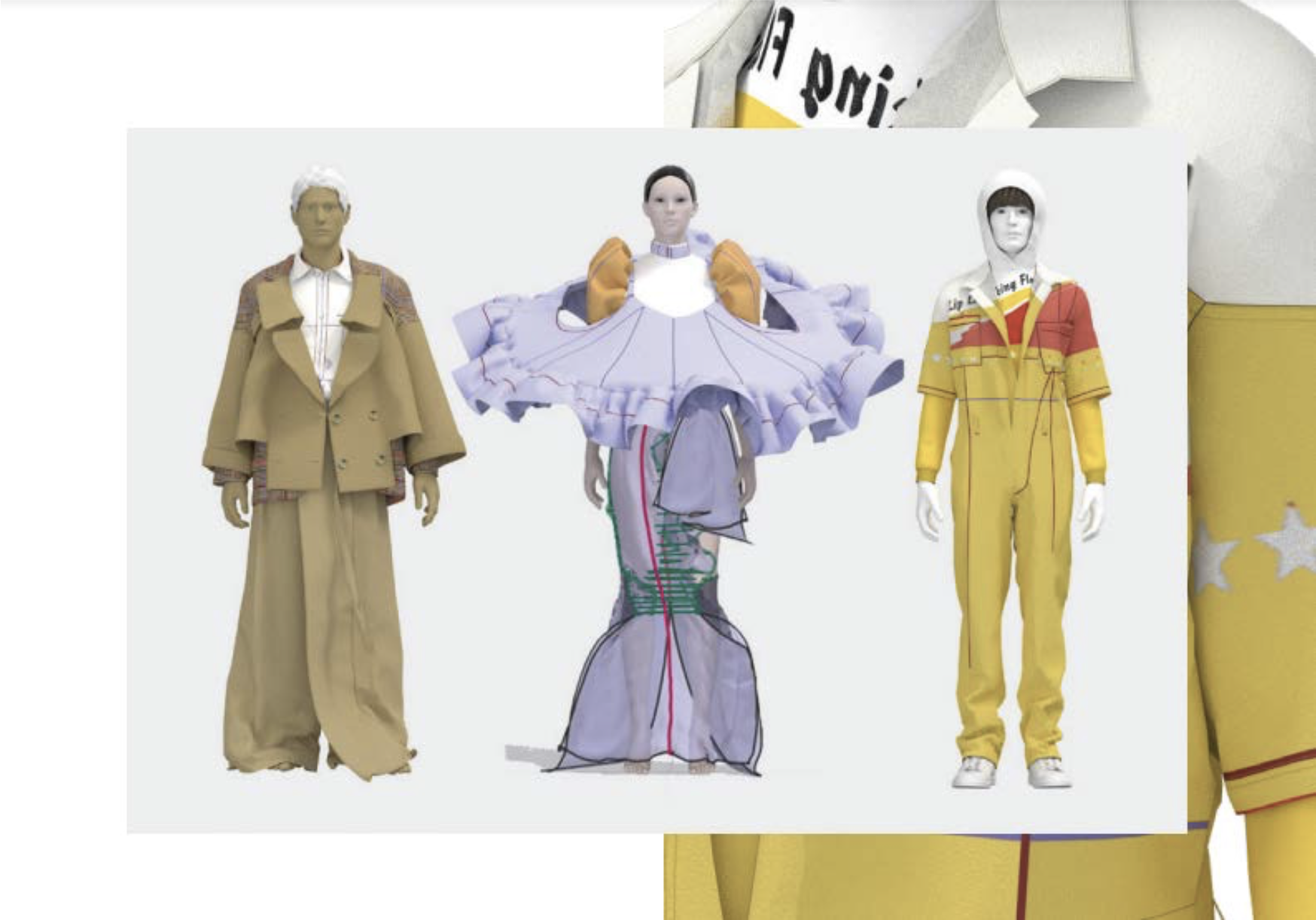 Marie Isaacson, another men’s wear student, explores “online alter egos and how people represent themselves in the real world compared to the virtual world,” with a focus on gaming. The project is about the relationship that players have with their avatars in massive, multionline, role-playing games, where thousands of people spend varying lengths of time, and the events they experience within these games. Her designs aim to understand and represent the connection between the player and the avatar. 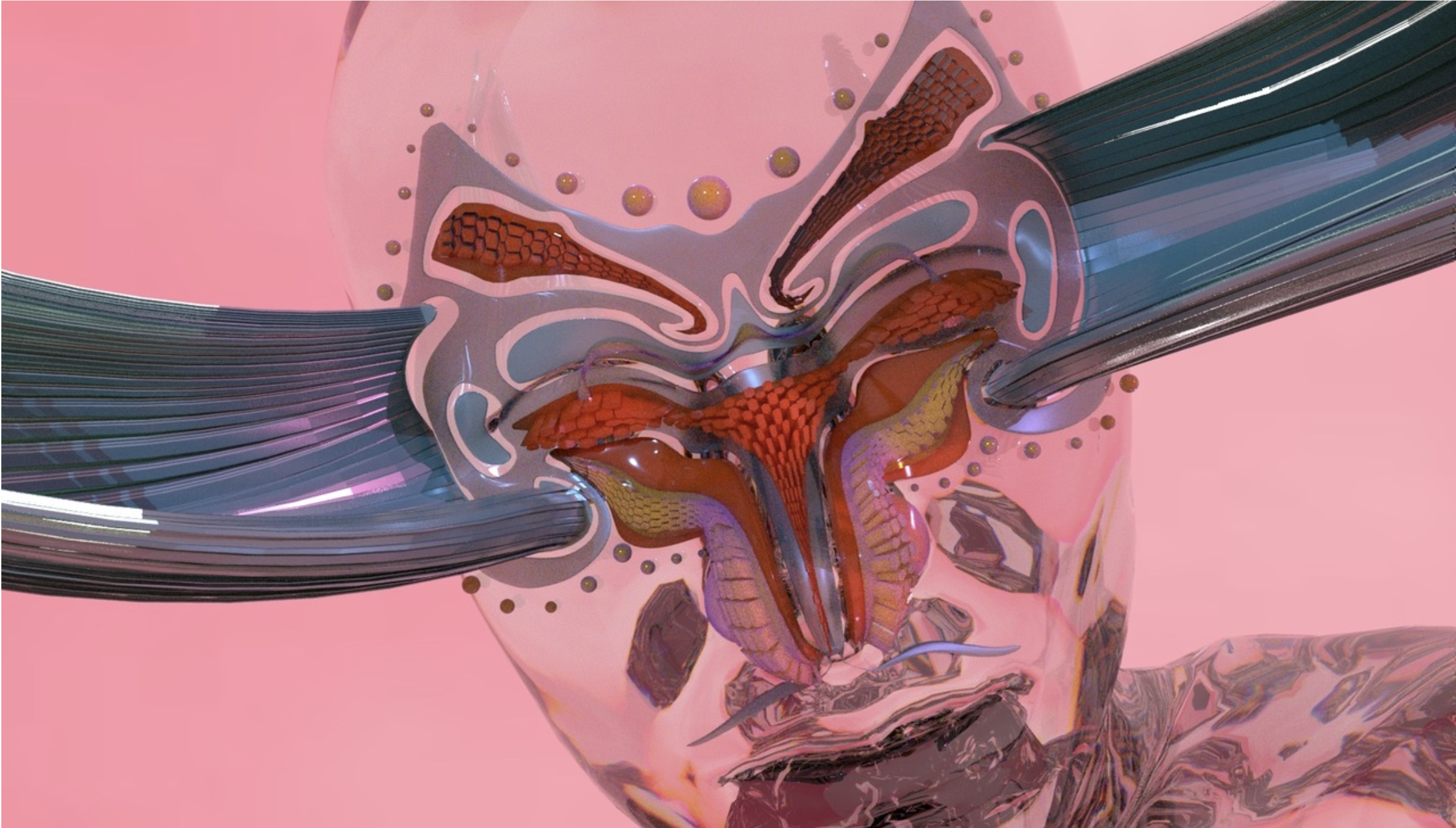 With dazzling 3-D-rendered animations, women’s wear design student Marcela Baltarete drew inspiration from their own experiences with gender dysphoria, depression and chronic illness for their graduate collection. “I would describe my work as being at the intersection of transhumanism and postgenderism,” they said. “Realizing all my body’s limitations made me want to create a variation of digital selves in a world where I could visualize myself in a less constricted way, and just be. I’ve treated this project as a therapeutic way of working, where I let my instincts lead the direction in which I’m going followed by an analysis of my choices.” 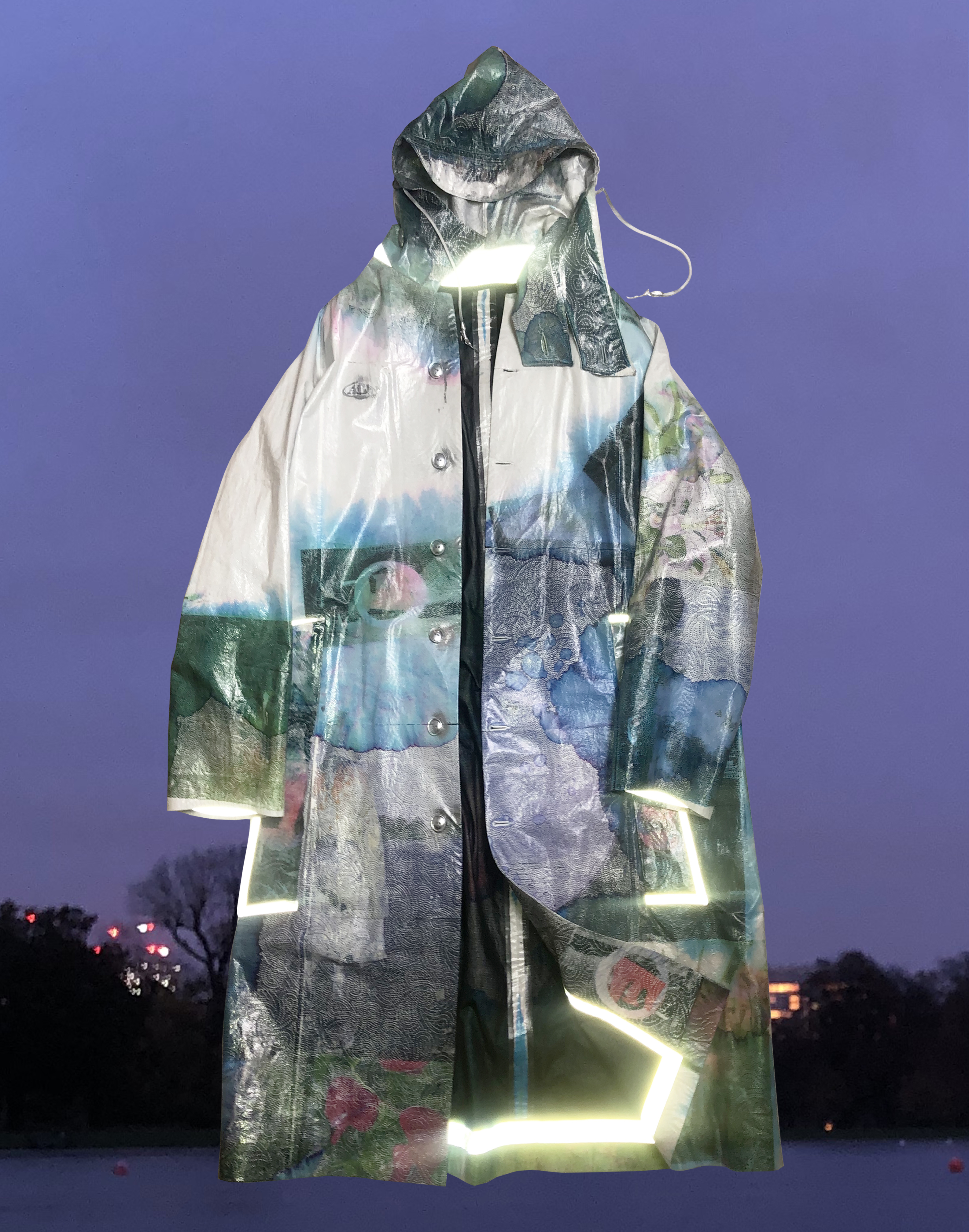 A coat made from specially treated kitchen towels by Tianan Ding.  Courtesy Photo

Tianan Ding is a design student, and a musician. The logo ALA, commonly seen throughout the collection, is also her music label. She has been heavily influenced by hip-hop music and streetwear culture since she was a child, but dislikes how luxury brands are capitalizing on the market. Her graduate collection, “Revalue,” is a critique of the streetwear’s current status as luxury goods. She’s reversed the value of a garment, using specially treated hand-painted kitchen towel as the fabric, and leather and cashmere as lining. “My pursuit is affordable coolness, I would like to advocate the authentic wearer of streetwear, the one who can’t afford designer clothes,” she said. 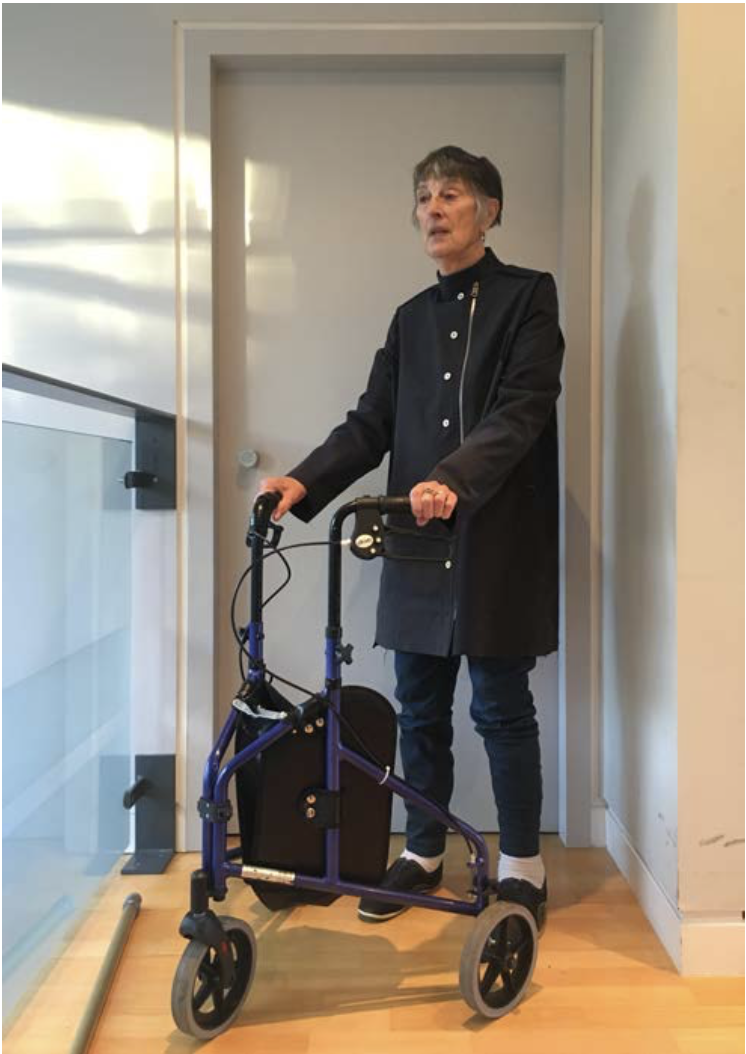 Ellen Fowles explores inclusive design with her graduate collection. She created a capsule for her grandmother, Marian Fowles, who now spends most of her time either at home, or in the hospital as a clinical outpatient. “My intention was to provide her with garments that would grant her the freedom to live according to her desires, rather than against the constraints of her medical clothing,” she said. “I use sportswear techniques, such as kinetic garment construction and ergonomic pattern cutting, to enhance functionality. The ability to involve the wearer, and those they frequently interact with, such as carers and physiotherapists, will enable me to cater to a more diverse market, and…practice inclusive design.” 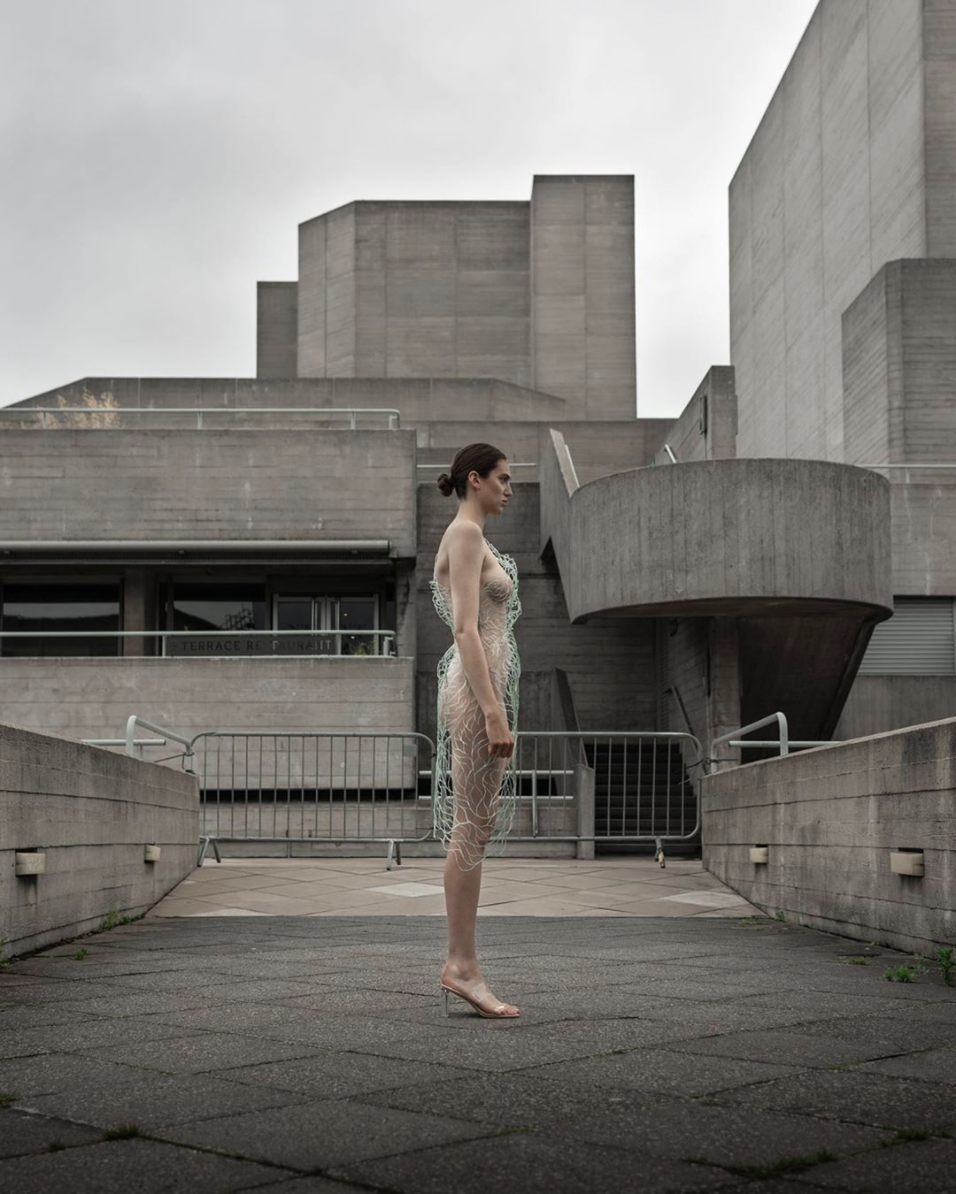 A dress made from 3-D modeling, motion capture and 3-D animation by Søs Christine Hejselbæk.

Women’s wear student Søs Christine Hejselbæk has looked to the theory of proxemics, the study of human interaction in space, for her graduate work. “I focus on designing out waste streams,” she said. “This project consists of a photosynthetic, 3-D printed body-architecture piece that converts CO2 in the atmosphere into oxygen.” Through 3-D modeling, motion capture of the body and 3-D animation, she has created a design that could potentially be made from robotically extruded biodegradable materials derived from cornstarch and infused with Spirulina algae.