Meghan Markle, Edward Enninful on Working Together on the September Issue

In her guest editor’s letter for British Vogue, Markle writes about her aspirations for the issue.

LONDON — British Vogue’s latest guest editor, the Duchess of Sussex, has scrapped the rules once again, signaling to the U.K., and to the world, that royal wives don’t have to conform.

This is the woman who made a surprise appearance at the British Fashion Awards in order to hand her wedding dress designer, Clare Waight Keller of Givenchy, the award for designer of the year, women’s wear; who kept the details of her baby’s birth secret until after he was born, and who refused to let the public have a look into her son Archie’s christening earlier this month.

She’s also the woman who fired up her computer and e-mailed British Vogue’s editor in chief Edward Enninful without ever having met him.

“I was spending a few days in the Austrian mountains when a message arrived in my inbox out of the blue,” writes Enninful in his editor’s letter for September, a copy of which WWD has seen. “The sender went by the simplest of monikers — “M” — and for a second I was confused, wondering who this mysterious, one-lettered correspondent could possibly be.”

Meghan Markle asked if they could meet to talk about how the magazine could support her charity projects, in particular Smart Works. And then she asked if he’d consider co-editing a special issue with her “to highlight all the brilliant female changemakers who have made a laudable impact in recent times, and who are set to reshape society in radical and positive ways in the future.” 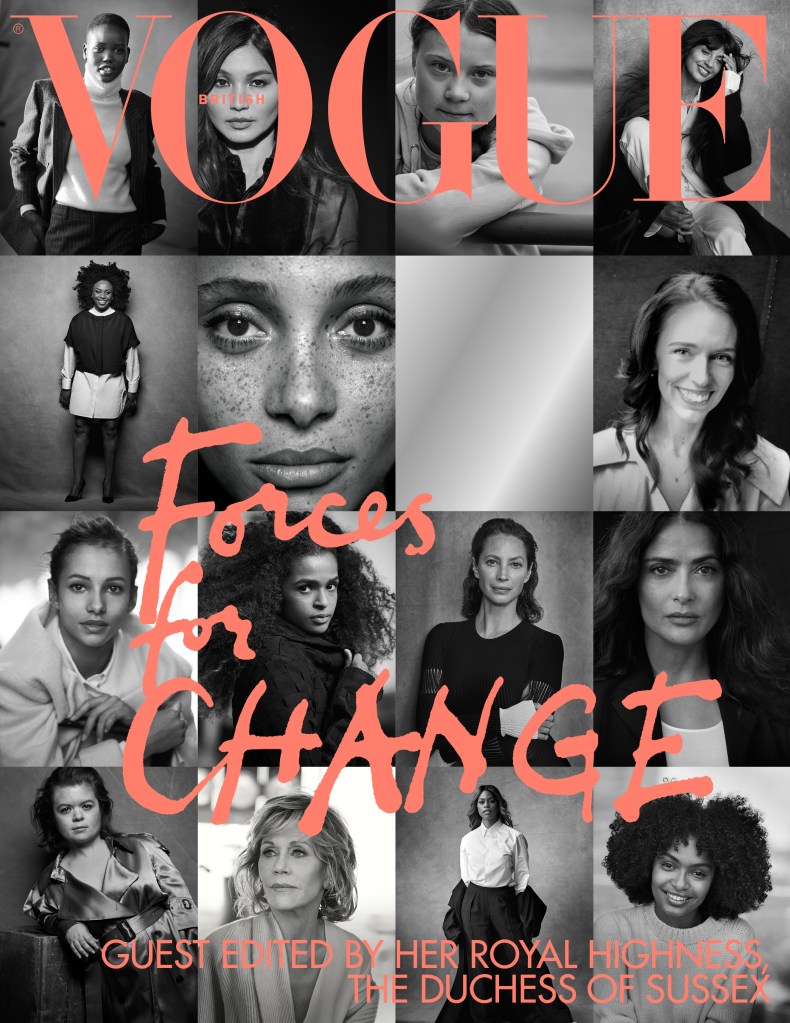 The September 2019 issue of British Vogue.

Enninful didn’t hesitate: “I didn’t have to think: I knew the answer was yes,” he writes.

This is a world where magazines usually are the ones making the royal ask — not the other way around.

In her own guest editor’s letter, the duchess admitted she was nervous about it. “I know how important the September issue is for the fashion industry. I realize the reach, and I see the opportunity to be a part of fashion’s push for something greater, kinder, more impactful. But I am also a little nervous to be boldly asking the editor in chief, whom I’ve only just met, to take a chance on me,” she writes.

She said she and Enninful were going for “substance and levity” in the issue, which is called “Forces for Change” and spotlights 15 barrier-breaking women plus an interview by Markle with former First Lady Michelle Obama.

The duchess said that as she worked she took inspiration from Anaïs Nin, who said in one of her books: “‘I have no fear of depths and a great fear of shallow living.’ For this issue, I imagined, why would we swim in the shallow end of the pool when we could go to the deep end? A metaphor for life, as well as for this issue. Let’s be braver. Let’s go a bit deeper,” she writes.

Team Vogue certainly dug deep for this issue: According to sources, only 13 people at Vogue House in London knew what the September issue was really about, and they came up with a code name for the duchess. 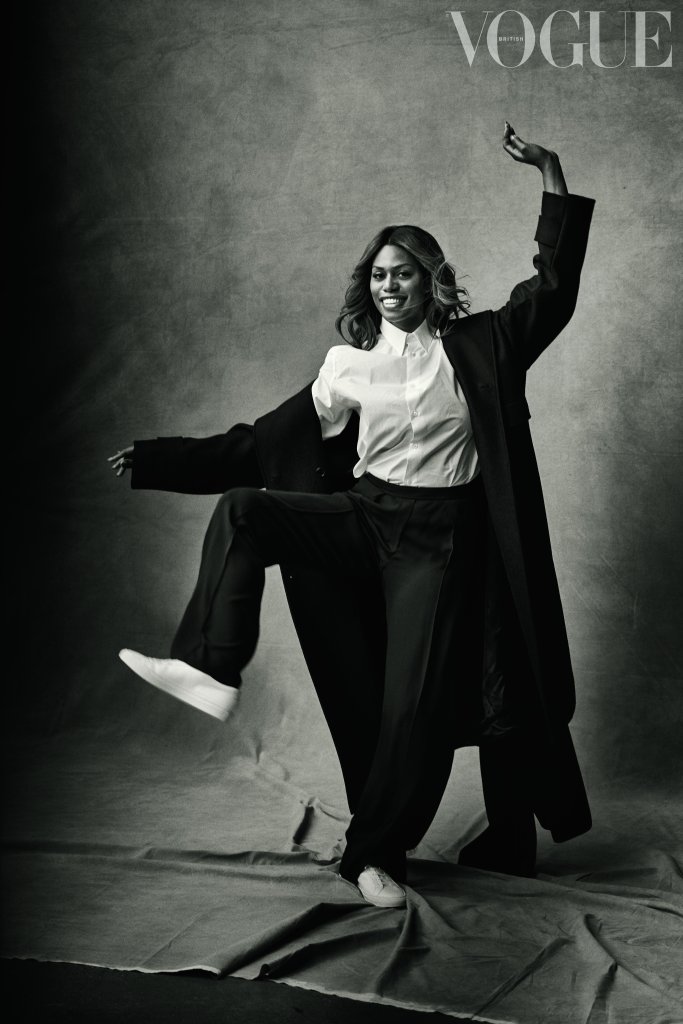 The team had two issues running at once, the real one and a fake one. For the real one they worked secretly, hand-in-hand with the duchess’ team at Kensington Palace, over seven months. For the fake September issue they went ahead and wrote copy and had meetings.

The designers whose work is featured in the pages had no idea the duchess was guest editing the title and neither did most of the 15 cover faces. All they knew was that they’d be in the big September issue. The issue arrives with subscribers on Tuesday and hits newsstands on Aug. 2.

Markle isn’t kidding when she writes that the issue and the 15 women it features “is about the power of the collective. In identifying our personal strengths, it is anchored in the knowledge that we are even stronger together. These are our forces of change.

“By the time you hold this issue in your hands, my husband and I will be holding our three-month-old baby boy in ours,” she adds. “It’s a very special time for me personally on so many levels.

“To the women who have taken my aspirations for this issue and brought them to life, I am so grateful, you are inspirations to me and I’m humbled by your support. And to you, the reader, thank you and I hope you enjoy,” Markle writes.

The next question is what other surprises she has in store.