The Los Angeles designer, one of the few women to have a place in the cradle of streetwear, Fairfax Avenue, grew her celeb-loved jewelry collection into apparel and collaborations with Reebok and Nike.

Designer Melody Ehsani poses for a portrait at her showroom in Compton, Califonia.

The Los Angeles designer, one of the few women to have a place in Los Angeles’ streetwear scene, grew her celeb-loved Plexiglass jewelry collection into apparel with empowering messages such as “Fortune favors the bold” and “Evolve or dissolve,” and high-profile design collaborations with Reebok and Nike.

As part of her creative director role, Ehsani will curate a monthly selection of Nike and Jordan product, and drop quarterly apparel capsule collections designed specifically for Foot Locker, in-store and online. The first drop will be in June.

“Melody Ehsani is a driving force behind empowerment and equality for all individuals,” said Alexis Stoll-Scigliano, director of brand marketing for Foot Locker Women and Kids. “Foot Locker is thrilled to appoint Melody to creative director of the women’s business, where she will bring her entrepreneurial spirit and streetwear experience to the women’s team.”

Although Foot Locker’s total sales fell 1.4 percent year-over-year to $2.19 billion, according to an earnings report earlier this month, chairman and chief executive officer Richard Johnson touted the fourth quarter’s strong bottom-line results, full-price sell-through and “12 Days of Greatness” holiday campaign, featuring a number of design collaborations, including one with Ehsani.

A native of L.A., Ehsani started out wanting to become a lawyer before following her passion into design and taking night classes at Art Center in Pasadena, Calif. “I wanted to design vacuums, cars, makeup packaging, but it was hard to break into that without experience or a degree,” she said during a recent visit to her studio at Dragon Crowd Garment Inc., which became her first outside investor last year. (The Chinese-owned manufacturer produces clothing for Volcom, Roxy and Quiksilver, among others.) “The easiest place to start was fashion, and I got hooked up with a sneaker internship first.”

Starting in footwear, she made shoes for Prince and his backup dancers, as well as some merchandise for the late pop star. But over time, she transitioned to jewelry. 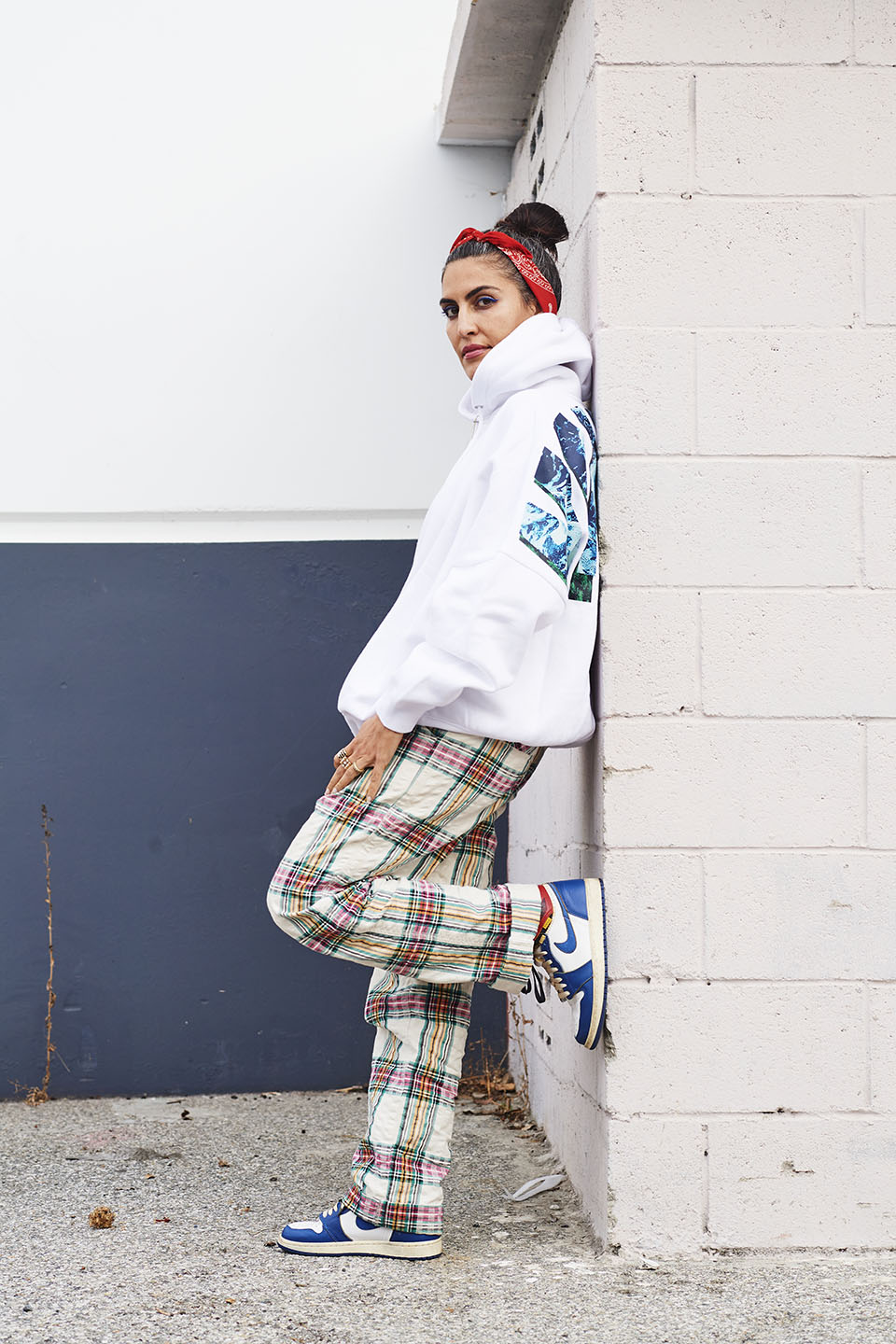 Designer Melody Ehsani poses for a portrait at her showroom in Compton, Calif.  Michael Buckner/WWD

Perhaps taking inspiration from industrial design, she started her business in 2009 with jewelry made of laser-cut Plexiglass. Two-finger rings and nameplate necklaces spelling out “Love,” “Unity,” “Luxury” and other words were an instant hit, drawing celebrity attention to the brand from Alicia Keys, Rihanna, Lauryn Hill and more. Ehsani was recently tapped by costume designer Ruth E. Carter to make custom designs for the film “Coming 2 America.”

She opened her store on Fairfax Avenue in 2011. “I had friends who had stores there and was dating someone at Supreme at the time,” she explained. “It was close to Melrose but just far enough away where the rents were OK. Back then, the only people we would get coming in were skaters or kids from the local high school.”

From the start, she wanted the store to be a place to gather.

“Being political is trendy now, but I’ve always been doing it,” she said. “When I opened my store, I wanted to make it a community center, to bring in people who could educate or inspire about racism or the environment,” she said of the regular events featuring authors, activists, artists and even a medical intuitive, which have shifted online during the pandemic. “It’s the same thing I do with my products —encourage conversations, thought and consciousness.”

Of course now Fairfax is the cradle of streetwear, with stores like Flight Club, The Hundreds and FourTwoFour, fans lining the sidewalks for drops, and hot restaurants such as Jon & Vinny’s and Cofax.

“Growing up, streetwear was never called streetwear. It was any brand with some voice of cultural awareness. So in that regard, I am streetwear, I wanted to fill a hole I saw in that market,” said Ehsani, one of the few female-owned brands that has had a presence at ComplexCon.

“I really appreciate the holistic way she approaches her business and melds that with her personal outlook on life. She always has an amazing symmetry,” said Chris Gibbs, cofounder of the influential L.A. streetwear store Union. “I am also a huge fan of her community. She has this great group of friends, associates, and collaborators around her that are ride or die and she is ride or die right back.”

A regular meditator, Ehsani brought a love of empowering words and mantras to the sneaker space, collaborating with Reebok in 2017 on capsule collections of shoes and apparel honoring women who inspire, including Egyptian Queen Nefertiti, whose image was paired with the phrase: “The power of the people is greater than the people in power.” 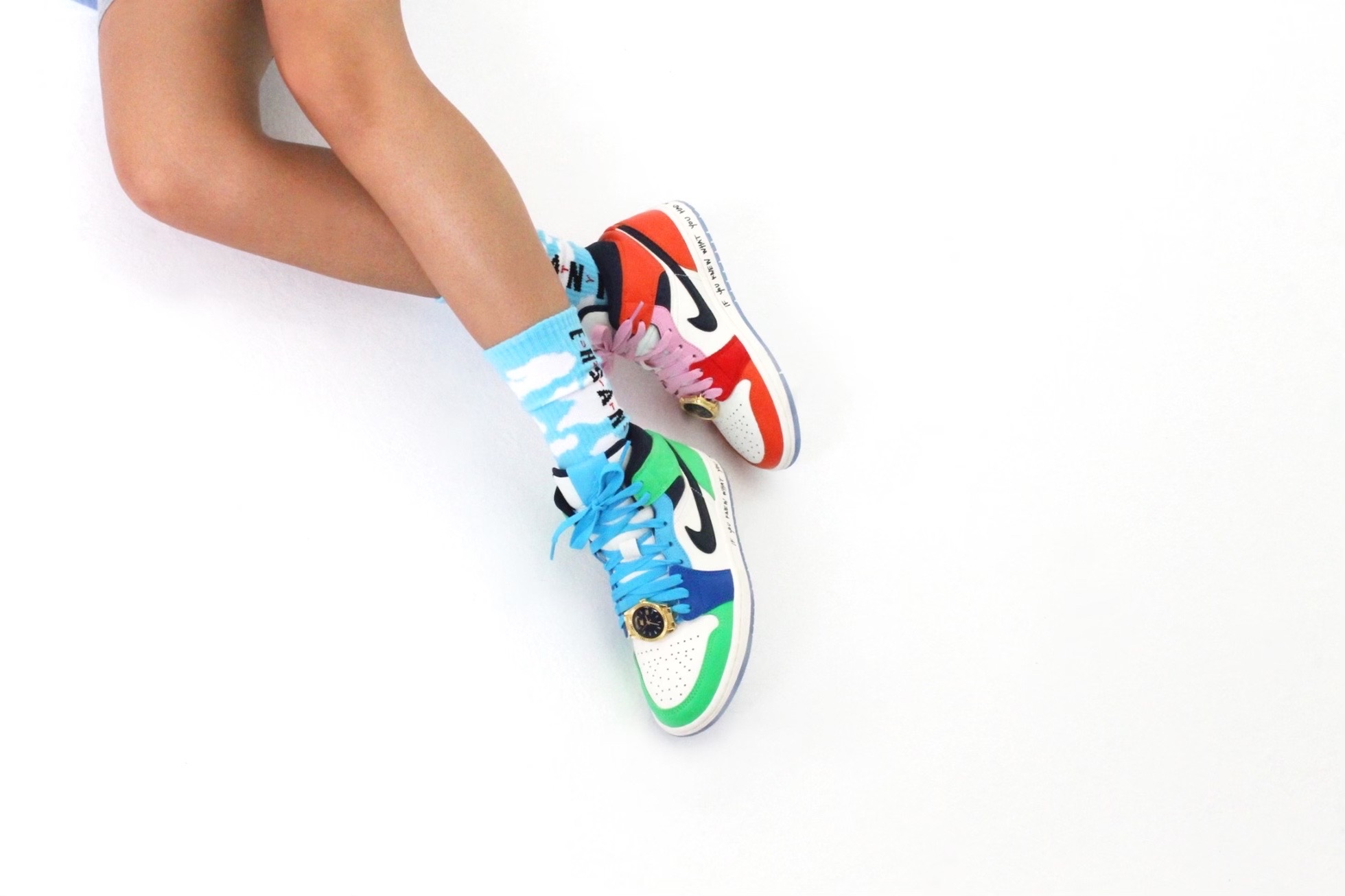 In 2019, she teamed with Nike Jordan and her first design for the brand was a pair of Jordan 1s in mismatched colors with a gold watch embellishment, and several handwritten mantras including, “If you knew what you had was rare, you would never waste it.” The shoes are now selling for 10 times their original price on sneaker resale sites.

“Ever since I was a kid, I’ve always loved basketball,” said Ehsani, a lifelong Lakers fan who grew up in the San Fernando Valley. “I was obsessed with Michael Jordan and Magic Johnson and I wanted all those shoes.”

She doesn’t consider herself a collector, though, “because I actually wear mine,” she laughed.

“I enjoy infusing conscious thought into product. It’s like when you go to a therapist and they say a certain set of words and it sets you on a trajectory. If there is something I can say in a particular way that might empower someone then I put it on a product. And there’s something about having that on a shoe and accompanying you, so you sit with it and carry it in a different way.”

Ehsani launched apparel in 2017, expanding her offering to include sweatpants, sweatshirts and tube socks with her recognizable “ME.” monogram and tiny rose embroidery logo. “We had really incredible sales last year. We are on a calendar so everything we created, all the sweats, just happened to fit the year.” For spring, she’s added nylon anoraks, jumpsuits, workwear pants and plaid shirts. Prices range from $12 to $140. Over the years, her designs have been worn by Yara Shahidi, Serena Williams and Beyoncé.

As for the clothes she’ll be introducing for Foot Locker, “they will be inspired by basketball but carry you through the day,” she said, and no doubt have a few empowering messages, too.

For Ehsani, the match is one more step toward a lifestyle brand. She’s designed nail wraps for NCLA, and loves a little winged eyeliner, so beauty is also of interest to the designer, who recently launched a podcast called “The Butterfly Forecast,” about how little things can make big changes.

“I really like to collaborate. I respect brands that specialize in certain things. I would rather team up with someone who does beauty well,” she said. “But first, I hope to get really good at what I’m doing so far.” 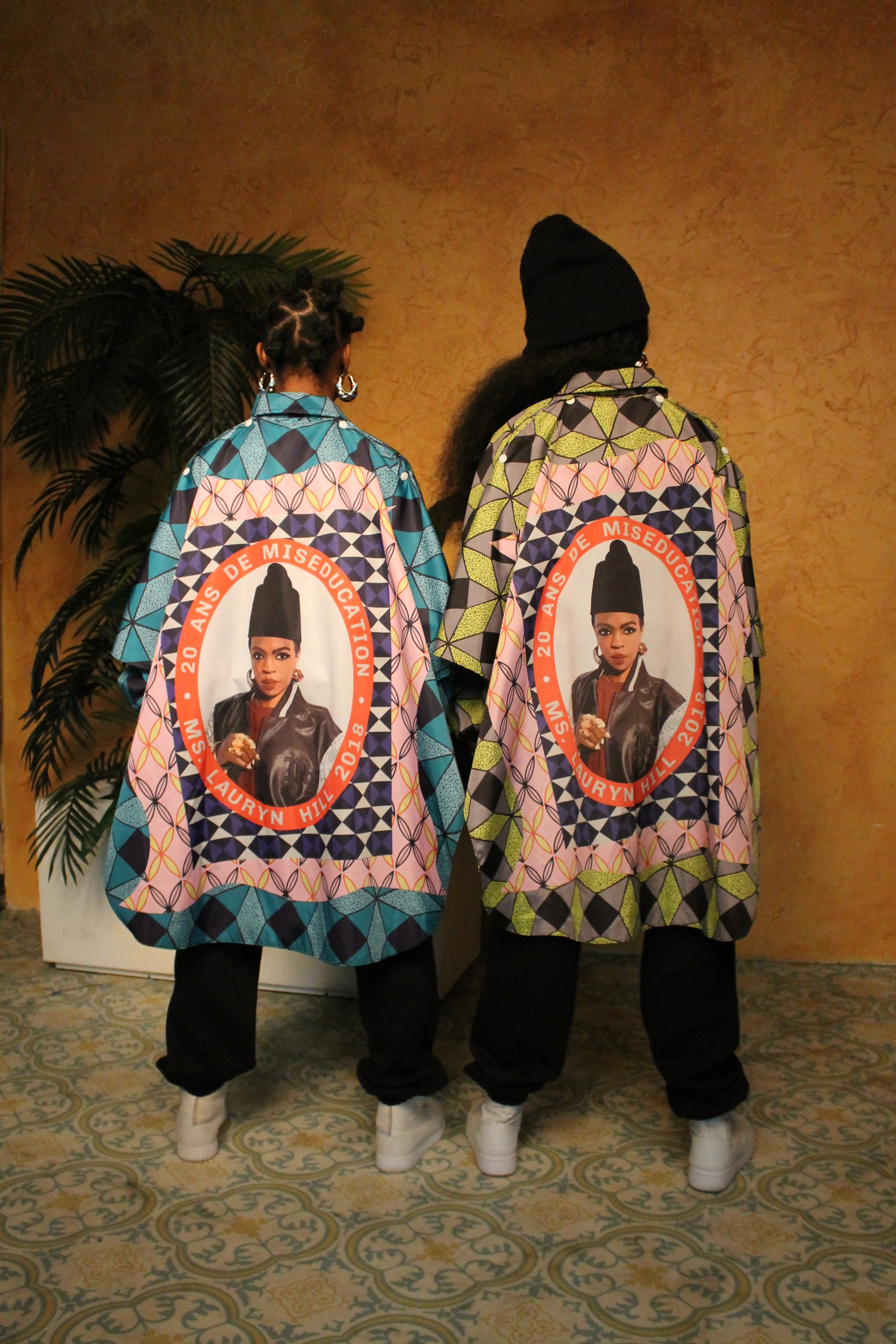 Melody Ehsani designs from 2018 released to celebrate the 20th anniversary of “The Miseducation of Lauryn Hill.”  Courtesy/Monte Cristo