Memo Pad: Two Schools of Calvin … Days of Future Past … And the Award for Best Synergy Goes To …

TWO SCHOOLS OF CALVIN: Rarely has a designer managed to polarize the critics to such a degree as has Francisco Costa, who presented his third women’s wear collection for Calvin Klein on Tuesday to sharply divided reviews. The... 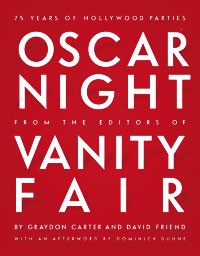 TWO SCHOOLS OF CALVIN: Rarely has a designer managed to polarize the critics to such a degree as has Francisco Costa, who presented his third women’s wear collection for Calvin Klein on Tuesday to sharply divided reviews. The extreme opinions Costa’s collection generated ranged from that of Cathy Horyn, who lavished a heaping nine paragraphs of praise upon the “seismic collection” that “gave new credibility to minimalism” (compared to three sentences for Ralph Lauren) in The New York Times on Thursday, to that of Robin Givhan, who wrote in The Washington Post the same day that Costa “stubbornly insists that sad-sack silhouettes somehow capture the label’s history of minimalist sophistication. For spring, Costa believes in slouchy dresses in gray jersey that are so unflattering that one wonders whether he has ever met a woman, let alone considered the female shape.”

Such a bipolar reaction from the press would leave any designer’s head spinning, but Costa said the one review most important to him — that of Calvin Klein himself — was entirely positive.

“I appreciate everyone’s comment, but at the end of the day, I have to walk down the runway, and if I don’t believe in the clothes, I can’t do that,” Costa said. “It’s my third collection. For me to be deeply upset or happy about a review is dangerous. I have to keep doing my job, and whether I please people or do not please people, that’s really not my problem. As long as I keep true to myself, I will be happy. There are very few people who you can rely on to have an honest eye and to believe their compliment or not. If you looked at every review, then you would stop working.”

Costa noted the retail reaction to his work has grown only stronger in his three seasons behind the label, adding that a dress from the cruise collection featured in Bergdorf Goodman’s windows recently resulted in 10 special orders.

“I do think it’s interesting that people have diversified opinions about the collection, because that’s what makes it exciting,” he said. “It would be sad if I had to do something mediocre just to make everyone happy….If people disagree with me, great, it will give me a chance to make them think differently.” — Eric Wilson

DAYS OF FUTURE PAST: For Adam Moss, hiring new talent at New York magazine is often just as easy as mining old mastheads. Case in point: Kurt Andersen, who edited New York from 1994 to 1996, is returning as a biweekly columnist writing about politics, culture, business, crime and, well, almost everything else. “Adam said, ‘Write whatever you want,’” Andersen, who hosts the weekly radio show “Studio 360,” said Thursday. “It’s sort of what a writer wants to hear and is terrified to hear. The only thing I know nothing about and care nothing about is sports, so I think we can be definitive in saying I won’t be writing about that.” Other New York refugees Moss has brought back into the fold include deputy editor Hugo Lindgren, contributing editors Jennifer Senior and Carl Swanson, and Maer Roshan, who edited the daily issues published during the Republican National Convention. In related news, Ken Tucker has been hired from Entertainment Weekly, where he wrote about television, to be New York’s new film critic. He replaces Peter Rainer, who will stay on as a contributing editor. Meanwhile, New York’s articles editor, Joanna Coles, is heading to More, where she has been hired as executive editor. A search is on for her replacement, a New York spokeswoman said. — Jeff Bercovici

AND THE AWARD FOR BEST SYNERGY GOES TO: Vanity Fair is determined to make its name synonymous with the Academy Awards in the minds of the public. Toward that end, the magazine (which, like WWD, is a unit of Advance Publications Inc.) will team up with Alfred A. Knopf this fall to publish a photography book, “Oscar Night: 75 Years of Hollywood Parties.” Giorgio Armani will sponsor the book, and Vanity Fair will host a launch party for it at the Armani Privé nightclub on Sept. 28, during Milan Fashion Week. Also, in a special promotion, everyone who buys the book will get a VIP pass to Vanity Fair’s annual Oscar party at Morton’s. (OK, we made that last part up.) — J.B.

STYLE FILE: While the spring fashion issue of The New Yorker devoted ample real estate to Michael Specter’s story on Miuccia Prada, the fall style issue forgoes the designer profile altogether. Instead, there’s an Irving Penn portfolio; Nick Paumgarten catches up with photographers Mert and Marcus on the island of Ibiza; Specter looks at Paris restaurant Davé, and Larissa MacFarquhar talks to Georges de Paris, tailor to the President. The issue also contains a story about presidential hopeful John Kerry’s wife, Teresa Heinz Kerry, written by The New Yorker’s fashion writer Judith Thurman, though it’s unclear whether they talked more clothes or politics. Meanwhile, Thurman will discuss the body with Harold Koda, the curator of the Costume Institute at the Met, during The New Yorker Festival on Oct. 3. Rhonda Sherman, the festival’s director, said: “Harold is making a presentation using mannequins to talk about how the body has changed throughout history and how clothing has adapted to it.” — Sara James

TUNE IN: The New Yorker isn’t the only highbrow media outlet looking at the rag trade. On Thursday, interviewer Charlie Rose was due to sit down with designer Diane von Furstenberg, Time Style & Design’s Kate Betts, Vogue’s André Leon Talley and Saks Fifth Avenue’s Ron Frasch to film a segment about the New York spring 2005 collections. Before the taping, Betts gave a preview of what the panel might cover by discussing her highlights of fashion week: “What I always like is the emergence of young talent…Peter Som, Derek Lam, Thakoon [Panichgul], who used to work at [Harper’s] Bazaar when I was there, and much to everyone’s surprise, was taking courses at Parsons at night.” Frasch, who was the only guest appearing on the show for the first time, said he was asked to be on the panel by von Furstenberg. Though he’s been acquiring pundit status of late — most recently talking trends with The New York Post and The Wall Street Journal — Frasch thought his high-profile fellow panelists might overshadow him: “They’ll make me look small.”

In the late-Nineties, Rose had a string of interviews with fashion designers, including Hubert de Givenchy, Marc Jacobs, Tom Ford, Oscar de la Renta and John Bartlett, but in the post-Sept. 11 landscape, fashion all but disappeared from the broadcast. When asked if Rose’s first-look deal with Time magazine might lead to more collaborations with Style & Design, Betts said, “I think in terms of what they cover, it would have to be news-related.” The panel is scheduled to air tonight on PBS at 11 p.m., though, of course, breaking news could preempt. — S.J.