Facing a storm of rising raw material prices, increased production costs and slow deliveries, retailers are getting slammed with a rise in wholesale prices. 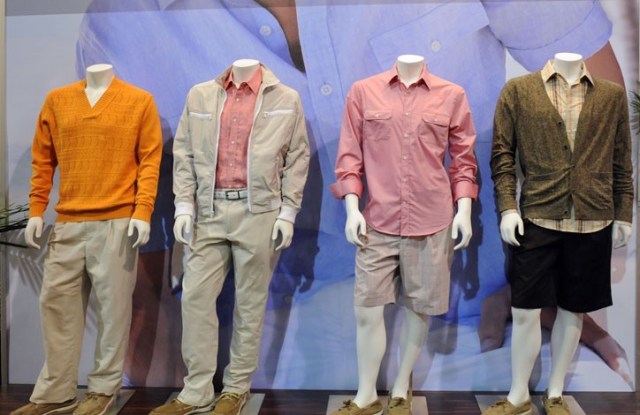 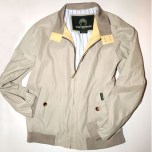 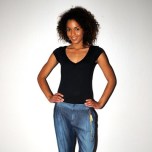 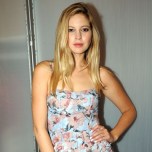 LAS VEGAS — The squeeze is on.

This story first appeared in the August 18, 2010 issue of WWD. Subscribe Today.

Facing a perfect storm of rising raw material prices, increased production costs and slow deliveries, retailers are getting slammed with a rise in wholesale prices of 10 to 15 percent for spring.

Still mired in the throes of the recession, merchants are looking for innovative ways to offset the increase in prices. Knowing passing it along to the consumer will meet with resistance, they’re looking for innovative ways to deal with the issues. Solutions include taking a hit on margins, changing their vendor mixes, placing orders early or buying products consumers find it hard to pass up.

That was the overriding buzz at MAGIC and the other trade shows here this week.

The whole trend toward heritage is also a strong direction for next year.

Durand Guion, men’s fashion director for Macy’s, said he was hopeful about the future in light of the company’s strong first-half business. “We feel good about the opportunities for third and fourth quarter and we’re energized to be here,” he said.

Strong trends in men’s wear for spring will give the customer a reason to add to his wardrobe, he added.

The number-one item on his shopping list is “nondenim alternatives,” he said, noting he is also “excited about utility trends and the return of olive green.” Updating men’s wear basics such as Henleys and hoodies in stripes, prints and patterns will drive sales and give customers “a reason to buy,” Guion said. Ditto for florals reinventing the woven shirt business. “If we give him something new, he’ll buy.”

Turning to the issue of price increases, Guion said the hikes are coming on “a case-by-case basis.” Macy’s is working with vendors to address the issue and is committing to its fabric choices more quickly than in the past in order to hedge its bets.

“We’re seeing cost increases of 10 percent or more,” said David Mihalko, vice president and divisional merchandise manager of men’s sportswear, collections and young men’s for Belk. “The issue is how much can we absorb internally and how much we can pass on.”

He said customers today are “only willing to pay so much,” particularly for basics, so the challenge for retailers is to find exciting new product that will convince them to pay more. “We have to hit key price points,” he said. “But customers are always willing to pay for novelty and newness.”

At the shows, he and his buying team were searching for military trends, Western double-faced wovens, denim and novelty shirts.

Conrad Szymanski, president of Bealls Outlet, said, “The biggest battle we’re all facing is increasing prices. It seems relentless: cotton, labor, containment costs. It’s a real issue, and I don’t think the American consumer is ready to pay more.” He estimated spring wholesale prices are up 10 to 15 percent.

In response, he said retailers and manufacturers must “compress our margins going forward,” and “take small steps forward in retail prices” by seeking out new brands or key product.

At MAGIC, his “single biggest appetite” was for shorts. “We’ve had a great year in shorts, so we’re looking for immediates.”

In terms of business, sales fell off in June and July after a strong spring, but Szymanski is hopeful things will improve in the second half.

Scott Collins, vice president of merchandising for Downtown Locker Room, said although he is seeing some modest price increases, the larger issue is “supply and delivery. We can deal with price by passing a small increase along to customers or taking a margin hit,” he said. “But if goods are 20 or 30 days late and then we have to fly them in, that’s much worse than a surcharge on cotton.”

Collins said he’s “working further out to stay on top of the production issues and juggling deliveries between brands when there’s a void” to ensure that the floors are well stocked. “You can’t sell what you don’t have.”

At MAGIC, Collins said he was “looking for any last-minute hits for fall” and searching for new vendors in accessories, T-shirts and denim. “We seek to get an edge with a hot, new vendor,” he said.

Downtown Locker Room is experiencing strong business — comps have risen for six consecutive quarters, he said, and back-to-school sales are encouraging. “Our inventories are in line — even a little light, in some cases — and all markets are doing well,” said Collins.

Doug Ewert, president of Men’s Wearhouse, has seen a “modest” increase in prices due to rising cotton and labor costs in China, “but there are many ways to deflect it,” including switching factories, sourcing spots or suppliers. Shifting more emphasis to private label also can provide stores with more flexibility, he said. “Basically, it’s a next-year issue.”

In Las Vegas, Men’s Wearhouse was looking for off-price opportunities in all categories, from tailored clothing and furnishings to sportswear. “Our inventories are in line and we have open-to-buy,” said Scott Norris, general merchandise manager. He said the clothing business has been “fairly healthy” with suit separates performing well, along with slacks, slim-fit dress shoes and shoes. Denim and related tops also have been strong.

Looking ahead, Ewert said he’s expecting business to be “difficult” in the second half until the unemployment figures begin to come down. “Until then, we’ll be slugging it out with everybody else,” he said. “But right now, there’s no end in sight.”

Jeff Gordman, president and chief executive officer of Gordmans in Omaha, also is faced with 10 to 15 percent price increases for spring. To combat the rise, he said the strategy is to “ensure we have a diverse vendor base” and “figure out creative ways to work with our vendors and become more meaningful to them.”

“Rethinking lead times” is also a must, he said.

With some women’s brands, prices have inched up as companies have reverted to more expensive materials after swapping them for affordable alternatives during the recession, according to Shilpa Naik, director of merchandising for Palo Alto, Calif.-based independent fashion brand e-tailer Moxsie. For example, a polyester dress that retailed for $120 becomes $180 when it’s silk.

“I’m not too concerned,” said Naik. “If customers are loyal to the brand and the brand’s image, I think they would go with it.”

April Koza, buyer for Cerritos, Calif-based revolveclothing.com, credited brands for continuing to work with retailers to keep prices down. “I haven’t seen anybody increase. People are even shrinking margins so retailers can move their goods,” she said.

Ken Petersen, founder and ceo of Apricot Lane Boutique, a Vacaville, Calif.-based franchise chain of 45 specialty apparel stores by yearend, indicated premium denim has plateaued at $100 to $150, a range he doesn’t believe will shift in the near future. But he said Apricot Lane customers, who are mostly 25 to 35 years old, are drawn to variety in pricing, such as when $36 off-brand jeggings are alongside $100 branded jeggings.

“The average price point has come lower over this past year as our consumer has become more conservative,” said Petersen.

At retail, Adam Bernhard, ceo of Los Angeles-based private sales Web site HauteLook.com, speculates price changes will depend on the sector. “Luxury is going to continue to move upscale, which means that the entry-level price point for luxury will rise, and you will start to see a push down in the lower end,” he said. “You will see more diffusion lines from [designers] in contemporary.”

Although uncertainty remains, retailers are arriving at MAGIC and the ancillary trade shows more upbeat than last year at the same time. “We are going into our fourth quarter enthusiastic,” said Petersen. “I have some stores comping 40 to 50 percent from last year.”

“Last year, I wasn’t looking for new brands,” said Koza. “Now, I feel like we are just looking for something new. We really want something that is fresh and interesting.”

But the positive attitude doesn’t mean retailers are spending lavishly. Several retailers reported they are zeroing in on items within brands that move, while avoiding borderline merchandise.

Jon Fahrner, ceo of Moxsie, estimates the e-tailer will move from stocking 100 brands to honing in on 50 or 60 key brands. “The idea of being a large destination and 90 percent of the merchandise doesn’t appeal to you [the shopper] is harder to build than a more focused retail site,” he said.

Moxsie, which tends to attract customers who pick up on trends before they percolate through the retail universe, is detecting a wave of interest in the late Eighties and early Nineties. On its Web site, it has delineated lifestyle categories by movies of the era such as “Clueless” and “Desperately Seeking Susan.” Military influences are prominent in merchandise inspired by that time period, such as short floral dresses, often paired with army boots.

Cargo pants are still a force in bottoms, but trends in denim are harder to pin down. While skinny jeans remain the rage at Apricot Lane, fashion-forward customers at revolveclothing.com are segueing from the skinny into flair styles for fall and beyond. “Flairs are back,” declared Koza. “We have seen tons of them, and we are excited about them. We have seen skinny-skinny for so long.”

Denim consistently is 10 to 15 percent of the business at Apricot Lane, where available brands include Lucky Brand Jeans, AG and Seven For All Mankind, but tops and dresses from the likes of Miss Me, Free People and Ark & Co. have evolved into a major business driver accounting for 30 to 35 percent of the business, compared with 15 to 20 percent roughly a year ago. “Dresses just continue to expand, expand, expand,” said Petersen.

Overall, Bernhard feels a clean, classy aesthetic is prevailing. “People are getting dressed up again,” he said. “You don’t see the holey jeans anymore. You see people in clean twills, clean cargo.”