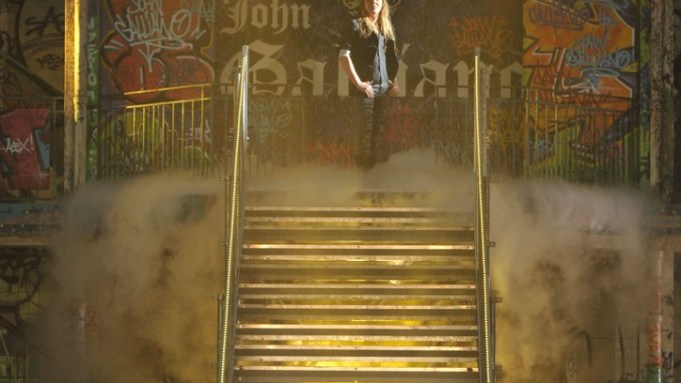 While designers cut back on parties, freebies, celebrities and other nonessentials this season, they did keep the usual fab finales—from a fleet of beach cruisers at Emporio Armani to cascading sand at Kenzo—to generate some thrills. Rick Owens and Lanvin had their models storm the room en masse, in an overwhelming display of deadly chic. Some designers’ bows were carefully orchestrated. At Versace, Missoni, G-Star and Michael Bastian, designers waved from stairs or stages packed with models. Kean Etro and Paul Smith herded their models into a lively dance down the runway. Moncler Gamme Bleu ordered its cast of 57 to file into the stairs of a Mussolini-era swimming pool to surround Thom Browne, who waved like a benevolent dictator.

But nothing matched the hyper-energetic finale from Galliano, which showed at a very different pool, an abandoned one covered in graffiti. Models surrounded the seating area to dance above the audience and go bonkers when John Galliano descended, basking in the decibels like a rock god.