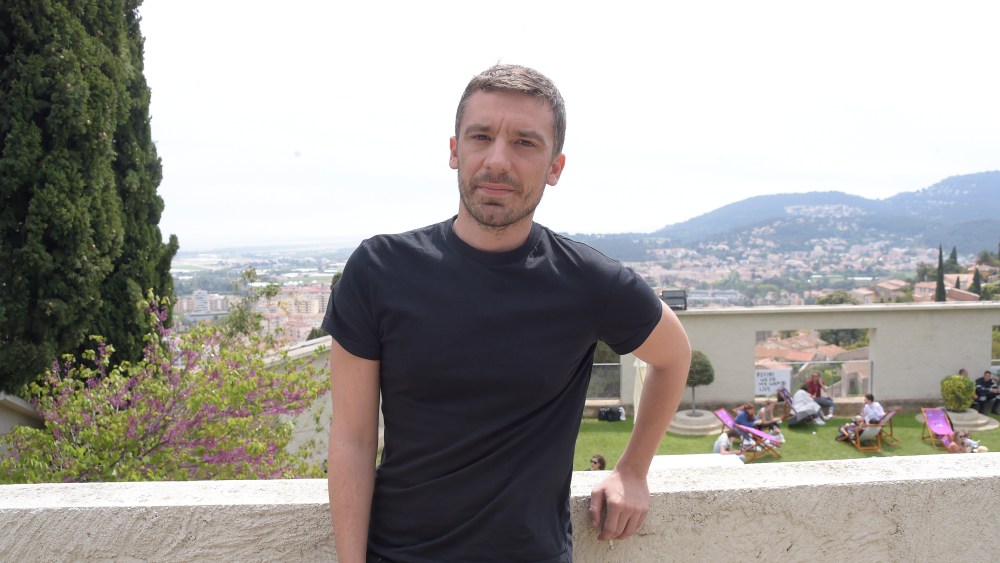 HYÈRES, France — Men’s wear grabbed a lot of the spotlight at the 31st Hyères International Festival of Fashion and Photography, which wrapped its four-day run on Monday.

The exuberant and playful men’s designs by 28-year-old Japanese designer Wataru Tominaga scored him the Première Vision Grand Prize, while Finnish duo Hanne Jurmu and Anton Vartiainen, who won the Chloé prize as well as a special mention from the jury, paraded a men’s wear collection made primarily of discarded materials including melon skin and flowers.

Even the head of the fashion jury, Paco Rabanne’s creative director for women’s wear Julien Dossena, is mulling a move into men’s wear soon.

“It was one of the most beautiful editions. After the 30th edition that was magic and royal with Chanel, this one was full of energy,” asserted festival founder Jean-Pierre Blanc. “Everyone needs to find their own path. The beauty of the fashion sector is that there are plenty of options.”

Consider 34-year-old Finnish finalist, Rolf Ekroth, who started his career as a social worker before becoming a professional poker player before enrolling in Helsinki’s Aalto University and making his way to the festival with a men’s wear collection inspired by golf.

Blanc said he has never seen so many recruiting executives at the festival. Chantal Gaemperle, LVMH’s group executive vice president for human resources and synergies director; Guillaume de Piédoüe, cofounder of Eyes on Talents, and Mathias Ohrel, founder of m-O, a recruitment firm in the luxury sector were among them.

Indeed, the festival underlined that the fashion sector offers multiple career options, as shown by the paths of former winners and opportunities opened by the digital revolution.

It marked a comeback to the festival for Dossena, who won awards there a decade ago. In the 2006 promotion were also Anthony Vaccarello, tapped as Saint Laurent’s creative director earlier this month, and Tuomas Laitinen, a designer who took over the reins at Aalto’s fashion department in 2006 and catapulted the school’s international reputation.

Blanc said he plans to introduce an accessories prize next year and a new photography prize dedicated to still life, which would be “a bridge between art and fashion photography.” Another axis of development is The Formers showroom, a platform for past winners, to better accompany them in their careers. “Once they have mined all the opportunities that the festival offers them, other prizes such as the ANDAM award and LVMH prize take over,” Blanc said.

“It’s a nice selection,” the executive said of the 10 finalists for the Hyères competition this year. “The level of execution impressed me. It’s interesting to see the paths of the former winners: they really shows that it’s a process to conceive your project, to mature it creatively and have the necessary funds to further develop it.”

“Young creation has always been part of vocabulary and it’s more and more. We continue to challenge ourselves,” said Tomoko Ogura, Barneys New York senior fashion director, also a jury member. Barneys has been stocking Dossena’s creations for Paco Rabanne since his second collection at the house. “The feedback is very positive. The reason we stock him is because he had a distinct point of view.”

Despite its laid-back appearance — with the fashion crowd lounging on the lawns in their statement sunglasses at the landmark Villa Noailles — the festival has evolved into a think tank where the future of fashion is discussed at round tables organized by the French fashion’s governing body.

At one on digital, there were contributions from students of the new IFM Start program, which is done in collaboration with 42, a French computer programming school and incubator created and funded by entrepreneur Xavier Niel. For example, Pia Hazoume, a student from IFM, teamed up with a data scientist from 42 on algorithms to predict what consumers will buy. “Big data is replacing trends,” said Hazoume.

“The model used to be Pierre Bergé and Yves Saint Laurent, an executive and a creative. With the digital revolution we’ll see more and more fashion companies being the brainchild of a fashion profile and a programmer,” predicted Laurent Raoul, a professor at the French Fashion Institute.

“If you want to attract the best talents, putting sustainability at the core of your company is a key factor,” said Marie-Claire Daveu, Kering chief sustainability officer at a round table on sustainability, which also included Carlo Capasa, the president of Italian Chamber of Fashion.

During a master class, Dossena said he’d like to introduce men’s wear pieces to Paco Rabanne’s collections and also to revive his Atto label that he had put on hold when he got the opportunity at Paco Rabanne. “Now that the foundation for Paco Rabanne is laid, it’s something I would like to do,” he said of Atto, launched in 2013. He told WWD that he’s aiming at early 2017 for that. In just two seasons, his brand was stocked in around 100 doors including Dover Street Market, Saks Fifth Avenue and Printemps. “I could finance the first season and then it self-financed itself,” he said.

That’s something Amanda Svart, a 28-year old Swedish graduate student at the Royal College of Art in London, would like to achieve, having won the audience award with her draped silhouettes. “When I graduate, I want to push this collection to another level but it’s a lot of struggle in London. Otherwise, I’ll apply for a job for a house,” she said.

It’s not a bed of roses for young designers, stressed designer Pierre Hardy, who heads up Hermès’ shoes and was a jury member. “Many students have to deal with indigence. Without the grants, quality work is out of reach for them,” he said.

Thanks to Swarovski’s support, the Finnish candidate Ekroth could use 22,000 beads from the crystal maker in one of his creations. Annelie Schubert, the 2015 Grand Prize winner, impressed with her new collection she could produce with the access to Chanel’s specialty ateliers.

“I had already launched my brand when I competed for the ANDAM. It was the first time they launched the accessories prize, and it really helped me,” recalled Charlotte Chesnais, 2015 winner of the ANDAM Accessories prize and a Hyères 2016 jury member. The 30-year-old Parisian designer who worked with Nicolas Ghesquière at Balenciaga, where she met Dossena and Hardy, presented her new collection in March at Colette. She sells her creations to around 50 doors.

Satu Maaranen, a 2013 Hyères winner and women’s wear designer for Marimekko, has recently worked on an extensive line of products for Target, of over 200 pieces, ranging from women’s wear, to children’s wear and gardening tools.