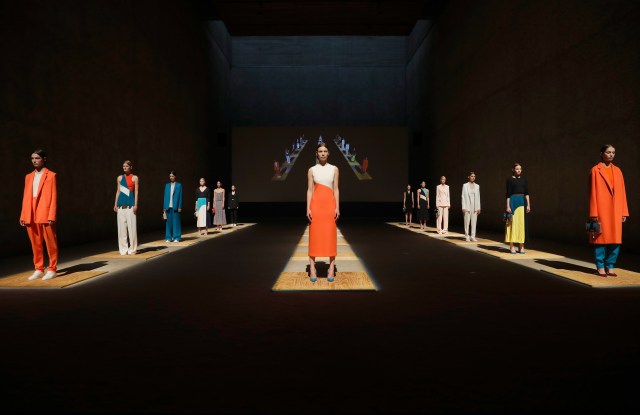 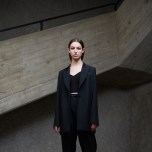 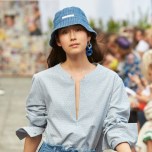 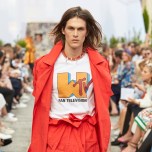 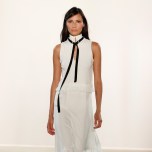 BERLIN — So now what?

That was the question in the back of most people’s minds as Mercedes-Benz Fashion Week Berlin wound down its 20th and final edition in its current format here last week.

As previously reported, Mercedes-Benz and its MBFWB production partner IMG are parting ways after 10 years. Mercedes recently became an official partner of the fledgling Fashion Council Germany, which was widely taken as a sign that the automotive giant was ready to forgo its fashion week sponsorship in Germany. However, a spokesman then and now emphatically countered that notion, insisting Mercedes was talking to potential partners “who could do a platform for us. It is important to have a platform here, for we have customers we want to connect to fashion.”

What shape that platform could have remains unclear. He noted “everything can be of interest — a fashion day…a fashion week. We are sorting out every option, but we can’t say more at present.” Whether that new concept could be in place by January is also unsure, “but we are still optimistic that it can work,” the spokesman told WWD.

As for IMG, the focus now is on a consumer-focused fashion event in Berlin, which would involve new timing and an entertainment link-up. “We’re not ready to talk about it as we’re still finalizing it. It will now probably be slated for 2018,” Catherine Bennett, senior vice president and managing director at IMG, said on MBFWB’s closing day last week.

“This event [MBFWB] has had a good run, and it’s time to evolve it,“ Bennett stated. “We have experience in other markets with events that intersect between the consumers, industry, fashion and music and we are nailing a formula that’s really successful. We have done things that have proven [to be] real tangible support to designers.” One example is the open retail “The Shop” concept at the show venue in Berlin, which designers such as Hien Le reported “really worked well” this second season.

Made L.A. provides a possible footprint for Berlin, with its curated shop experience, wider range of designers at all price points and aesthetics, consumer-facing fashion shows and live music performances, plus special collaborations such as that in L.A. with Snoop Dog or Wiz Khalifa. “We’re finding that’s successful. There’s the fashion moment and the entertainment moment gives it the added kick,” Bennett said.

How all this might differ from — or complement — Zalando’s consumer-facing Bread & Butter event, the second edition of which will run Sept. 1 to 3, remains to be seen.

But if everyone is wondering what the future might bring, Berlin’s main protagonists are not worried. “There are completely new possibilities of setting things up,” said Marcus Kurz, founder and chief executive officer of Nowadays, which produces designer runway shows in and around the Kronprinzenpalais, as well as being co-initiator of Der Berliner Mode Salon and a member of the board of Fashion Council Germany.

“It’s not negative at all. Everything is there, it just needs to be rearranged and reselected, and hopefully we can work on establishing an internationally relevant reputation for Berlin,” Kurz stated.

“We have learned so much in 10 years, with Brandenburger Tor, Bebelplatz, big tents, small tents, Kaufhof Jahnsdorf. Obviously the market needs something more specific to the level of the designers and partners,” he continued, with possibly one concept for emerging talents and another for more established or commercial brands.

“We need smaller formats, and don’t need to run a huge, promotional venue. That’s all over. But all the ingredients are there,” Kurz emphasized. “All the protagonists in the city are talking to each other and it should be possible to bring Berlin to the next level — which means finding our place in the European show setup. We are not competing with Paris, Milan or London.”

MBFWB had a four-day run from July 4 to 7, with the German designer group presentation Der Berliner Mode Salon pushed back to Friday due to the scheduling overlap with Paris couture. A few key labels such as Odeeh skipped the Berlin runway this season due to the timing, but the show calendar was far from empty, though as always in Berlin, retailers were rare at the shows. Not that buyers were absent in Berlin. MBFWB runs parallel to a packed fair landscape, with contemporary platforms like Premium and Seek, the more mass-oriented fair Panorama, green and other specialized trade shows the focal points for most buyers in town.

Nonetheless, most of Germany’s designers, both large and small, remain committed to showing in Berlin. Dorothee Schumacher, who once again sent out one of the season’s most ready-to-buy collections, said, “No one says I have to stay, but right now, do you have a better spot for me? Do I want to be the last show in Paris? No! At the moment Berlin is best for me. There’s a wonderful emotion and it’s a very personal thing for me to celebrate the collection here.”

Emerging Berlin designer William Fan, who garnered praise and some big retail interest this season, also has no interest in showing elsewhere. “I won’t leave. Why should I? I started here, and most of my customers are German. My social media is so strong, I get nice editorials, I have a strong feed which makes it attractive to follow me. The feedback has been so positive. My next big step is opening my showroom. I’m signing the contract tomorrow, and I’m also reworking my online shop,” he said.

For Berlin’s Malaika Raiss, who snared Shopbop this season, a show in the capital has positive effects on her online business. “Before Fashion Week we begin to sell more, and [end] customers in Germany really seem to be interested in the show aspect. Shows are also important to tap a broader audience, and as collaborations are important, we’re always inviting potential partners. But we really don’t need these huge shows.”

“We’ve realized in the last two seasons that a [runway] show is really pushing the brand inside the company, and outside. This I something I learned,” commented Odeeh cofounder Jörg Ehrlich. Regarding Berlin Fashion Week, he said “Definitely no, don’t kill it, but let’s start a more professional and open-eyed discussion. It’s good to have people question things at a level you can accept.”

“I’m feeling totally positive about Berlin,” remarked Michael Sontag. “It’s such a strong city and it’s getting stronger and stronger. And in the world as it is today, being the capital of Germany is no small thing. More and more people are coming, and it’s up to us to give it the shape we want,” he said of Berlin Fashion Week. “And not just let it develop.”

Indeed, new ideas and approaches are called for, as Emmanuel de Bayser, co-owner of Berlin designer concept store The Corner, suggested. Regarding Der Berliner Mode Salon, he said it’s “nice but has to further develop into a properly organized commercial platform beyond the group presentation where there are only a few pieces per label on view. As buyers, we need to see the whole collection.

“We are definitely interested in German designers as a concept store in Berlin,” he went on, “but we already travel too much and have too little time. We need a ready-to-order setup during a day or two with adequate timing to ease our schedule. A date around the gallery weekend [in April 2018], for example, would be interesting, as there are a lot international people in the city and there’s an interesting environment.”

Berlin featured some welcome surprises this season, most notably Boss women’s wear’s return to the German capital with a special capsule presentation which was kept very much under wraps until just a day or two before. Taking over the König Galerie’s soaring top floor at the St. Agnes Church Thursday night, Boss staged artistic director Jason Wu’s limited-edition Gallery Collection in a semi-still life of 18 models backed by a huge photographic projection.

“’We’re showing 18 looks I love and not 45. And most will be available in the stores, and that didn’t happen before,” Wu said. Originally planned for the German market only, the response was so positive that the Gallery Collection — inspired by artists such as Josef Albers, Anselm Reyle and Thomas Scheibitz — will now be available globally. “From Berlin to the world!” Wu said.

“Why Berlin? Why now? Because why not? And we can,” he added. “Between last year and now, the calendar is completely different. It’s not just New York, London, Paris or Milan anymore. It’s kind of defined by the brand where you want to present, and today, even if you can’t make [the show], you’ll see it a few hours later on Instagram. That’s the power of media today.”

The Gallery Collection, to hit stores in November, not only underscores the long-term relationship Boss has with art, “but represents what we’ve been doing. I wanted a collection that’s fun — which is not a word you usually think of with Boss.” The tailoring has softened up considerably, with sportier city suits to be worn with sneakers, or color-blocked dresses that swing into movement. “When I started and our woman borrowed from the boys, it was strict, shouldered. Now she’s borrowing in a different way.”

Prabal Gurung also opted for a Berlin showing at IMG’s invitation, saying, “As a brand I want to start to explore. As the world starts to grow, it’s important as a creative and business person to see what’s out there. Some people know who I am, but most don’t. I understand the challenge.”

Gurung showed resort on the MBFWB runway, after non-runway viewings in New York, Paris and London. “And simultaneously [to Berlin] we’re live with a trunk show at Moda Operandi so it’s the full 360. As Jason [Wu] said, the rules are no longer the same.”