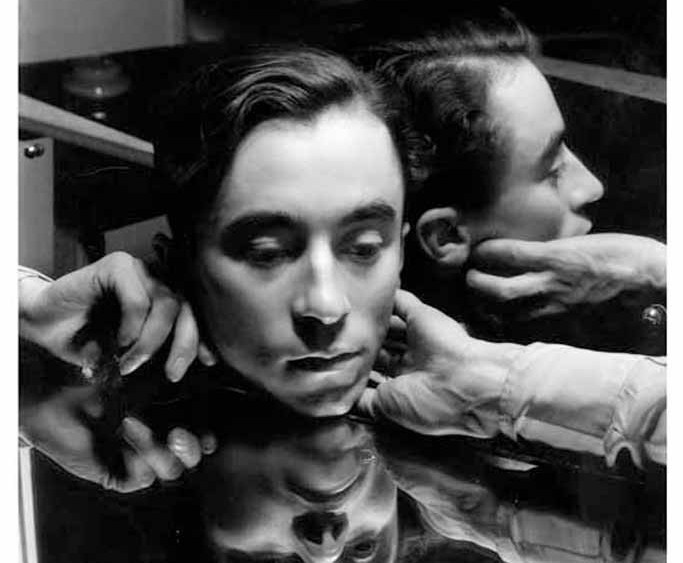 The show, “Charles James: Beyond Fashion,” will be centered around James, with an extensive body of his sculptural work on display at the Metropolitan Museum of Art May 8 to Aug. 10.

“He really is a one-of-a-kind designer,” said Harold Koda, curator in charge of the Costume Institute. “Even if you look through the history of French haute couture and all the English couture designers, James stands out as a very idiosyncratic personality and artist and one of the few designers who, in his own lifetime, felt that his work transcended the medium.”

Thus the exhibition’s title. “When we say ‘Beyond Fashion,’ it’s not to disparage fashion, but it was actually James’ tentative title for his own autobiography, because he felt that the research — studies of anatomy, the way he resolved sculptural shapes with his tailoring and ballgowns — was something that transcended trends and fashion. He wanted to use fashion and push fashion even further than what it was as a commercial enterprise.”

The reopening of the Costume Institute galleries, particularly the new Lizzie and Jonathan Tisch Gallery, provided the perfect reason to celebrate the Anglo-American designer. “Since the early 1990s, it’s the first time we will be able to have an open space that is also wired for the latest technology,” Koda explained. “People were always somewhat hesitant about coming down the stairs and seeing our galleries because they can get so congested with two cul-de-sacs. Now we will be able to direct the circulation in a way that underscores the narrative structure of the exhibitions.”

The show will be held at the so-called New Costume Institute, as well as the first-floor special exhibitions galleries.

Aerin, the brand by Aerin Lauder, will underwrite the exhibition, with additional support from Condé Nast.

The benefit, celebrating the New Costume Institute as well as the exhibition, is set for May 5, with Lauder serving as the evening’s chair. Bradley Cooper, Oscar de la Renta, Sarah Jessica Parker, Lizzie and Jonathan Tisch and Anna Wintour will serve as cochairs.

The Costume Institute will examine James’ entire career, including the years he dressed society doyennes like Millicent Rogers, Austine Hearst and Dominique de Menil, and was associated with his close friend Cecil Beaton, through his later years at the Chelsea Hotel (he died in 1978).

The exhibition will feature some 100 pieces by James, who was known for his sculptural, scientific and mathematical approaches to rethinking ballgowns and tailoring.

“There will be the new gallery space, which will focus on describing James’ professional and personal biography, a timeline of his career and how he developed as an artist through to the final years at the Chelsea Hotel, where he had these remarkable collaborations with others and really was serving as a mentor to people,” Koda said. “Upstairs, in the temporary gallery spaces, we are going to have a presentation of what is probably more familiar to people — knock-your-socks-off, glamorous clothes, but presented in a way that makes you understand what separated him from other designers.”

Koda elaborated that most people know a James gown mainly through a Beaton photograph. In these images, “It could be constructed like a [Christian] Dior or a [Jacques] Fath, but when you are able to see the actual garment, you realize how individual his approach to design was, and that’s what we want to achieve. Even in the upstairs space, where there will be this blowout of glamour, we want to underscore this with the sense of James as a student of the cloth and the metier of fashion, pushing it and pushing it, and really establishing a vocabulary that never preceded or followed him.”

Among James’ key designs that will be showcased are the wrap-over trousers, body-hugging sheaths, ribbon capes and dresses, spiral-cut garments and poufs. There will also be several iconic ball gowns from the late Forties and early Fifties such as the Four Leaf Clover, the Butterfly, Tree, Swan and Diamond designs. The exhibition has almost every major work James ever created, the Taxi dress among them. “He had this funny idea that woman who wanted to dress and undress in a taxi could spiral out of this dress, and put on another dress,” Koda noted. “We also have asymmetrical dinner dress that inspired Halston to make his asymmetrical necklines. The one thing we’re lacking, which we are hoping to borrow from the Victoria and Albert Museum, is the Swan down jacket, a white, quilted satin jacket as an evening jacket.

“He was physically small but had a larger-than-life personality, and that infuses the eveningwear with an extra quality of glamour,” Koda added. “The garments transform her body…but are also balanced on the body, and the huge architectural shape is perfectly poised on her hipline so she can move through the room as if she is wearing something weightless.

In the research process, Koda and Jan Glier Reeder, consulting curator at the Costume Institute, noted the complexity of the designer’s thought. “We will try to communicate this through the exhibition, and we hope people will leave with a respect for the craft of apparel making,” he said. “Because it is so much about a knowledge and understanding of materials in a way that can be mathematical, scientific and engineered.”

A perfectionist and an autodidact, James in his lifetime considered the value of his own designs and pushed his clients to donate pieces to the Brooklyn Museum. When that museum’s costume collections were transferred to the Costume Institute in 2009, it gave the institution one of the most comprehensive collections of a single designer, according to Koda.

Asked why she decided to support the Costume Institute in such a significant way, Lauder called the institution “an incredible part of New York. It really is a treasure. It combines the idea of fashion and art, which are two areas I am completely passionate about, both personally and professionally. Charles James in particular is so iconic, so elegant, so timely; it’s a wonderful person for them to represent during the relaunch of the Costume Institute.”

Koda hopes the visitors will walk away with a whole new knowledge of and appreciation for James’ work. “Part of the reason we’re doing James is because, to the fashion specialist, everyone knows James, but to the audience at large, he is one of those names that, because he doesn’t have a surviving label or brand, is forgotten,” Koda said. “We think it’s a very celebratory way to have this Anglo-American designer launch our galleries with the depth of material that comes to us in part because of James himself.”

As for the big benefit, there could be many dramatic ballgowns making their way up the Met’s steps, but also expect to see some color. “James had an extraordinarily, highly evolved palette,” Koda said. “It was more colors than one finds in an English garden. I am expecting that the people who really want to evoke James will also play with this saturated jewel color. At least I hope so.”