Michael Kors Gets Digitally Creative With ‘My Way’ China Capsule

The customizable collection is paired with the drop of a new Bibi Zhou single 'Dance', an interactive quiz with the designer, and livestream.

With the coronavirus outbreak forcing consumers to stay at home, brands are embracing digital like never before–especially in China, which has witnessed Prada and Miu Miu launch their Tmall flagship stores during the COVID-19 outbreak and turned an entire Shanghai Fashion Week all digital.

Yet another example of a brand getting creative online is Michael Kors, which has launched a digital campaign around their customizable MK My Way collection for their debut on Tmall’s Super Brand Day on April 27. Originally planned as a physical-first launch with a digital component, the campaign has been reimagined as an all-digital initiative.

It debuts a collection of eight customizable bags exclusively sold on Tmall, and is paired with the release of a new single from Chinese popstar Bibi Zhou, an interactive digital quiz with the designer Michael Kors, and livestream with super-influencer Austin Li. 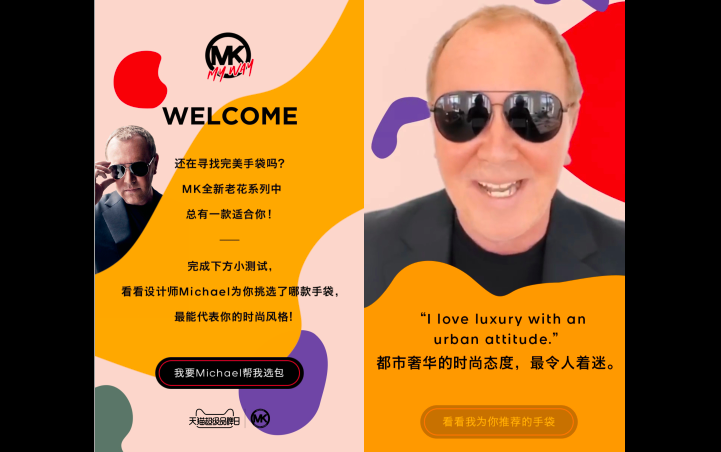 Starting Friday, the English-language single, titled “Dance”, is available to stream on major music platforms in China, and around the world including Spotify, Apple Music, and YouTube Music. The music video features appearances by Michael Kors brand ambassadors Leo Wu and Lareina Song, as well as friends of the brand: model Estelle Chen, illustrator Ji Weiran, dancer and choreographer Franklin Yu, and Cheng Xiao, a member of the girl band, Cosmic Girls.

Shoppers on Tmall are invited to take a quiz with the brand’s founder to figure out the piece that best suits their personality, before then having the chance to get their purchases hand-painted either by the brand or to DIY their own at home.

“I love meeting my customers, helping them find the perfect pieces for their lifestyle, and talking to them about how they can express their personal style,” said Michael Kors. “The Tmall app allows me to style a wide range of people instantly—it’s like a trunk show for modern times.”

The at-home paint option is a leather paint pack from Angelus Paints, the Californian paint company and includes multicolored paints, brushes, a leather preparer, an MK charm stencil, and sponge. 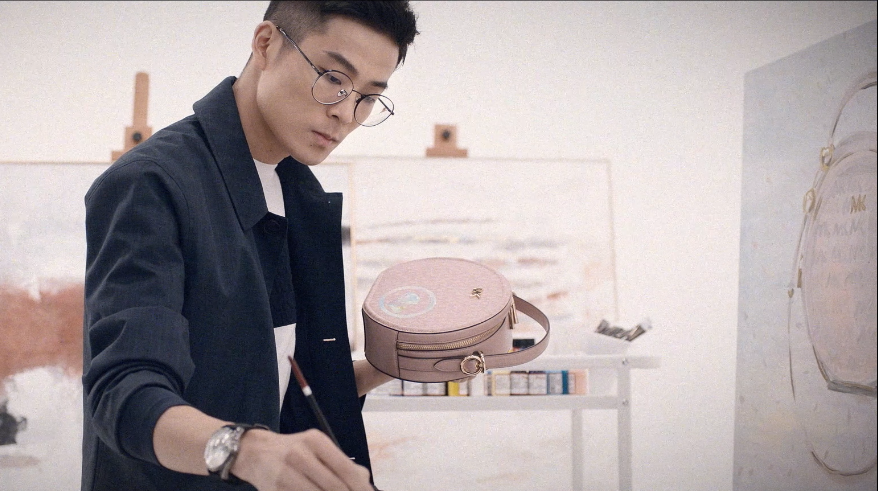 “As Chinese citizens remain at home, the use of internet has skyrocketed, and kickstarted a hugely digital movement,” a February report from the agency Wavemaker pointed out. “Due to mandated quarantine and protection, there has been a dramatic change in consumer purchase behavior.”

While Michael Kors said all of its physical stores in China have reopened already, and there are several positive signs of economic recovery, the Wavemaker report also said that traffic to shopping malls is only expected to recover three months after the epidemic, placing digital savviness at the forefront of brands’ minds. 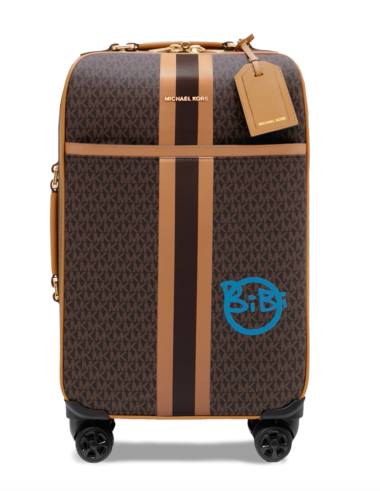 A My Way customized design by Bibi Zhou.  Courtesy Photo