Uptown chic with laid-back ease — the designer infused that sentiment into his fall fur lineup, which captured a casual, everyday vibe. 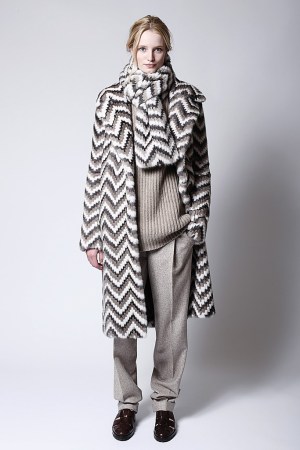 Uptown chic with laid-back ease — a combination Michael Kors knows well. He infused the sentiment into his fall fur lineup, which captured a casual, everyday vibe. It included a men’s wear-inspired chevron-pattern blazer and tailored coat, in taupe, vanilla and charcoal.

On the sportier side, the designer had a mink hoodie and a sleeveless sable sweatshirt. A soft mink skirt and scarf in java and taupe tie-dye, meanwhile, nodded to a hippie sensibility. Shown with a cashmere turtleneck, the look was luxurious without being overly precious.