NEW YORK — The Michael Michael Kors girl can now be dressed from head to toe.

For fall, the designer is adding shoes to his Michael label, which already includes apparel, handbags, outerwear and legwear. The footwear collection will be... 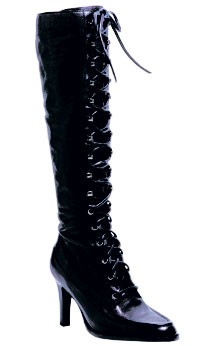 NEW YORK — The Michael Michael Kors girl can now be dressed from head to toe.

For fall, the designer is adding shoes to his Michael label, which already includes apparel, handbags, outerwear and legwear. The footwear collection will be produced in-house.

Michael footwear will be priced between $45 and $140 wholesale and will have wider distribution than the company’s higher-priced shoe collections under the Kors and Michael Kors names, which are licensed to Schwartz and Benjamin. Shoes are the only remaining category of the Kors label, which otherwise was dissolved last year.

The fall selection, which is expected to open in 350 doors, including Macy’s and Nordstrom, hints at the Santa Fe feel that will be seen in Kors’ runway show on Wednesday. Cowboy boots in metallic leather and lace-up boots are key items, as are suede ballet flats and animal-print pumps. Michael will also feature beige suede desert boots and funky high-heeled clogs — two best-selling silhouettes in the Kors line.

However, the firm has no intention of cannibalizing its midpriced Kors label, which last summer had a hit with its metallic leather sandal.

“This is not about bringing the Kors customer to Michael, it’s about adding another customer,” Michael Kors said.

“Everybody else knocks us off already and we knew we could do it better,” the designer added.

Footwear was developed for a year in order to get the quality and style just right, he added. The shoes will hit stores in August.

Fall will be the Michael line’s second season for handbags and the offerings follow the footwear’s Southwestern feel. Suede hobos and animal-print shoppers feature leather trims and detailing, and large colorful totes are heavy on the hardware.

Michael will also introduce legwear for fall. The collection, produced by American Essentials, will be presented to buyers during the March market.