The collection lightened up this season — literally with feathery knitted looks, and physically with loose, unstructured shapes. 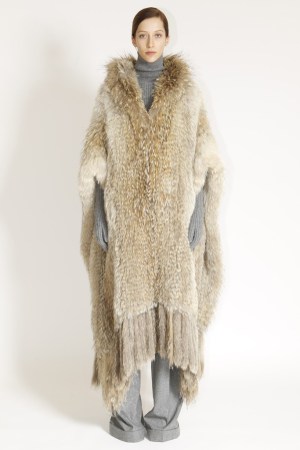 Michael Kors’ fur collection lightened up for fall. There were feathery knitted looks and loose, unstructured shapes (long shearlings, ponchos, vests), many of which were in a pale palette. Fun details included long fringe, ragged edges and mixed pelts. Some of the latter looked less serious in coyote, rabbit and alpaca, but plenty of those mink and sable classics were mixed in for luxurious measure.