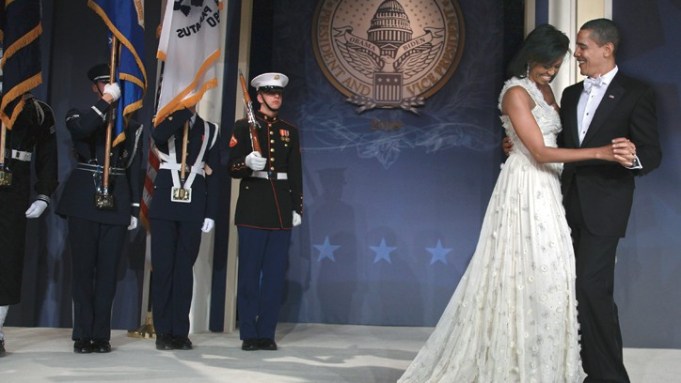 Fashion was not immune to the downward slide of the Dow this year, though since the Presidential swearing-in this past January, one need only look to the South Lawn of the White House or the steps of Air Force One to see that certain designers were getting an immeasurable boost.

True, Michelle Obama seemed an unlikely fashion icon during the campaign, with her pedal pushers and H&M sundresses, but the moment she stepped onto the stage in Chicago’s Grant Park last November clad in a black-and-fire engine red Narciso Rodriguez shift, Obama blazed into the consciousness of every designer, editor and retailer. The dress itself, while dividing critics, signified an independent streak and a taste for sophisticated New York fare. How little we knew what was to come: Jason Wu, Maria Cornejo, Isabel Toledo, Sophie Theallet, Thakoon, Peter Soronen, more Narciso and, yes, even a European (Azzedine Alaïa), all designers whose businesses were given loads of free publicity the moment the First Lady appeared in their pieces. While J. Crew boasted sell-out sales of the pencil skirts and sweater sets Obama donned, these designers spoke of finding themselves the subjects of a free, and seemingly never-ending, international ad campaign. And, while Obama is a first lady whose legacy will likely be about more than being a fashion plate, the role of sartorial benefactress suits her quite well.