Designers cast a wide net for their inspirations this season. 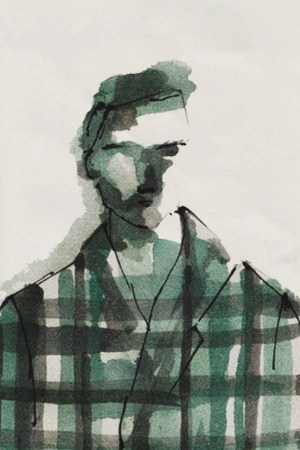 ANDREA INCONTRI: “Intimacy is the key word of this collection. Fluid fabrics, such as bicolored double and elastic materials with grisaille prints, define the body in a comfortable way. Cozy clothes for a man looking at fashion with a real, spontaneous attitude.”

This story first appeared in the January 9, 2014 issue of WWD. Subscribe Today.

DIRK BIKKEMBERGS: “Ski and Metropolitan Biker. From this extreme vision that combines sportiness, speed and dynamism arises the figure of the Ski Rider…”

MP MASSIMO PIOMBO: “A research rooted in the European artistic and philosophic movements of the 15th, 17th and 19th centuries, which finds inspiration from the works of artists such as Rembrandt with his palette of dark and deep tones, Botticelli with his opulent Renaissance tones, the Impressionist painters and Monet.”

DAKS: “Daks is proud to celebrate its 120th anniversary in 2014. The Daks men’s wear collection for AW14 celebrates this important milestone. The collection is rich in iconic pieces, which are juxtaposed with fabrics representative of true British style.”

PORTS 1961: “Ports 1961 men’s fall-winter 2014 collection is inspired by King Edward VIII’s elegance and the innovative way in which he interpreted tweeds and the Prince of Wales. Combined with the masculine and contemporary characteristics of Ports 1961, the collection impersonates the term smart-urban. Our man is confident with an elevated sartorial taste; he keeps a clean look while always looking for the finest luxuries in life.”

MASSIMO ALBA: “We will present the new men’s collection during the White trade show in a space dedicated to the Massimo Alba Cashmere company. In the center of this space, there will be the collection made of exclusive fabrics dyed with watercolors, water and colors, and surrounding it on the walls, the history of our company composed by watercolor paintings.”

ERMANNO SCERVINO: “The fall-winter 2014 collection shows graphic and geometric accents. I opted for precious materials with a new twist. The focus is on knitwear, and the color palette is strong on dark, night tones of blue and black.”

TRUSSARDI: “The icy calm of an avenger alongside the warmth of a romantic dreamer: The Trussardi man for fall-winter 2014 will have an essential but complete look, where dark shiny leather turns the tailor-made wardrobe typical of an urban gentleman into something incredibly contemporary and fierce.”

FENDI: “DNA reloaded: A sophisticated urban masculinity that [shows] it’s not afraid of its wild and primitive side.”

CORNELIANI: “For the next fall-winter 2014 season, Corneliani reworks the jacket, its iconic piece. The ‘O-Jacket Corneliani ID,’ where different materials are mixed to obtain an impeccable blazer, takes center stage for spare time and informal occasions.”

ICEBERG: “The new Iceberg men’s fall-winter 2014 collection is inspired by the concepts of transformation and movement. A preppy but very classic story becomes high-tech and dynamic as Bruce Wayne, who usually wears tweed and Prince of Wales, sports technical and futuristic materials when he transforms into Batman. This animation effect, almost 3-D, appears in the faded prints, which embody the spirit of the collection.”

ANDREA POMPILIO: “Different stories and inspirations mingle in the new fall-winter 2014 collection. My signature prints appear on various fabrics and materials, on bombers, shirts and trousers. The season’s iconic look is composed by a heavy felt buttonless peacoat paired with uniform pants.”

BELSTAFF: “The Belstaff fall-winter 2014 collection is inspired by the British riders in the 1965 International Six Days Trial race on the Isle of Man.”