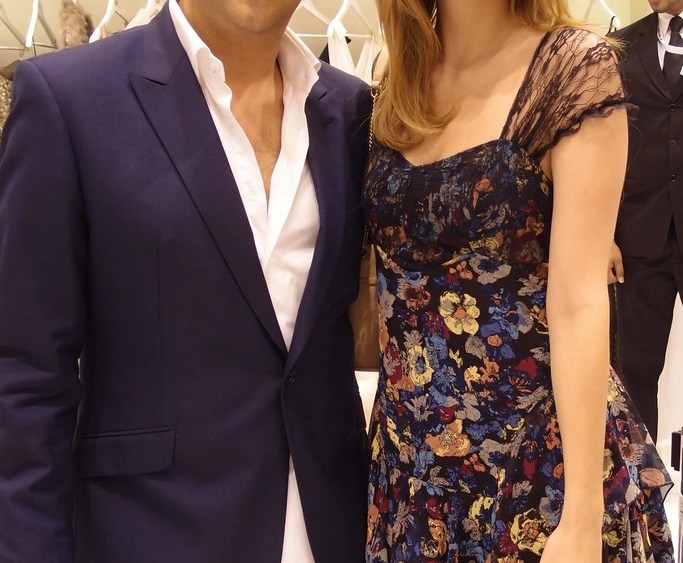 DUBAI — Mischa Barton is turning her focus to fashion design.

The signature apparel line, a collaboration with her mother, Nuala, is reminiscent of the retro Bohemian style the actress made famous while starring on the hit show “The O.C.” from 2003 to 2006.

The collection features feminine dresses, vintage-style skirts and cardigans, jumpsuits, leggings and signature pieces like the Mischa jacket. Barton said she’s still very much focused on acting, but the fashion line “gives me an opportunity to take out my creative energies.”

The pieces, manufactured in China, retail for between $45 and $450. The collection had a soft launch two months ago online, selling out within days without any marketing. “It’s for women ranging from 15 to 35. There are different pieces that will appeal to different styles, but the main thing is I wanted it to feel functional and easy to wear,” Barton told WWD. “My sister, who’s 36 and a barrister in London, wears a lot of it.”

This is Barton’s second trip to Dubai. She came for the lavish launch party of the Atlantis Hotel on the Palm Jumeirah in 2008. She described her visit as “one of the best experiences I’ve ever had.”

She returned to Dubai to launch her collection because there was a strong demand for her accessories line, which she has been designing since 2009. “It wasn’t even available in this market, but women really made a great effort to get the bags,” she said.

Next up for actress-turned-entrepreneur is a 1,000-square-foot store opening in London’s Spitalfields area next month. The store, which she said has a “vintage feel,” will carry her clothing and accessories line as well as a range of Mischa Barton-branded cosmetics. “I’m not looking at being mass market. I’d like to grow the business organically,” she said.

This venture is very much a family business for Barton. Her mother is managing the business aspects of the brand and said it is fully a family-run business and, at the moment, they have no outside investors. They plan to grow the business in whatever direction the demand dictates. “Before we’ve even launched the London flagship, we’ve gotten requests for franchises in China,” said Nuala Barton.

She added they hope to bring the line to the U.S. by the end of the year.