Mixing It Up With Bellator’s MMA Fighters

"King Mo" Lawal, Liam McGeary and Bradley Desir are among the top athletes in the sport. 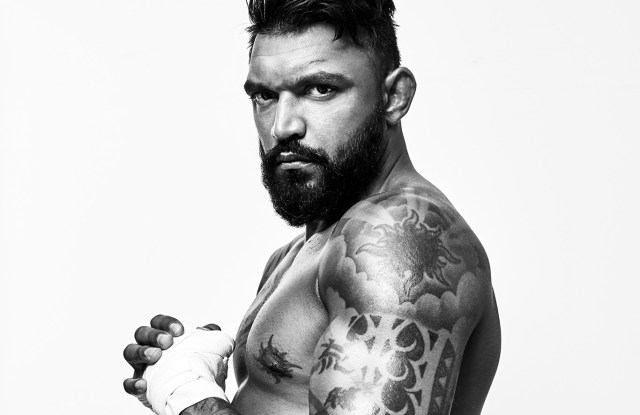 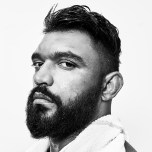 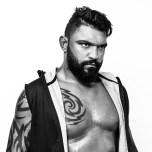 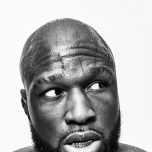 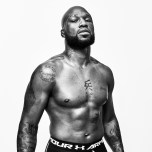 MMA, or mixed martial arts, is among the fastest-growing sports in the world. It’s a full-contact practice that mixes everything from boxing and karate to wrestling and judo. Fighters are pitted against one another in a cage and, like traditional boxing, there are weight classes, rounds and rules that govern the sport.

With their expertise in a variety of martial arts, striking and grappling, MMA fighters are viewed as among the best-conditioned and skilled athletes in the sports world and they’re making wheelbarrows of money for the promotional companies for which they fight.

The biggest player in the MMA business is the UFC, but there are many other organizations that are also at the forefront of the business.

Hollywood-based Bellator MMA was founded in 2008 and has grown into one of the world’s largest MMA promotions companies. Bellator, which is the Latin word for “warrior,” is owned by Viacom, and its events air in more than 140 countries. In 2013, Bellator debuted on Spike and now reaches more than 100 million homes on a weekly basis.

On Oct. 20 at the Mohegan Sun Arena in Uncasville, Conn., Bellator will pit newly signed fighter Gegard Mousasi (42-6-2) against Alexander Shlemenko (56-9). But before that, there will be a light-heavyweight contest pitting Muhammed “King Mo” Lawal (21-5) against Liam McGeary (12-2).

Lawal and McGeary, along with Bradley Desir, took a break from their training to visit WWD and show off a few of their trademark moves.

Muhammed “King Mo” Lawal, 36, was a professional wrestler before coming over to the MMA world in 2008 after narrowly missing a shot to compete for the U.S. in the Olympics.

Born in Tennessee, Lawal competed in wrestling for Oklahoma State University and represented the U.S. at the 2005 World Wrestling Championships, where he finished seventh. For three years, he was the number-one ranked wrestler in the country in the 84-kilogram division.

“I was a two-time Olympic alternate, but I was broke,” he said. So the world of MMA was appealing to him. His first fight was in Japan where he faced “a big old dude and knocked him out,” he said. After that, there was no turning back.

“With wrestling, I was making $50,000 a year and I thought that was good, but in my first MMA fight, I made that,” he said. “There’s a poverty mentality in wrestling — MMA is a lot bigger.”

Early in his career, the 6-foot, 205-pound athlete fought for a couple of other companies before signing with Bellator in 2012.

To keep himself in tip-top shape, Lawal said he trains twice a day six days a week. On his “off day,” he’ll swim or shadow box. He wrestles and strength trains three times a week and spars two to three times. “Combat sports is a lifestyle,” he said.

With Bellator, he’ll generally fight three to four times a year, and sometimes as many as five. This year, a hip injury has kept him on the sidelines since his last appearance in March, when he won his bout against Rampage Jackson. And he expects by October that he’ll be back in peak condition and ready to face McGeary.

Liam McGeary can thank MMA for helping him stay on the up-and-up.

“I love to fight and I got into a lot of trouble, so instead, I thought I’d do it professionally,” the 34-year-old native of England said.

He turned to MMA in 2008 when a recession in England kept him from getting a job: “So I had to find something else.” He started training for combat sports that year and made his professional debut in 2010, winning his first two fights. He then signed with Bellator.

McGeary said he especially likes boxing, but has also honed his skills in kicking and punching and wrestling on the ground. “With MMA, there’s always something,” he said.

He said he appreciates the “excitement” that comes with the sport of MMA. And he also relishes the training, much of which he does at Church Street Boxing, the Renzo Gracie Fight Academy in Brooklyn and the Bronx Martial Arts Academy.

He trains six days a week, and up to five to six hours a day when he’s getting ready for a bout. In the off-season, he’s still working out every day, but not as hard. “I enjoy doing something but not at that intensity,” he said. “I just like to experience life and do anything that keeps the heart active.”

When he’s gearing up for a fight, he splits his week up training in jujitsu, wrestling, strength-training, kickboxing and sparring. “There’s so much to learn, you can’t just do one thing,” he said.

Despite his best attempts to stay healthy, McGeary injured his knee and was out of action for about 14 months. When he returned last November, he suffered his first career loss. But that just spurred him on more. He won in February of this year against Brett McDermott, but fell again to Linton Vassell in May. Despite the recent setbacks, McGeary expects to be ready to face Lawal this fall.

Bradley Desir, a 5-foot, 10-inch, 155-pound former Marine, signed up with Bellator in May.

Formerly the lightweight champion for the Ring of Combat group, Desir, nicknamed Featherstone, served in Iraq from 2007 to 2009 where he was taught “to fight 30 seconds to survive, not 15 to 20 minutes 50 times in your life.”

But the South Bronx, N.Y., native said a training session during his time in the service opened his eyes to another world.

“The Marines reward violence,” he said. But when he “got choked out” in the ring, it made him angry and determined to improve his skills. “I’m very competitive,” he said.

Once he left the service in 2009, he went to Fordham University in New York but kept training on the side. Desir said he’d always been athletic and it’s nothing for him to work out all day in the gym or do hand-to-hand combat with a trainer.

“When I went to college, I still needed something to scratch that itch,” he said. “I trained seven months before I realized I could compete, and now it’s as much a part of my life as brushing my teeth.”

He was offered his first professional fight in his junior year, “and that was it. It felt like a natural progression,” said the 30-year-old, who now has a 10-5 record.

He said while he continues to hone his craft and knows he can “knock people out anytime with anything — it’s a God-given talent,” he also realizes MMA fighting won’t last forever.

“I don’t want to be 40 years old and still fighting,” he said. “You’re in your prime until you’re 33, but once you’re 34, the chance of a knockout is doubled. So I have another three-and-a-half or four years.”

So what’s next after he hits the ripe old age of 34? “I’d like to coach and do color commentary,” he said. “And also have my own MMA-related gym.”