WWD chats with the new head of women’s design as he finalizes preparation for his runway debut on Sunday. 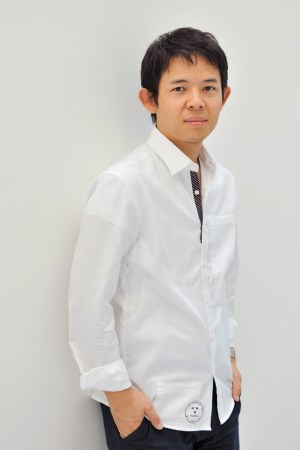 TOKYO — In post-March 11 Japan, a new sense of values is taking hold. Behind the country’s archetypal stoicism and resilience, the shock of its biggest-ever earthquake, tsunami and nuclear crisis has left many seeking a closer affinity with what they hold dear, stripping away veneers of pure presentation.

It’s this kind of motivation that has steered Yoshiyuki Miyamae, newly installed at the head of women’s design at Issey Miyake, as he finalizes preparation for his runway debut on Sunday.

Miyamae, 35, started working on his first collection for the label as headlines about the aftermath of the March 11 earthquake and Japan’s ongoing economic woes were streaming across television sets and newspaper pages. “It had a great effect,” he recalled in an interview at the company’s all-white headquarters.

“I wanted to look forward, to make clothes that people could feel in their hearts. So I didn’t think about the shape or things like that, but more about why people would actually wear the clothes and how they would feel [in them]. I thought about how it would feel when the wind blew inside the clothes, how [it feels to wear] certain colors,” said the designer, who crafted billowing tunics, dresses and pants in Easter egg hues of lemon, turquoise and print pink.

“The theme was about the softness and strength of a flower when it blooms. [The collection] expresses ways to show a woman’s body in a beautiful way,” he explained.

Miyamae got an early start in the fashion world, taking apart jackets and stitching up things for himself when he was 16 and in his first year of high school. “I hated my school uniform, and that was why I started making my own clothes,” he recalled.

Around that same time, he developed a taste for the art world and through a gallery connection he met Miyake. “He knew that I was making my own clothes and he remembered me as a somewhat unusual high school student. So from then on I got a lot of information from Issey-san, and I was also personally very interested in his work,” said Miyamae, dressed in a crisp white shirt, three-quarter-length indigo pants and white high-top sneakers.

The designer went on to study at Japan’s prestigious Bunka Fashion College before taking a few years to travel to locales like South America and India and design costumes for contemporary dancers. Upon his return to Japan, he joined Miyake’s design studio and nurtured a 10-year career at the house.

Working under the tutelage of Miyake himself as well as the house’s previous designer Dai Fujiwara, Miyamae has acquired a keen sensibility to fabric and the craftsmanship behind it as well as a mission to support the Japanese textile industry, which is suffering as factories close and fewer young people enter the trade.

“Before I entered the company, there was a time when I thought that as long as you had an idea and could draw a design, you could be a designer. But when I joined this company, I learned about fabrics, colors, the area where something is made, and experiencing these things with the body. Until now that’s the biggest thing I’ve learned,” he said.

In keeping with that sensibility, for his debut collection Miyamae used a traditional screen printing machine in Kyoto to apply abstract geometrical patterns to high-tech fabrics like poly cupra. Buttons were fired at a ceramic factory in the southwestern island of Kyushu.

The designer indicated that the Issey Miyake label is in for a rather subtle evolution rather than a radical departure from the Fujiwara years.

“The importance of materials, thinking about the future rather than about shape or something like that. That’s something that I also really feel as a member of this company,” he said. “The base is the same for everyone, but the top layer is different between each person, so it depends of which of those things you look at.”

For sure, Miyamae is taking charge of one of Japan’s most storied labels at a time when the entire country is doing its share of soul searching. The designer seems to be taking advantage of that moment to distill his vision into its most useful, enduring form.

“Everyone, including myself, is really thinking about whether or not the work he does is right. Until now it was all about price or convenience — like with fast fashion — but people are now really thinking about what is necessary,” he said. “Quality things will last [into the future], and that is now much clearer than it was before. It’s a great chance for us.”