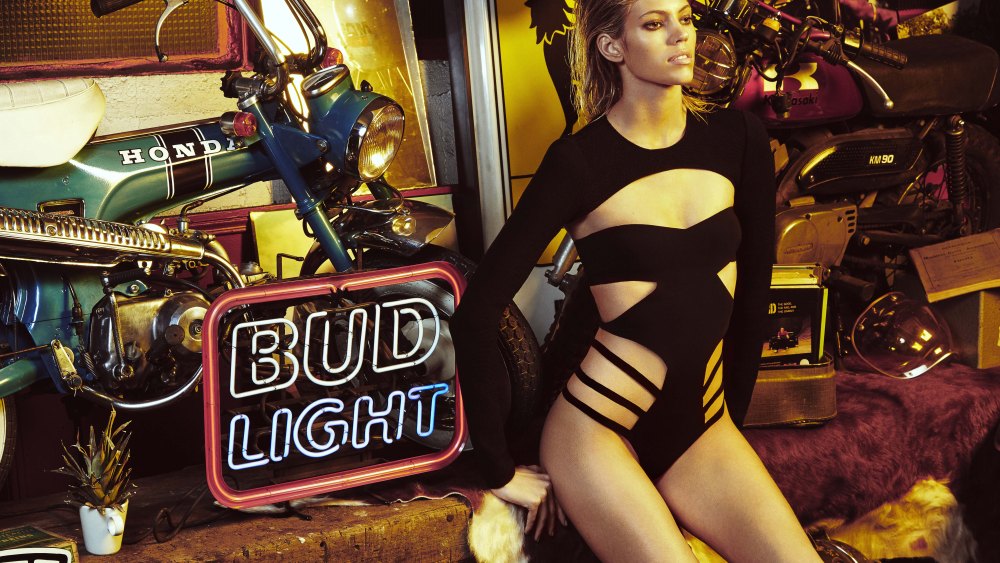 Growing up in Toulon, France, Anaïs Mali originally had her sights set on Hollywood.

“I always wanted to be an actress, actually,” she said recently at WWD’s office. “But to get a visa for acting in the U.S. was complicated, so I thought, ‘OK, let me get a modeling visa and I’ll see what happens when I get there.'”

Mali was 20 when she moved to New York to embark on a modeling career, and the next several years were a whirlwind, during which she appeared in multiple issues of Vogue, Harper’s Bazaar and walked the runway for Marc Jacobs, Carolina Herrera, Vera Wang and the Victoria’s Secret Fashion Show.

Seven years later, Mali, who resides between Paris and Miami, is still in high demand: She recently appeared in “Mania,” a short film by The Weeknd’s Abel Tesfaye accompanying his “Starboy” album.

“When I started, I worked almost every single day for five or six years,” she said. “And the more I got into fashion, the more I loved it. It was very important for me to make a name for myself because I didn’t come here for nothing.”

Her “lightbulb” moment — to launch her own line of bodysuits as wardrobe staples — came to her as it does many designers: She simply couldn’t find anything in stores that she liked. “Sure, you could find some at American Apparel, but there were no real, luxury bodysuit brands that existed at the time,” Mali said.

Mali called up friend Urivaldo Lopes, a former designer at Blumarine, and together they began to conceive a collection, sourcing metallic hardware and textiles — such as stretch denim, tulle, jersey and neoprene — in Italy.

But it took a few years for the line to come into place. “Sometimes you don’t realize how much you have to work for it. The more we got into it, I was like, ‘Oh my God, what did I do? This is a lot of work,'” she said. “But I’m already working on the second collection. I love going to Italy…I love the process. [Urivaldo] and I design everything together, and it really has become a passion of mine.”

Inspired by Studio 54 and the Nineties supermodel era, Anaïs’ spring debut — an all-black collection with seductive cutouts and sheer fabrics — was meant to make a bold statement, and a few styles double as swimsuits. Each one is named after a model — the “Joan” after Joan Smalls; the “Constance” after Constance Jablonski; the “Candice” after Candice Swanepoel, and so on — all of whom Mali counts as friends. Everything is produced in Italy.

“In the next collection, we’ll be more diverse with colors and designs, but this first collection was more of a statement to say, ‘Here we are, this is our vibe,'” Mali explained. “This is a very specific time for women. There’s a lot going on, and all the designs we make are meant to empower women.…You feel something when you put it on. We tried the bodysuits on every single body type. The girl puts the bodysuit on and she’s like, ‘Oh my God, I feel good.’ That’s what makes me happy. That’s what I want a woman to feel.”

Anaïs bodysuits, which range from $300 up to $1,300 for more embellished styles, will be sold at Curve boutiques nationwide and on the brand’s e-commerce site, launching later this month. Mali’s upcoming collections will include jumpsuits and separates.