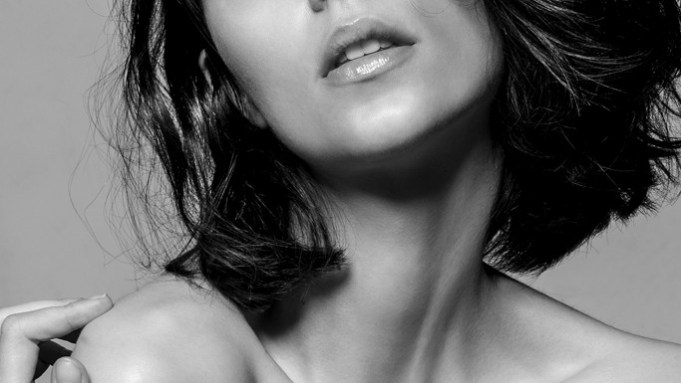 Sporting a blue suede motorcycle jacket and bedhead-tousled bob, 23-year-old Agnes Nabuurs certainly looks the part of her newfound It-model status. Yet rather than dish backstage gossip from her stellar first season, where she walked the runways of Marc Jacobs, Dolce & Gabbana and Louis Vuitton, the Holland native prefers to talk about her first love: medical research. “I have seen some live operations, which were awesome,” says Nabuurs. “Brain surgery is insane.” Amid chat of surgeries and Hurricane Sandy, WWD managed to get the inside scoop on the DNA-repped model’s first fashion month.

WWD: Were you here for the hurricane?
Agnes Nabuurs: I was. I’ve been in New York for three and a half weeks now, and I couldn’t do anything for over a week. I’m staying on Kent Avenue in Williamsburg. The four of us staying in the model apartment had to evacuate because it’s next to the water. We went to a really stupid place — 30th Street and 11th Avenue in Manhattan, where we didn’t have any electricity or water. We were there for one day and then we decided to go back to Williamsburg.

WWD: Is this your first time in the United States?
Nabuurs: I went to Miami once, like two years ago. It was a holiday for two and a half weeks. Can you imagine? At the time my friend and I were deciding between India and Miami. I don’t know what was on my mind. We decided on Miami because I have Italian friends and they had rented a place. We had a lot of fun, but two and a half weeks in Miami is a long time.

WWD: You modeled in Holland as a teenager for six months before quitting. What made you return to the industry?
Nabuurs: I had some friends still modeling and I was working in a restaurant but not earning a lot. They were doing beautiful work, so I thought, ‘Hmm, maybe I should give it a shot.’ So I sent some pictures to the agency I’m with now, and they were like, ‘Yeah, come on over.’ I had my last exams in August and the next day I went to New York to do fashion week.

WWD: What did you study?
Nabuurs: Medicine. I really like my studies, but the world was a bit small for me. I’d like to do more and see more, so that’s why I really like modeling.

WWD: Do you hope to eventually return to medicine?
Nabuurs: I think this year for me is just trying to figure out what I want. Modeling right now gives me the opportunity to see a lot of things. If I go into medicine, what I’d like to do most is surgery. It’s being creative on a totally different level. I think it’s just amazing what we can do, where people are talking while you’re fixing something in their head.

WWD: How was your first fashion week?
Nabuurs: In this business, you can’t expect anything. My first show was Marc Jacobs, and I remember walking in and being like, ‘This buffet is really good.’ That was my first thought. Then, the makeup and hair was huge, and the choreography. It was a real show-show. It was complicated, but beautiful.

WWD: And then you worked with Marc again for Louis Vuitton.
Nabuurs: That was the most beautiful experience of fashion week for me. The call time was three in the morning, and we started rehearsing at eight. I don’t know if it was me being tired or the early call time or if it was just really pretty, but I was tearing up. It was so beautiful. Kel [Markey], my twin in the show was like, ‘Are you kidding me? You’re crying because you’re walking Louis Vuitton?’

WWD: Are there any designers that you are dying to walk for next season?
Nabuurs: I don’t know. It’s not so much that I’m crazy about certain brands; it’s more editorials. I really like English magazines, like iD and Dazed and Confused with weird editorials.

WWD: What’s the weirdest thing you’ve ever had to do on set?
Nabuurs: When I was way younger, I had to breakdance topless which was pretty weird. That was really curious. They started with the breakdance part, obviously. Then they were like,’You know what would be really fashion? If you take your top off.’ It’s not really a big thing for me, so at the end of the day I was breakdancing topless. At that point, I was like, ‘How did they get me to do this?’