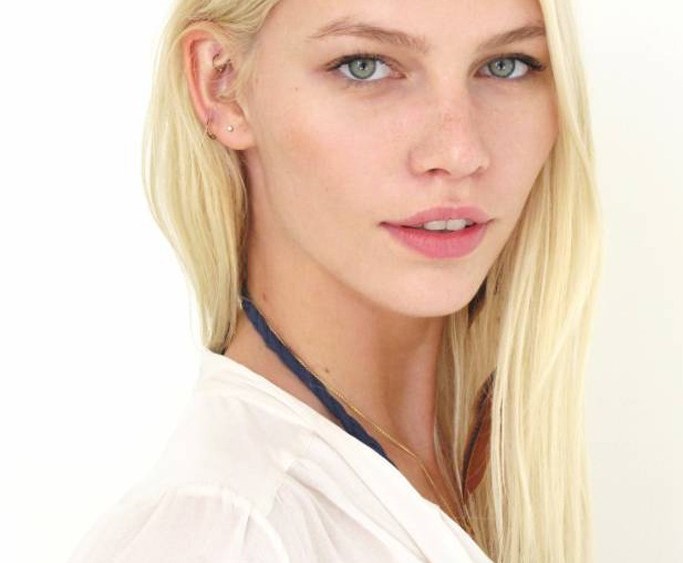 Despite consistently landing some of the best couture shows season after season, Aline Weber, 23, is skipping it this go-round. The Brazilian blonde bombshell said two jobs in New York, now her home base, sounded more appealing than the trek to Paris. But Weber, who’s repped by Next Model, wasn’t always able to be this choosey. “For the first three-and-a-half, four years, I couldn’t get work at all,” she says. “I was going to all the castings and nothing was happening.” Her big break came courtesy of Nicolas Ghesquière, who booked her to open his fall 2008 show — “the most memorable moment of my career,” Weber recalls. Some four years later, she’s in high demand — she walked in 32 fall shows and is consistently nabbing top editorials (most recently Numero, Harper’s Bazaar Brazil and Vogue Nippon). Her latest gig: co-starring in an ultra-sensual video with Kanye West (“I was so starstruck!”) for the launch of model Anja Rubik’s new magazine, 25.

WWD: Kayne West’s video for Anja Rubik’s new magazine, 25, looks pretty wild. What was it like to film?
Aline Weber: It was really crazy. I had vampire teeth and a Jesus crown. Then there was this beautiful Asian girl who’s a professional nudist. She’s pretty much naked in the video except for this snake. Kanye shot his part before mine so I didn’t get to see him. I’ve done his show before though so I’ve met him.

WWD: Couture is happening right now. Why aren’t you in Paris?
A.W.: I have two jobs here so I’m skipping it. I was at a shoot last night until four in the morning — I slept until 2 p.m. this afternoon [she couldn’t reveal any more details]. But I love couture — all the designers’ crazy imaginations come out with these insane creations. The only thing is with the long dresses, it can be little bit difficult on the runway.

WWD: The spring shows will be here before we know it. How will you prepare for them?
A.W.: In August, I always take two weeks off to rest up. The first week, I see my parents in Brazil and the second I go to this tiny island just south of Brazil with my boyfriend. Nature is all around us and the island is just full of hippies and fisherman. It’s very quiet and beautiful.

WWD: You walk so many shows every season. How do you keep from becoming mentally exhausted?
A.W.: Every day after the shows when I get back home, I never go straight to bed unless I really have to. I take at least one hour by myself to do whatever I want and I think that helps. Just reading or watching TV or talking on the phone to my friends with a little glass of wine. Sometimes, if I have time, I get a foot massage but that rarely works out.

WWD: What are some of your favorite TV shows?
A.W.: I really love “Two and a Half Men.” I liked it better with Charlie Sheen but I think Ashton Kutcher is doing a good job.