In town for New York Fashion Week, the 5-foot, 10-inch brunette stopped by WWD’s offices in between eight castings, and her hard work seems to have paid off. 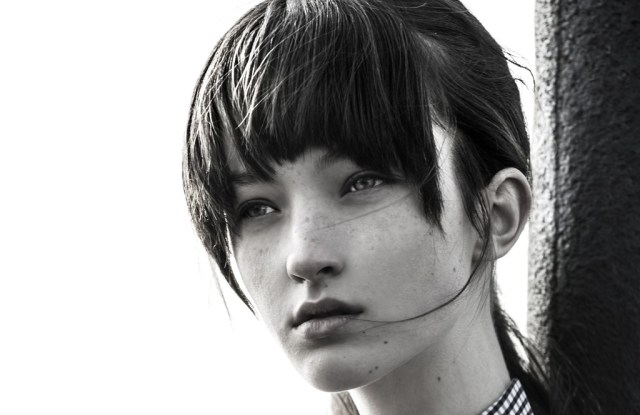 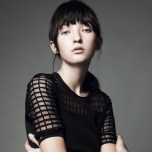 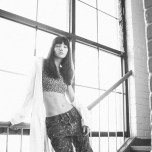 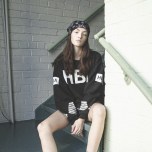 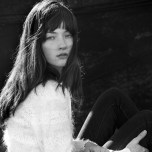 Being featured in WWD seems to run in the Longton family. In the late Seventies — long before 18-year-old model Angela Longton was born — her father Calvin, a former U.S. Marine, was pictured in the background of a photo on the paper’s cover. “He was walking on the beach and there was this girl standing there, posing for a shoot. He started watching her, so they brought him over and took his picture,” she said, displaying the vintage photo on her iPhone. “This is framed on the wall in his office.”

Longton, represented by DNA Management and crashing in a model apartment in Manhattan’s Hell’s Kitchen, has been modeling since age 13 after she attended a casting call in her native Florida. In town for New York Fashion Week, the 5-foot, 10-inch brunette stopped by WWD’s offices in between eight castings, and her hard work seems to have paid off. Last week, Longton was seen in shows and presentations for designers that included Thakoon, Tory Burch, Jenny Packham, Rebecca Minkoff, Misha Nonoo, Isa Arfen and Milly, among others. But the Swiss-German-English model has other things up her sleeve, too: She wants to be an astrophysicist and an actress.

WWD: How did you start modeling?
Angela Longton: I grew up doing musical theater, which I loved. I had heard of an open call at a placement agency, and I wanted to start acting professionally, so I thought, “Maybe I’ll get a talent agent.” I showed up and my mother agent said, “You look like a model, you should just start modeling.” That was pretty much it. I was 13.

WWD: That’s so young. Did your career take off right away?
A.L.: [My life] pretty much completely shifted [from acting to modeling]. I was signed to what was then Elite in Atlanta. I was young, and it was all hard to balance. When I was 14, I went to Tokyo for two months; my mom came with me. I had my teachers give me all of my work in advance, and I did it from Tokyo. That was good, and I had a great time, but it was hard on the teachers to grade all of my work at once, and it was hard on me to get it done. I had to request one day off a week in Tokyo, because otherwise they would’ve worked me every single day. I wouldn’t have had any time to finish my school work.

WWD: Were you able to finish high school?
A.L.: I ended up getting my associate degree when I was 17 at a community college and then I graduated high school a few weeks later. But modeling kept me pretty busy. You can’t really travel and have a normal high school life. If I wasn’t doing any of this, I’d probably be at a Florida university right now. When I was thinking about what I’d want to study, I was choosing between astrophysics and chemical engineering. I was always a big science nerd.

WWD: Has your family always been supportive of your modeling career?
A.L.: Yes. It just became an extra activity — I did musical theater, I sang, and modeling was like another level of performance. I have very supportive parents.

WWD: Tell me about your favorite modeling memory to date.
A.L.: I feel like I’ve done so much cool stuff. When I was in Tokyo (age 15), I’ll never forget: I was walking down the street with my mom — we had just gotten groceries — when my booker called me and said, “Hey, I have a job for you tomorrow. It’s at 1:15 in the morning.” I tried to sleep that night and I couldn’t. We all got on this bus and drove out three hours to a beach and shot photos for this men’s wear catalogue at sunset. I was super tired. Then, I got back at like 6 p.m. and still had two more castings that day.

WWD: How about the weirdest thing you’ve ever had to do on a photo shoot?
A.L.: I did a look-book shoot a couple years ago for Mary Katrantzou. I got on set and they asked me, “Are you OK with being put in a harness and flying in the air?” I was like, “Um, yeah, obviously!” There were these amazing sets. They put me in this harness, put a dress on over it, and I was holding hands with this girl flying in the air. It was really cool.

WWD: Were you interested in fashion before you started to model?
A.L.: I was. And then once I started, I was like, “Alright, I’m so immersed in [fashion] right now, I have to have outside interests.” I don’t think I’m that fashionable. I like to keep it comfortable. I hate being cold or wearing things that I don’t feel confident in. The most important thing for me is feeling confident.

WWD: Are you on social media? Do you think it’s important for your career?
A.L.: I’m on Instagram; I’m on everything. I get these e-mails from my bookers sometimes, like, “Hey girls, you need to be keeping up with your Instagrams.…Be careful what you’re posting.” So I try to post and keep it updated.

WWD: What’s been most challenging so far?
A.L.: There’s definitely a lot of rejection, no matter who you are or what you’re doing in modeling. You see so many people and not all of them are going to like you, obviously. But some of them do. And you just have to keep that hope that you’re going to be successful. That’s gotten me through the rejection.

WWD: Do you see yourself in this career for a while?
A.L.: I still have scholarships available, but they expire next year. I do want to go back to school, but it depends how this year goes. If this season goes really well, then I’m going to stick with it. I want to keep going. I feel really good about it. This is my first show season, but I’m pretty confident at this point. I’ve practiced my walk with my booker; they’ve given me pointers.

WWD: Bucket list?
A.L.: I have a written bucket list at home. It has like 27 things on it. I wanna go skydiving for sure. That’s a cheesy bucket-list thing, but that’s on there. I also want to walk in a major runway show. And I want to be in a feature film. I kind of want to do everything. There’s no one thing that I really have my mind set on; there are so many options. I’ll take whatever comes.