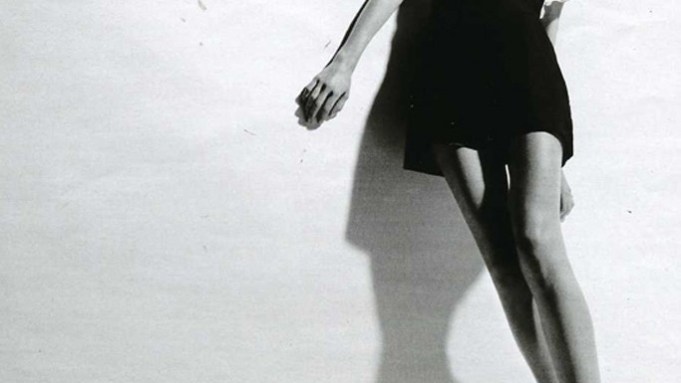 Anna Speckhart is a veritable small town girl. “I’m from the epitome of middle America,” she says, of her Pittsfield, Ill., upbringing. “It’s teeny tiny. There are only about 4,000 people.” After moving to the big city (Los Angeles) when she was 19, Speckhart made it big, but not before a couple retail pit stops. “My first two jobs were Forever 21 and Abercrombie & Fitch,” she says. After L.A. came Paris and now New York, where Speckart, 23, has shot editorials for Nylon, Esquire and Allure. We sat down to chat with her about big-city culture shock, pipe dreams and the pig and deer capital of the world.

Was modeling something you always wanted to do?
I think when I was really young, like 10, I thought about it. But when I mentioned it to my parents, they “ixnayed” it right away. And when I got a little older, I went through an awkward period so I didn’t really think about it as much. When I got scouted when I was 17, I thought I’d go to college instead.

What changed your mind?
Well, I decided to go to University of Missouri, an out-of-state school, and my dad was like, ‘You’re going to pay the out-of-state tuition.’ So I decided to go out to Los Angeles for the summer between my freshman and sophomore year and give it a whirl. If you do it the right way, you can make a lot of money. After I started doing really well there, I decided to put off school and focus on modeling. I thought I might as well give it a real shot.

Was it difficult adjusting to the fast-paced city life of L.A.?
It was an extreme culture shock. I mean Pittsfield is a super rural community. We have a lot of farmers. It’s the pig and deer capital of the world, which is like our claim to fame. But I loved living in L.A. I want to build a house on the beach there one day.

And then you moved to Paris. How long were you there?
Almost a year and I still don’t speak French. It was a good opportunity for me because that’s when I started doing more work in the fashion market. I was doing a lot of catalogue in L.A. I enjoyed it for what it was but I was glad to be back.

Was it intimidating to migrate into the high-fashion world?
I mean, I’m not a fashionista. I can be open about the fact that I’m so oblivious to this whole world around me. I can say my booker, “I have a question because I don’t know who that is.” And they’re like “What do you mean you don’t know who that is?” But they get that I’m not going to spend $1,200 on designer gear and that I’d rather work for money than trade.

Do you feel pressure to dress a certain way because you’re a model?
I think so. I mean you don’t get me wrong, I got to these castings and see these girls in amazing outfits and I’m like, “Dang! I wish I knew how to put that together.” But I’m really frugal   — J.Crew is a real stretch for me sometimes.

What do your friends from home think of your modeling?
I’m a really private person so I don’t really talk about it at home. I avoid questions about it. They’re really proud of me but it’s awkward for me. I feel totally unrelated to my pictures sometimes. I’m like, that’s not really me. That’s work Anna and this is normal Anna.

Any special holiday plans?
I have to fly to Hawaii today to shoot for Urban Outfitters. But I’ll just be there for two days, then I get to fly home. I’ve actually spent the last three New Year’s in Vegas to watch a fight. There’s a UFC fight coming up so I might go to that in Vegas.