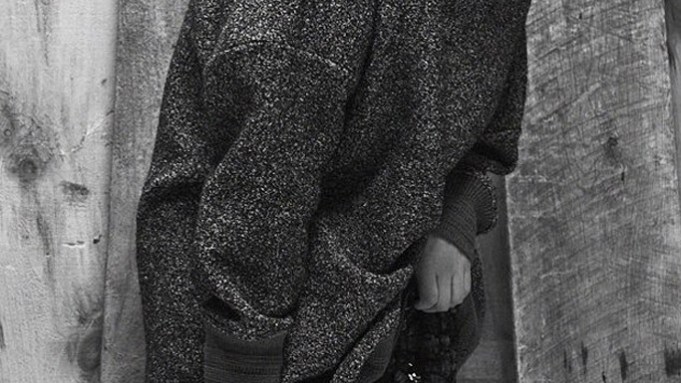 Back in New York after an extended stint in Australia, Autumn Kendrick is eager to share a recent bout of self-discovery. “I found that I love pajamas…onesies in particular,” the Vancouver native says. “I shot two or three Peter Alexander campaigns, which is the big pajama company out there. Those were awesome, awesome days. I mean, you’re wearing pajamas!” Sans PJs, the 21-year-old Muse-repped model stopped by the WWD offices dressed in a sheer black blouse and printed shorts, ready to talk ballet, board games and more.

WWD: When did you get back to New York from Australia?
Autumn Kendrick: I got in on Saturday. I went home to Toronto first for a quick visit to say hi to my husband.

WWD: How long have you been married?
A.K.: A year and a half. It’s still fairly new. I think I’ve seen him three weeks this year. We’re pretty used to it. He’s an accountant…a very nice, boring, stable job.

WWD: How did you meet him?
A.K.: Well, I’m a huge dork. I met him at a potluck dinner for people who like board games. Everyone goes to this restaurant and we talk about board games.

WWD: How did you find this club?
A.K.: I had just moved to Toronto from Indiana of all places….I was a principal ballet dancer for most of my life. So, I had a company in Indiana, but my work visa was expiring at the time and they threw me back to Canada. I was determined that this was only a short-term thing, so I was living in a hostel in Toronto and staying in every night. My friends from Indiana were like, “This is not cool. Go to this club, and we’re not talking to you until you make friends.” So I ended up sitting across from my husband.

WWD: What’s your favorite board game?
A.K.: There’s this card game that I love called Munchkin that’s a spoof on Dungeons & Dragons. I like Careers, Monopoly….I like the more simple, like Carcassonne, Catan. OK, now I’m getting dorky.

WWD: Back to ballet — when did you first start dancing?
A.K.: My family moved a lot, so we had just moved to a new home and all the girls on our block were dancers. My parents were like, “Well, she’s pigeon-toed and awkward, maybe we can throw her in.” But I fell in love. I left home at 11 to start training. I was obsessed. Dance was my life and my soul.

WWD: How did that lead to modeling?
A.K.: I was doing dance photography for a photographer in Chicago on the side. [My mother agency] Factor saw those photos, and at the time, my papers for dance were expiring. Factor was like, “We could get your papers for you if you’d be interested.” I asked if they could split them with my dance company, and that’s kind of how it all started. Eventually it just kind of took over.

WWD: What was your first official modeling job?
A.K.: My first casting was for a J.C. Penney commercial, and I got it. No one was expecting it. My booker had actually gone on vacation, and I got a call that I had a fitting for the commercial. Two days later my booker called to say I got it. I was like, “I know, I already had the fitting yesterday.”

WWD: At what point did you realize that you were more of a model than a dancer?
A.K.: I don’t know that I have. I’m still the crazy girl dancing down the street. I just came back from Sydney, which I think was a breakthrough market for me.

WWD: What were you doing there?
A.K.: I had a really nice balance of campaigns and editorials. I did a job for Westfield Malls, which is nice because that pays your bills. Then I got really lucky and did a lot of editorials, like Marie Claire. I did Country Style, which always sounds dorky but it’s one of the Vogue publications.

WWD: How long are you in New York now?
A.K.: Well, this is supposed to be my home. I moved here last July. I haven’t spent much time here, but technically I moved last July. I should be here until the end of June. But I also have a cottage, so I like to be home in Toronto for the summer.

WWD: What did you study?
A.K.: There were a lot of degrees in there….I started as a dance performance major, but got really sick and went home for a bit. When I came back, I switched to dance arts administration. My primary major upon graduation was sociology and social work, but I kept the arts administration degree going. I actually just finished my masters two weeks ago.

WWD: How did you manage to balance everything?
A.K.: I still ask myself that question. I did my masters in integrated studies, focusing on cultural studies and education. I did it online. Somehow in the chaos of Sydney, I wrote my final thesis paper.