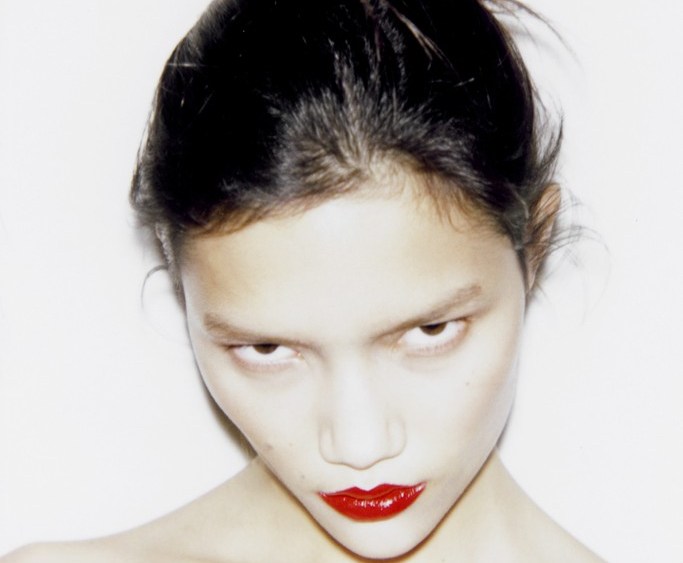 Arriving at the WWD office on Monday afternoon, Charlotte Carey was still recovering from a traumatic experience earlier in the day. In search of the perfect beach spot, Carey had inadvertently stumbled upon something a bit less tranquil: the rare New York nude beach in Rockaway.

Carey, who is repped by Wilhelmina Models, was fully clothed in an expertly torn Bjork T-shirt and ready to talk about her experience in the industry.

WWD: Where are you from?
Charlotte Carey: I was born in California, and then my mom took me back to Indonesia. We lived there for five or six years, and then she got a job back in California. Indonesia is very different. The last time I was there was a few months ago for work, and I discovered that I was allergic to mosquitoes. I woke up and my face was swollen. I called my mom, and she said, “Oh yeah, I forgot to tell you that you’re allergic to mosquitoes.”

WWD: How did you start modeling?
C.C.: Well, I was kind of a troublemaker in school, and I didn’t believe in school at the time, so I would ditch. I ran into an agent who worked at Elite and he gave me his card. I was like, “This is stupid.” But when I got kicked out of school for ditching so much, I turned 16 and tried to get a job and thought, “Maybe I should try this modeling thing out.”

WWD: When did you move to New York?
C.C.: I came towards the end of last year, when I signed with Wilhelmina, and I’ve been working nonstop since.

WWD: What have been some of your favorite jobs?
C.C.: I just shot with Daniel Jackson for this beauty campaign. I just shot Teen Vogue with Josh Olins and Guido [Palau]. He took my hair and made me platinum.

WWD: So this is a new look for you?
C.C.: I just went blonde last week. Before, I was a strawberry, f–ked-up orange color. When I confirmed with Teen Vogue, they said, “Guido wants to completely change your look.” I flew in from Europe and went straight to the salon.

WWD: And you recently shot CR Fashion Book?
C.C.: That was really fun. Carine [Roitfeld] did the styling. She’s really sweet. I was like, “This is awesome.” The best thing about working in this industry is working with creative people and collaborating with them.

WWD: Will you be doing fashion week this season?
C.C.: Yeah, I actually have to go to my agency after this to learn how to walk. I have to do that for the next few days because I’m going to Tulum, Mexico for a month. I’m going with my boyfriend, and [his friends] will be down there and my agents will also be there. I guess New York will be in Mexico for August.