The ballerina-turned-Trump model recently sat down with WWD between castings to talk fashion week, Christian high schools and chicken crepes. 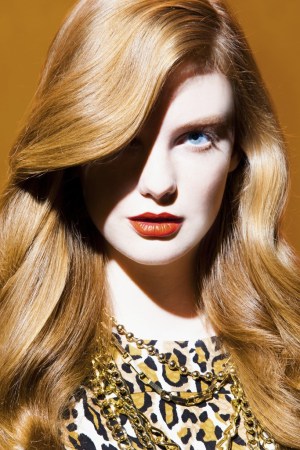 Don’t let the blonde hair and blue eyes fool you — 19-year-old Clara Settje is one tough chick. Just don’t put her in a room with Marc Jacobs. “I never, ever get starstruck by people, but I would if I ever meet him,” says the Texas native. The ballerina-turned-Trump model recently sat down with WWD between castings to talk fashion week, Christian high schools and chicken crepes.

WWD: How are you feeling going into your first full season?
Clara Settje: Well, I did a season when I was just 16 in New York, but I only did a few shows. I did Christian Cota, Alice & Olivia and a few others. I was an option for Marc Jacobs, but I didn’t end up getting the show. I was still in high school, though, and my mom was smart so she put me back in school. I went to a Christian private school in Texas, which is always lovely when you’re a model because they automatically think you’re a Playboy model.

WWD: How did your first runway show go?
CS: My first show was actually when I was 14, when Phillip Lim had won the [Rising Star] Dallas Fashion Award. I don’t even want to know what I looked like — I was so nervous. Luckily, I think Dallas was a good place to kick it off because they are forgiving there.

WWD: And now you’re back here in New York, three years wiser. Any lessons you’ve learned from your first NYFW experience?
CS: Don’t party. Enjoy your time wherever you are. Always talk to as many people as possible, because you never know whom you’re going to meet. Never wear sandals. My feet get sweaty in boots, but at least it’s not as gross as wearing sandals. I don’t even want to know what’s on the streets here.

WWD: Is there anything that helps to keep you sane during all of the chaos?
CS: I just splurged on an iPad, so I’m part of that gang now. I tried yoga, and it was miserable. I do Pilates sometimes, but that’s about it. When you get home at the end of the day, you’re just so exhausted. It’s like, lay in bed watching Netflix or go for a run?

WWD: What part of fashion month are you most excited about?
CS: Paris. There’s something special about New York because it’s the first city and there’s a certain energy to it, but I’m looking forward to being in Paris. I want to go buy a chicken and cheese crepe, then I want to go to the park and eat the crepe, drink coffee, smoke a cigarette and read a book — just completely relax.