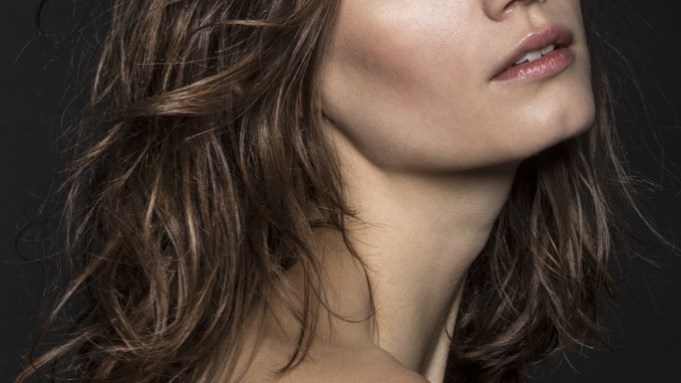 Kicking off her runway career this season at age 27, Drake Burnette is something of a model anomaly — or so she thought. “It’s weird, almost nobody has asked my age during castings,” says the DNA-repped model. “I always end up asking other models how old they are because I want to know. I think it’s so interesting.” WWD sat down with the Austin native as she embarks on her debut New York Fashion Week.

WWD: What does your family think about your new career?
Drake Burnette: This sounds terrible, but modeling is not some dream I’m chasing. I just signed with DNA in December. I got scouted in Texas by this couple that just happened to be passing through the area. It’s just this crazy thing that happened and it just keeps happening and it keeps getting better and better. We’re all kind of like, “I guess so!”

WWD: What were you most surprised to learn about modeling?
D.B.: I’m surprised that I like it. I don’t love everything about it, but I enjoy it. I’m shy and to go out and talk to different people all day is a challenge to me, but it’s a good thing.

WWD: What were you doing before you were scouted?
D.B.: I was an Art History major at the University of Texas. Then I went to California for a while where I interned at a film studio. After that ended, I wanted to stay so I just got a job at American Apparel. I partied a lot…basically anything to piss my parents off.

WWD: Have you ever done runway work before?
D.B.: Never. Richie, my booker, has been giving me some lessons at the agency.

WWD: Have you developed any pre-casting rituals?
D.B.: Breakfast is important. You don’t have it here, but there are these breakfast tacos in Texas that are amazing. They are different from a breakfast burrito. It’s basically just some combination of eggs and cheese and something else in a soft tortilla. I really like it with beans, because then it’s this perfect little thing of protein.

WWD: How are your castings going so far?
D.B.: There are a lot of things that I’m really excited about. I have my fingers crossed for a few, but I don’t want to say which and jinx it. It’s been so busy that I haven’t really had time to think about it though. I’m excited. I’m nervous. I just want to do a good job.