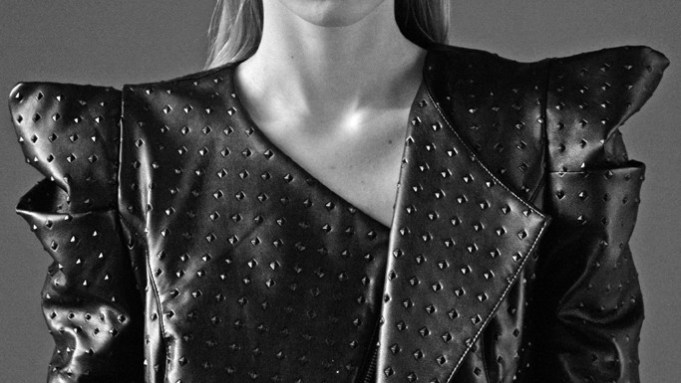 Despite skipping New York and London, Elza Luijendijk had one of the strongest debut seasons for fall 2012. After landing an exclusive in Milan with Prada, the Dutch newcomer took Paris by storm, scoring runway spots at Alexander McQueen, Balenciaga, Givenchy, Miu Miu and Yves Saint Laurent, the latter which she opened and closed. “I loved every second of it,” says Luijendijk, who’s repped by IMG. “All the girls in Paris were like, ‘I can’t wait until it’s over!’ I was like, ‘I can’t wait until the next show!’” Continuing her hot streak, she just shot editorials for Dazed and Confused, Numero and V magazine. All that, and she’s only 16.

WWD: Congrats on your first fashion season. Was your school OK with you taking all that time off?

E.L.: It wasn’t easy because I couldn’t tell them I had to take off for the Prada show because it had to be a secret. I couldn’t tell anyone, not even my family. So I just told them, “I have something really, really important so I need a week off but I can’t tell you why.” They were like, “That’s weird but okay.”

WWD: You have a twin sister who models too. What’s that like?

E.L.: Yeah, she models just in Holland though. We’re identical twins. I remember the first time my mom saw a modeling picture of me, she wasn’t sure if it was me or my sister. She was watching the news on TV and I was on a billboard in the background and she was, “Elza! You’re on TV! Oh, wait is that you or your sister?”

WWD: How did the Prada exclusive come about?

E.L.: They came to Amsterdam to meet with a few unknown girls. It was all very secretive. We met in a hotel. My mother agency called me and said the casting director of Prada [Ashley Brokaw] wanted to meet me and my sister, but she couldn’t miss school because she had a test that day.

WWD: Bummer. She must have been so annoyed.

E.L.: Yeah, we love to design together, actually. Since I’ve been modeling, we’ve been doing it more, since I have more interest in fashion. We just started so it’s more like customizing pieces and drawing shoes and bags, but we have fun. Maybe it’ll be my things on the runway someday!

WWD: Back to the Prada casting. Were you nervous?

E.L.: No, there were a lot of other girls there to meet Ashley, but when I walked in she walked straight up to me to introduce herself so I thought, “Okay, maybe this will work out.”