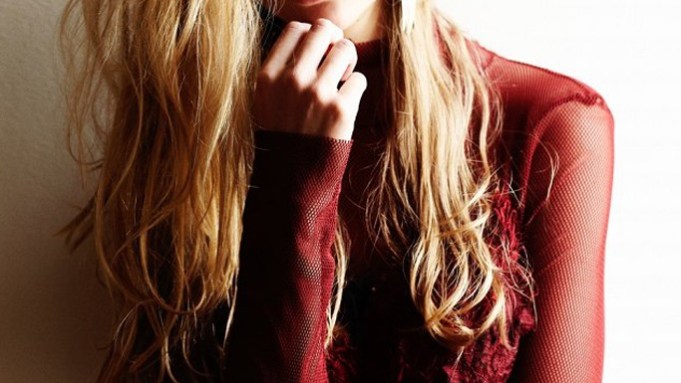 Emma Stern is making the most of her gap year. While taking some time off post-high school, the nearly 5-foot, 11-inch blonde was scouted on the streets of Copenhagen and signed on the spot. Just over a year later, the 21-year-old has already nabbed three editorials with photographer Ellen von Unwerth — and that’s just this past summer. But don’t worry, Mom and Dad, school is still in the plan. “I really want to finish my education,” the Silent-repped model says. “I want to work with marketing, and maybe something in this business.”

WWD: How long have you been in New York?
Emma Stern: My agency asked me to come here for month back in June. Since then, it’s been going so fast so I just made the decision to take a break from my education and do this completely. I’ve been here before, so I knew the place a little bit. But when I came to New York in June, I was coming here alone. I stayed in a model apartment. It’s very overwhelming. But I think it helped that I knew the city a bit, especially when you have to go around to all these castings.

WWD: When were you previously here?
E.S.: I was here for three months, actually. I wasn’t a model at the time. It was after high school and I came here with a friend from my class. We worked as au pairs in New Jersey. It was just a good opportunity to travel after school.

WWD: How does living here now compare to back then?
E.S.: It’s so much better. Before you could say I was a tourist for three months. Now it’s more serious.

WWD: Tell me about some of the jobs you’ve recently done.
E.S.: I did a shoot with Ellen von Unwerth for Vs. Magazine. I first met her on a go-see, and she booked me for a job. A week after that shoot, she booked me for Madame Figaro in Paris and Steub magazine in Berlin.

WWD: What was it like to work with her?
E.S.: I think she’s very inspiring because she’s very…she’s not scared to do something different. Sometimes [photographers] are very considerate of how the clothes are fitting and all that stuff. But she’s just like, “Put the clothes on and do whatever you want.” It doesn’t feel like working when you are with her — it’s all about having fun. When you see her pictures and you see a girl laughing, you really know she was really laughing.

WWD: Do you have any career goals?
E.S.: That’s a hard question. There are so many things I want to do. Right now, I just want to make this iconic picture that you remember for long time. I think it would be very cool. You always think of the top models and that picture that made them famous.

WWD: What do you think makes an iconic photo?
E.S.: It’s hard to say. Like, think about Claudia Schiffer and the Guess campaign. The photo has to show who you are.