The 18-year-old Trump-repped model has green, wide-set eyes that lend her a distinctly feline beauty and she draws frequent comparisons to a young Björk. 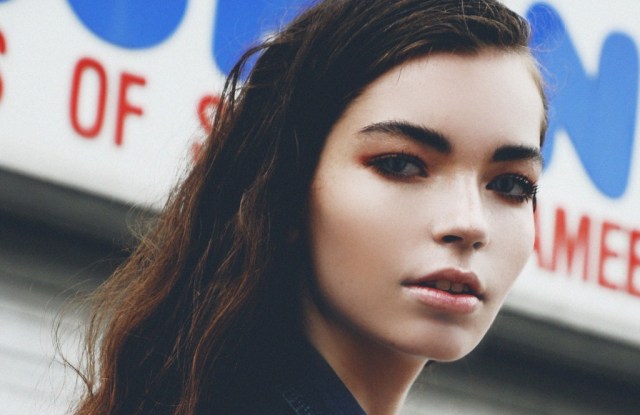 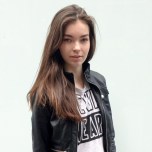 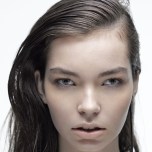 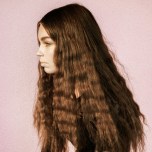 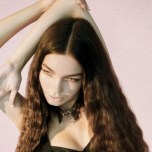 “It’s so funny because I’m the only one in my family with these eyes,” said Gabrielle Ouellet on a recent afternoon at WWD’s office. “I don’t know if you can see it — it’s my crazy thing.”

It’s no surprise that the 18-year-old Trump-repped model from Quebec City has been featured in editorials emblazoned with the headlines “Feline” and “Animal Instinct”: her green, wide-set eyes lend her a distinctly catlike beauty and she draws frequent comparisons to a young Björk. (A quick Google image search of the Icelandic singer-songwriter confirmed the resemblance, though Ouellet disagreed.)

At 5-foot, 8-and-a-half inches, Ouellet lands on the shorter side of runway height parameters, but she still managed to walk two shows in Montreal and Toronto for fall, and has been gaining editorial ground with shoots in Oyster, Creem, Factice, Dress to Kill, Veoir and Novembre magazines. She is currently stationed in New York for two months, living in a model apartment in the East Village.

In her French-tinged accent — with a freneticism that requires her to frequently catch her breath — Ouellet talked to WWD about working at an ice cream shop, smiling (or not) for photos and her crush on Justin Bieber.

WWD: So how did you start modeling?
Gabrielle Ouellet: I was scouted by a girl on Facebook. She referred me to my mother agent, Chantale Nadeau in Canada. It’s so funny because I was baby-sitting at this time. I saw a message on Facebook, and it was like, “Hi, how tall are you?” I was like, “What the hell is that?” And then I became a model, not knowing anything about modeling except what I saw on “America’s Next Top Model.” I was 16.

WWD: What did your Facebook profile photo look like?
G.O.: It’s so funny, it happened to be a picture of my face without smiling. When I took this picture, [my friend and I] did a fun photo shoot on my street and my friend said, “Gabby, for the first time, don’t smile.” I was like, “What? No smiling? I can’t be beautiful without smiling!” I was always smiling in pictures. But I took this one [serious] picture and then I became a model from it. I really learned.

WWD: What did your life look like at the time?
G.O.: I was in school and I was also working at an ice cream bar. At the job interview, [my boss] was like, “Why do you want to work here?” I was like, “I love ice cream.” And she picked me.

WWD: Were you planning on continuing your education?
G.O.: I’m happy to be a model because I don’t know at all what I want to do. I was planning to go to CEGEP — I went there for a program for two days. I was thinking of doing part-time modeling. But I was in history class and I was like, “What the hell am I doing here? I want to be in New York.” I left school and started modeling full time. I didn’t know what I wanted to do and didn’t want to be in school studying everything.

WWD: Did you ever think you could be a model when you were growing up?
G.O.: When I was younger, I was a tomboy. Ponytails, no makeup…I didn’t care about what I wore. I didn’t care at all about the physical stuff. When I was 10 years old, I started noticing my eyes but I was so young. I posted some pictures on Facebook eventually and people were like, “You should be a model,” and I was like, “Yeah, yeah, you’re just being nice.”

WWD: Your work requires you to live in foreign cities for months at a time. Do you ever miss home?
G.O.: I love seeing my friends and my family and my dog — a goldendoodle, like a teddy bear. But [Quebec City] feels so small. I love big cities so I’m always a little sad to go back home. I know that I wanna move but I don’t know where yet. In Canada, I prefer Toronto over Quebec City. But New York is my goal.

WWD: How have your friends and family reacted to your career?
G.O.: In the beginning, my parents were a bit scared. I forget the name of this movie they saw but it’s about the worst part of the modeling industry. But now they see how I’m doing and that I’m OK and happy. They are so happy and they really believe in me. I think there are some jealous friends back home, but they don’t say it. They’re like [feigning aloofness], “Ah, cool, cool.” But my real friends are so happy for me. They are like, “You deserve this.”

WWD: Do you think your experiences in modeling have changed you in any way?
G.O.: I think I was really shy when I was younger. I’m still getting better, better at showing my personality than I was. I’m comfortable more quickly now. About my appearance, I don’t really care. I’m not like, [flipping her hair] “Oh my God, I’m so beautiful, I’m so amazing.” I have the face I have and that’s it, like it or not.

WWD: Any guilty pleasures?
G.O.: I can tell you my secret: I’m always a fan of Justin Bieber. When I was 14, I found him on YouTube before he was a star. I was like, “I’m cooler than everyone — I found him before you.” Then he became a star and I was like, “Oh my God, you’re so cute, I love you.” I had posters all over my room. My friends are like, “Come on, stop it.”