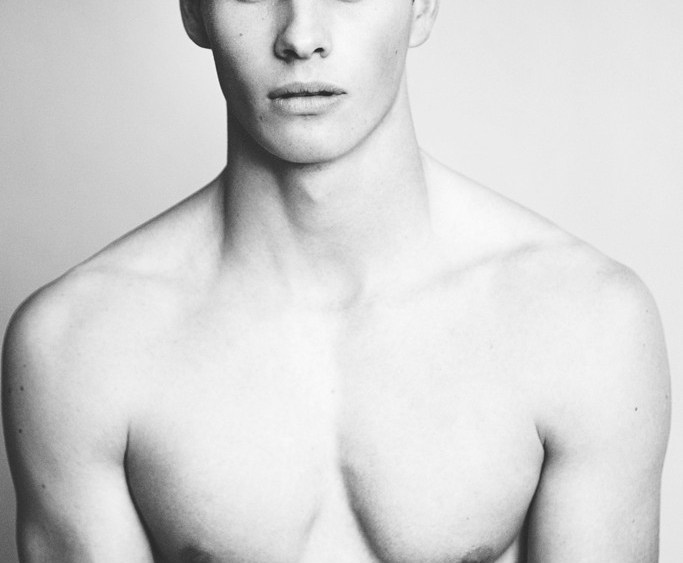 “I hate talking about myself and telling everyone what I’m doing like it’s so interesting or something.” Such is how this interview began with British male model Joe Collier. “It just feels weird to talk about myself, like I’m bragging,” he continued.

The Manchester native may have his smoldering stare down pat, but he might need some more time before he breaks out of his shell. After all, the guy’s only been doing the modeling thing for six months now. Yet that’s all the time Collier, 20, needed to land some of the most sought-after gigs for the men’s spring 2013 shows, walking for Viktor & Rolf, Mugler and Givenchy, among others. We sat down with the lad, who’s repped by New York Model and is our first male Model Call interviewee, and were pleasantly surprised by how chatty he soon became.

WWD: How were you discovered?
Joe Collier: I was just shopping in Manchester with my little brother, Ryan. I came out of a shop and some woman was like, staring at me. I was a bit creeped out, like ‘She’s going to try to sell me something.’ But then she asked if I wanted to be a model and I was like, ‘Not really.’

WWD: You were against it?
J.C.: Yeah, because I was playing golf then, pretty seriously. I used to do like World Amateur stuff. But it was winter at the time so I wasn’t playing much. So two weeks later, I still had her card and I thought, ‘Maybe I should give her a call.’ So I went and we chatted about it.

WWD: Did she persuade you?
J.C.: She was like, ‘You could go to New York and Milan and Paris.’ I hadn’t been on a plane for over three years. My family didn’t have the money for travel like that, but part of me thought she was trying to fill my head with all this stuff just to get me to sign with the agency. But two weeks later, I was walking the shows in Milan so she delivered! When I flew to New York this time, it was my 20th plane ride of the year; I still can’t believe it.

WWD: And what does your family think of you modeling?
J.C.: They’re just going crazy. They love it. And when I go home…I’ve been in the local newspaper so that’s all anyone wants to talk about. A lot of my model friends say, ‘When I go back home, all my friends tease me about it.’ My friends are crazy for it, they love it! You sit at the pub and they ask me all these questions. It feels weird because I’ll have not seen them in like two months and I’m like, ‘What have you been up to? What’s been happening?’ And they’re like, ‘Not much, so-and-so broke up with his girlfriend. That’s about it.’

WWD: Do you remember the first time you saw a photo of yourself on a magazine cover?
J.C.: The first stuff was on the Internet, like people making pages about me.

WWD: What kind of pages?
J.C.: Somebody made a Tumblr about me. It’s pretty cool to look at.