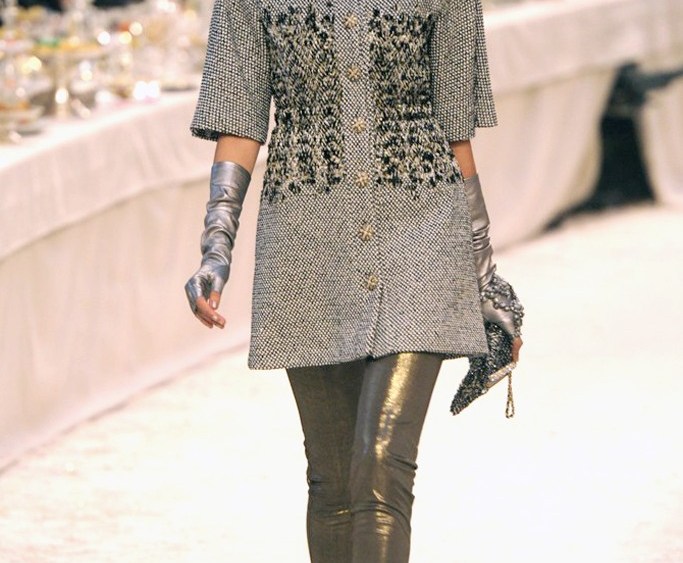 Kelly Gale is your typical teenager. The 17-year-old high schooler struggles with French homework, has a gym teacher who picks on her (despite an eight-year stretch on the soccer team) and hopes to one day walk in the Victoria’s Secret fashion show. Unlike most teens, Gale has a leg up on that last goal. The Swede (though her mother is from India, her father from Australia) broke into modeling at the tender age of 13 with children’s wear jobs, but it wasn’t until last December, when Gale walked in Chanel’s pre-fall show, that she hit the big leagues. We sat down with the DNA-repped stunner just weeks before she embarked on her first full fashion season.

WWD: You’re about to do the full run of shows. Was your high school understanding about taking more than a month off?
KG: The day before I left Sweden, I went in and talked to all the teachers about homework and what to bring here so I’m [caught up] with everyone else. As long as I keep my grades up, they’re pretty flexible. The only teacher that gives me a tough time is my gym teacher. She doesn’t like that I’m away working. She says I don’t exercise and eat right and that I’m probably starving myself. She’s really weird.

WWD: That’s one of the biggest stereotypes models have to deal with.
KG: We all apparently have anorexia. That and girls at school think it’s supereasy. That we just get dressed up and sit and get our picture taken. We get everything for free and life is easy.

WWD: What was it like doing Chanel pre-fall?
KG: It was so cool, felt very surreal. Meeting Karl Lagerfeld felt weird. Like you see him in magazines and newspapers and then, boom, there he was. He had the gloves on and everything. He’s a lot nicer and less intimidating than I thought he would be. Also, being in Paris was amazing. It’s my favorite place. Everything from the architecture to the food — I love it all.

WWD: What’s your favorite French dish?
KG: I like their onion soup. Anything with their fancy cheese.

WWD: What’s something you’d like to achieve in your career?
KG: I’d love to work for Victoria’s Secret when I’m a little bit older. I don’t know how my parents would feel about that, though. I’d have to have a little chat about it with my dad.