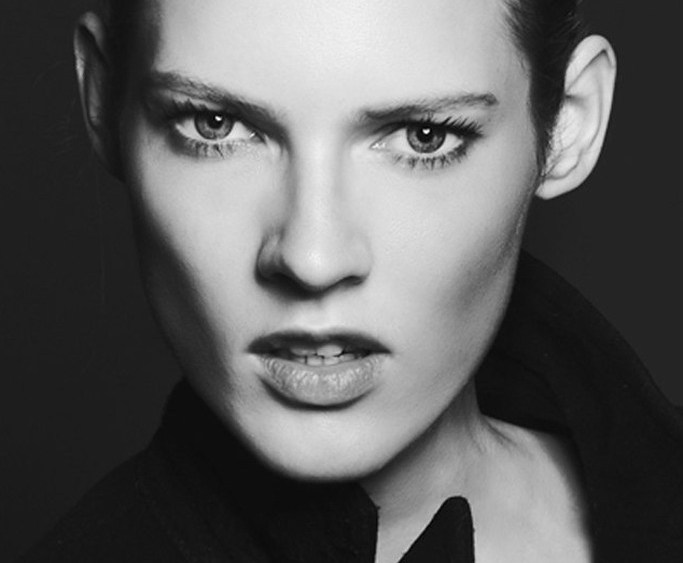 Kristel Van Valkenhoef’s piercing blue eyes may have helped secure her runway spots at Costello Tagliapietra, Vivienne Tam and Timo Weiland, among others, but the Dutch model owes much of her success to her meddling older sister. “When I was 14, she sent pictures of me into some modeling competition,” Van Valkenhoef, now 24, says. “She told me, ‘I’m going to apply for you and if you become a good model, you should get me a ticket to New York to come visit.’ I still haven’t done that though.” WWD caught up with the Muse-repped model to talk runway and more.

WWD: So tell us about this modeling contest.
Kristel Van Valkenhoef: It was back in Holland, and I was selected but they told me I was too young and to come back when I finished high school. I was like, “OK, whatever,” and sent in some pictures after I graduated. It all sort of happened really quickly from there.

What were some of the first jobs that you did?
It was nine years ago.…The only thing I remember was Stiletto magazine because I got a phone on the job. I don’t know why. It was this whole new world and they were just like, “Here, we have a few extra phones.”

Do you remember what your first big job was?
This is like digging into my memory. It’s a blur. I think, for me, the biggest jobs are when you have trips and get to see the world, but maybe that’s not for the biggest brands. Like, I loved going to Senegal for Marie Claire France, which was my first time in Africa.

Have you had any crazy shoots?
One time, we were reshooting women’s pieces for Paco Rabanne, and here was this dress that was a lot of metal chains that they wanted to shoot on the floor. I was laying on the floor moving over these little metal pieces [of the dress]. I had chain marks in my back for a week or two. It was a fun shoot, but it was painful.

When did you start doing runway?
I tried it my first season in Paris, but I was very shy, so that didn’t work out. I did a fashion week here or there in Europe, but it never works out without New York. You need to start in New York to get somewhere.

Do any shows from the most recent season stick out?
I think the Rachel Zoe show was funny because there was so much going on. Apparently she has this whole TV presence?

You didn’t know she had a TV show?
I know who she was because I’ve seen her on castings and I think she’s very lovely. I didn’t figure out she was also a TV presence until I was there. It was chaotic because her show was at Lincoln Center and the backstage area is so small.