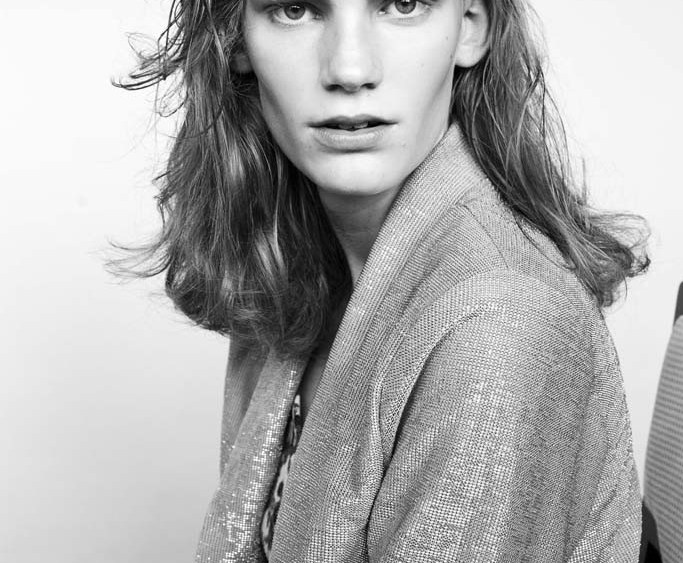 “I live in a math world!” It’s not a statement one typically hears in the modeling industry, yet German newcomer Lena Hardt is living proof of beauty and brains. Not only is she concentrating on math and art in high school, but both of her parents are math teachers (and then some; read on). It’s no wonder they were “very skeptical at first” when Hardt told them she wanted to start modeling. But after a very successful debut season — she walked in fall shows for Yves Saint Laurent, Versace and Burberry Prorsum — Mom and Dad are coming around to the idea. The 17-year-old, who’s repped by DNA, is currently in New York for a short summer modeling stay before she heads home to Cologne for her last year of school in the “math world.”

WWD: Was modeling ever in your plans?
Lena Hardt: It was never something I thought about. I thought maybe I would study art. But I actually think modeling has a lot to do with art. There really is a deep connection between the two. Maybe art is something I’ll get involved in after modeling.

WWD: What was it like to walk the runway for the first time?
L.H.: My first show was Burberry and I was so nervous. But I loved it; it was such a cool atmosphere. It all happened so fast and it was so new — I had to concentrate really hard. I was so glad, because for the first shows, I had such good shoes. I was one of the lucky ones!

WWD: How are you adjusting to life in New York?
L.H.: This is my first time coming here. Before I left, everyone told me that the first time you visit New York should be the best time. I obviously can’t say if it’s been the best time, since it’s the only time I’ve ever been, but it’s been really great so far. At first, it was a little bit of a shock because it’s so busy and everyone is running around, always in a rush. I had imagined that I wouldn’t like how busy it is, but I’ve actually gotten used to it. It’s never boring!

WWD: What do you like to do in New York when you’re not working?
L.H.: I really like the parks. I live near Central Park, so I like to sit there and read when I can. I love Steven King novels!

WWD: Are you ready to go back to school in the fall?
L.H.: It’s so hard because I live in two different worlds that are so different. It’s hard to switch between them. It’s like “OK, now you’re just a schoolgirl,” and then “Now you’re in New York and having an amazing time.” Some of my teachers are very skeptical, and some of them have been very supportive. They know that you grow up faster when you’re traveling on your own. I don’t think my friends can really even imagine what I do — you have to live through it yourself.