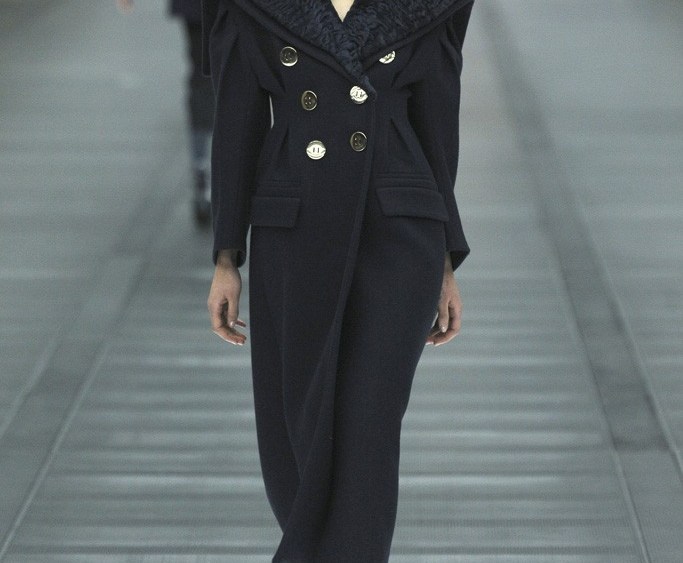 When asked her favorite modeling job to date, newcomer Liza Schwab already had quite a few to pick from. There was her runway debut at Miu Miu last March, a subsequent editorial in W magazine styled by Olivier Rizzo and a pictorial in Vogue Italia, to name just a few. For the Netherlands native, however, the answer is a no-brainer.

“[Shooting] Love [magazine] was amazing,” says the 18-year-old. “And not because of the shoot itself, but because of [editor in chief] Katie [Grand]. She wanted me to meet Mert [Alas] and Marcus [Piggott], and she was introducing me like, ‘Miss Foxy and Naughty.’ I was like, ‘Oh my god!’”

WWD sat down with the New York Model Management-repped model to talk model laws, “Game of Thrones” and more.

WWD: What was it like to walk in the Miu Miu show as an exclusive last season?
Liza Schwab: I was terrified.

WWD: Why is that?
L.S.: You feel like you’ll disappoint [the team] if something goes wrong. You’re just terrified to disappoint them. I was terrified.

WWD: What was it like when you were on the runway?
L.S.: That was actually not that bad. It’s more the feeling around it.

WWD: What are your thoughts on the new child labor laws in New York? [The legislation, passed June 12, recognizes models as child performers protected by Department of Labor regulations.]
L.S.: Actually, I don’t have much of an opinion. I have a roommate who is 16, but if you meet her as a person, she’s far more mature than I am. I don’t actually know what age means now.

WWD: Do you think that’s a trait unique to the modeling world?
L.S.: It is, but age doesn’t say much normally. Especially with models, they don’t act like their age. They’re far more mature.

WWD: Do you feel like you’ve matured because of modeling?
L.S.: I started to make my own choices more. It comes naturally. I always thought the Netherlands was this small place. Since I’m away, I actually realize that it’s true. I don’t belong there. It’s too small for me.

WWD: What are you doing when you aren’t modeling?
L.S.: Actually, I do my school online. Well, I try to do that.

WWD: Is it hard?
L.S.: It’s really hard…And I started to watch “Game of Thrones,” so when I’m on a computer, it’s like, “I’m going to watch this episode instead of doing my own work.”