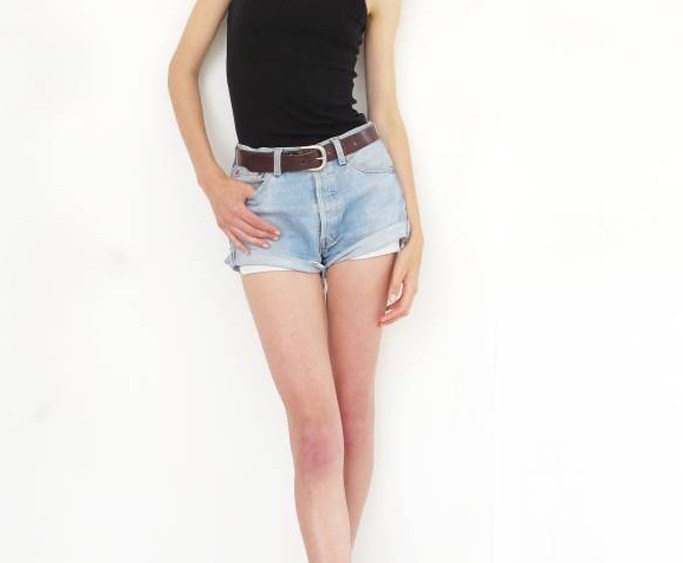 Magda Laguinge is a go-with-the-flow kind of girl. Which is one reason why she and Juergen Teller got along so swimmingly while shooting the Marc Jacobs fall 2012 ad campaign, which was released late last week. “He’s just like completely in the moment,” says the Next model. “The first day we shot at this outdoor location in the Bronx, near the river. And the second day was supposed to be at that same location but it was raining. So the makeup artist said, ‘If you want to come to my apartment, we can do it there?’ Juergen was like, ‘OK!’” Pretty easy breezy for a Marc Jacobs campaign. “Juergen’s super relaxed,” Laguinge adds. “He even let me pick my own hat.” The spot (which also features a handful of the hottest models of the moment) was the latest in a series of big scores landed by the 19-year-old stunner, who also appears in Louis Vuitton’s fall campaign. We spoke with Laguine by phone — from her new apartment in New York’s Stuyvesant Town — before she headed home to Argentina for some pre-fashion month R&R.

WWD: Are you working today?
Laguinge: No, I’m off. It’s great. I’m going to lunch with my old booker, Jason. Then I have to run some errands because I’m going home to Argentina soon, for a whole month, so I need to go shopping today for that. Whenever I go home I always buy a lot of presents for my family. Whenever I travel, I always buy something from that country. When I was in Germany, I got them chocolate. When I was in China, I bought tea and these amazing candies.

WWD: What gifts will represent New York?
Laguinge: I know it’s corny but I think those I Love New York T-shirts. I need to think about it.

WWD: Was it a bit of a culture shock when you first moved to New York?
Laguinge: Yeah, my first trip here was a year and a half ago and I didn’t know any English. I could say, ‘Hello, how are you? My name is Magda’ and my height. But I couldn’t say anything else, not even ‘bye.’ Also, it was winter. Where I come from in Argentina, it never really gets that cold. I came here and it was like minus five degrees! Snow was everywhere. So yeah, that was totally different for me, a shock really.

WWD: How did you learn to speak English?
Laguinge:The more I travelled with English-speakers, the more I learned. I didn’t take a class or anything. I just learned talking to people. I think that’s the best way.

WWD: How will you recharge before the shows?
Laguinge: It’s very important to meditate, to relax your mind basically. Also, sleep a lot because when the shows start, it’s impossible. I mean if you’re doing a lot of shows, you sleep like three or four hours per night. But I love it. It’s a very important time for your career. If you have a good season, you grow a lot. It’s weird, you can go from a nobody to someone important if you walk in like one big show.

WWD: You’ve become quite a somebody. Did you know there’s a blog about you called ‘I Love Magda Laguinge’?
Laguinge: Yes, I know! It’s really surprising. It’s so crazy. Can you imagine, for a normal girl to see people start to write about you? It’s insane.