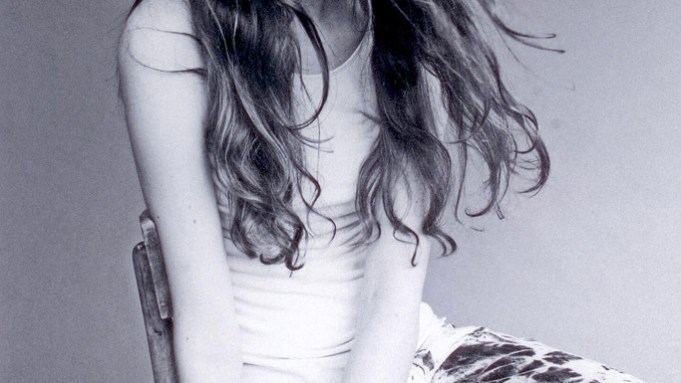 Marina Heiden is not your typical Brazilian bombshell. With her auburn mane and dainty, quirky bone structure, her look is far from commercial. “No one believes me but I really am Brazilian,” says the 18-year-old, who hails from Santa Catarina. Yet it’s that offbeat appeal that landed Heiden a contract with Wilhelmina, not to mention two of the biggest shows of the fall season: Marc Jacobs and Louis Vuitton. “I was in the train thinking, ‘Oh my God, I’m walking Louis Vuitton.’ It was unbelievable.”

How long have you been modeling?

For almost three years now. This is my first time modeling outside of Brazil. I started here two months ago, right before fashion week.

What did you think of New York when you arrived?

I love it. It’s officially my favorite place. It’s always been my dream city to go to. Everything is so magical here.

Was it something you thought about growing up?

Yeah, in Brazil you really grow up knowing people who go into this profession and you realized modeling really brings great experiences to a person. You get to travel and see the world.

What does your family think about your modeling?

They actually don’t like it so much. They sort of think it’s a waste of time. There are a lot of scams in Brazil, people who try to trick you and take all of your money so they don’t trust it and we don’t talk about it a lot. My sister could model. She’s even more beautiful than me. But she’s in college now studying business.

How were you discovered?

I was walking down the street with my mom, eating ice cream and a scout approached me and told me I should try it. I was only 13 so my mom told him I was too young. But a year later I went to São Paulo to see some agencies and signed with my mother agency, Elite Brazil. They sent my Polaroids and some videos to Wilhelmina here in New York and they said ‘yes’ right away, so I came for fashion week.

What was your impression of fashion week?

It’s just a lot of everything: lots of castings, lots of models, lots of waiting, lots of running.

So, now that you’ve done it once, is there anything you’re going to do to prepare for next time? Anything you learned?

I’m definitely going to be earlier in the castings. I missed a few in Paris because there were days when I had literally 24 castings.

Do you have any specific goals or are you the type to not want to set yourself up for disappointment?

No, I’d love to do Chanel. I don’t think it’s a bad thing to give yourself goals. When I knew I was coming to New York, I told my mother agency, ‘I’m going to get Marc Jacobs’ show.’ And I did. Check that off the list!