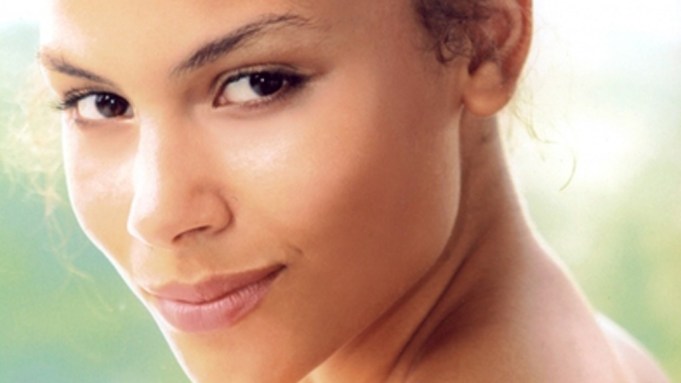 For most models, a spread in Vogue is nothing short of a pipe dream. For plus-size models, it’s even more of a rarity. But Marquita Pring, who fluctuates between a size 12 and 14, has already been there, done that. Now the 21-year-old New Yorker has a couple other things to tick off her bucket list. “I want to have my own tapas place someday. In an ideal world, I would just peace out to an island somewhere and open one on the beach,” says Pring, who’s been repped by Ford since 2009. “We’d have hummus, guacamole and fried ice cream.” Since posing for V magazine’s plus-size issue last year, her star has been on the rise. She walked in Jean Paul Gaultier’s spring show and then landed that Vogue Italia cover this past June. Here, the young model chats about those experiences, as well as padding up, shooting with Steven Meisel and her secret meeting with Marc Jacobs.

I think you’re the first model I’ve interviewed who’s from New York.
It’s surprisingly rare. I’m not from the city though. I grew up in this teeny upstate town called Clinton.

What’s it like up there?
Just your cookie-cutter suburb. Everybody was sort of the same so it was a little suffocating. We had a college, Hamilton College, so it was very preppy. Everyone wore Abercrombie & Fitch, which I couldn’t even fit into.

How did you get into modeling?
When I was 15 my mom heard something on the radio about this scouting contest. People had said I should be a model but I always assumed that you had to be superskinny to do it, but I decided to give it a try anyway. So I went to Toronto, where the contest was and they liked me.

The whole discussion of what qualifies as plus-size is a nebulous one. How do you define it?
I hate the term. I don’t consider myself “plus-size.” I don’t consider any of the girls on my board plus-size whether they’re smaller or bigger than me. But it’s true that there’s really no true definition. The second I say to someone, “I’m a plus-size model,” they just look at you like, OK, if you’re plus-size then I must be oversize. So I would love to just do away with the term and say “curvy” instead.

Is the model culture different for “curvier” models?
Definitely. Within our curvy universe, it’s a lot more close-knit and friendly. There’s not nearly as much competition. I think with the skinnier girls, there are so many more incredibly beautiful, stunning girls that have very similar features and characteristics. Whereas the plus-size industry is a lot smaller so I think we accept more than compete. We know you don’t have to be catty to get ahead. It can be kind of cutthroat in the skinnier model community.

There is sort of an ideal body type for the non-plus-size girls. Does the same go for your market?
Every client is different. You get a wide range. Some people like you much smaller, size 10, size 8. Some people would prefer a 14 or 16. So for me, I’m right in the middle at a sort of small 14, high 12. So I pad sometimes since I’ve got clients who would prefer a solid 14 or 16.

You pad? What does that mean?
Literally. I don’t know if we should reveal this secret! They’re pieces of foam. So I just lay them flat on each hip underneath [hosiery]. They’re like a solid inch and a half thick.

Like football pads for your hips?
Yeah, to make you seem all around wider. I mean, from the side you look kind of weird — and it feels weird. Like every now and then my arm gets caught on it and I’m like, wait, this isn’t me. But it’s better for me because I can still be healthy and work out and have the body I want. It’s a little bit of model magic.

I read that you almost missed the chance at the Vogue Italia editorial because you were traveling in South Africa without a phone.
Yes, oh my god. My agency practically hunted me down. I went to Cape Town to visit some friends and we decided to go on a four-day road trip hiking in the mountains, so I couldn’t check my e-mail. Then on the last day, my friend charged his phone and got a text message from a 917 number. And I was like, 917? Oh god, that must be either from my mother or my agency. I need to get to a phone. So I call and it was my booker…they told me that Steven Meisel wanted me for Italian Vogue and that they’d been trying to find me for the past four days and I had to get on the absolute next flight back to New York or else I was going to miss it.

What was it like working with Meisel?
It was a dream. The other models are three of my really good friends [Candice Huffine, Robyn Lawley and Tara Lynn] so to be able to experience that with them was amazing.

Had any of you worked with him before?
No, we all showed up on the first day and were like, “Can you believe this?” We were all nervous at first, but he was so accommodating and friendly. You really felt like you were working with a genius. His creative energy is so intense. You just watch him work and you want to know what he’s thinking. You really have no idea what is going on in that brain of his.

I read that you also met Marc Jacobs that day. What was he doing there?
We showed up the first day, did hair and makeup, and the next thing we know, everyone on set is getting frantic. The producer kept coming in and was like, “Marc’s almost here, Marc’s almost here. We got to get the girls ready. Get them robes. Get them shoes, oh my god.” No one was saying his last name so I was like, “Is this an editor I’ve never heard of or something?” We get shuffled out into the hall and have to stand in a line outside this room and be really quiet. Finally, I ask one of the people working on the shoot, “Who are we meeting?” And he’s like, “You’re about to go in for a surprise casting with Marc Jacobs.”

What was he casting?
They were super secretive about the whole thing. They just said he wanted to see us. I really have no idea what it was for; it was completely under wraps. To this day, I just wonder and wonder and wonder.