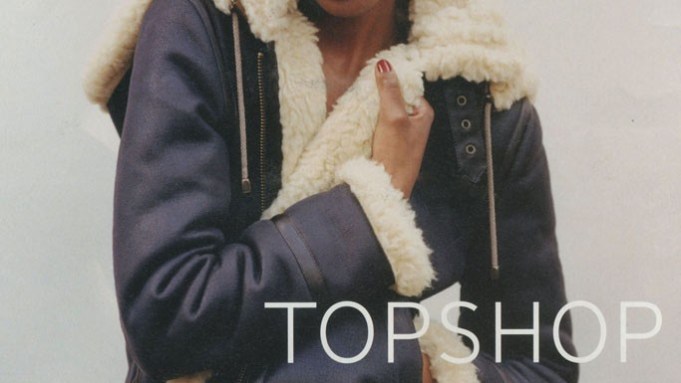 In her first two years in the industry, Nadja Giramata walked for Tom Ford, appeared in Vogue Italia and nabbed a massive Topshop campaign, but the 22-year-old never made it to the U.S. — until now.

“Everything I see, I’m just in awe,” says the Strasbourg, France, native, who arrived on her first trip here just last week. “I’m just taking it all in. I’m excited about everything.”

WWD sat down with the Trump-repped model as she prepares to take on her first New York Fashion Week.

WWD: How did you begin modeling?
Nadja Giramata: I was scouted in Manchester [England] on my way back from college. I used to dream about modeling but at the end I was like, “I’m too old and modeling is just a big dream.” So, I dropped it. Then when I was scouted, it was really weird for me.

Where did you go to school?
N.G.: I was at Manchester Metropolitan University and I studied languages.

How many languages do you speak?
N.G.: Six. I speak French, Italian, Spanish, Portuguese, English and my African language. Portuguese is my weakest.

Are you planning to learn any more?
N.G.: Yes. I’m deciding between Russian, Japanese and one Arabic language. I think that Russian would be really interesting.

Are you putting a pause on your studies for now?
N.G.: Yes, but it’s really cool because with modeling, you meet people from everywhere. So I can kind of practice my languages with them. I’ve done a lot of interesting jobs. A lot of editorials — Hunger Magazine, i-D, Vogue. Plenty of magazines. I’ve been really, really lucky.

Have you had any crazy shoots?
N.G.: I did one shoot in a church, but I had to be kind of sexy. I was feeling like, “God, please forgive me.” And then, at the end, I was in a bathtub and the photographer was saying, “Be sexy.” I was like, “I’m in a bathtub, in a church.”

What was it like walking for Tom Ford?
N.G.: He is such a genuine person. He would come up and say, “How are you? How do you feel? All the clothes look amazing on you.” My outfit was this beautiful fur. It was really elegant. How can’t you feel beautiful in that?

What has been your favorite job to date?
N.G.: I did the Topshop campaign, and that was my first campaign so I keep it as my favorite job. It was raining, but I didn’t care.

When was the first time that you saw the campaign?
N.G.: Actually it wasn’t me, but my best friend. She was in Australia and she called to say, “I was so depressed because I’m searching for a job and nobody wants me, but I just got my smile back because I just saw a very huge picture of you and I felt like I’m not alone.” I went to Australia without moving myself.