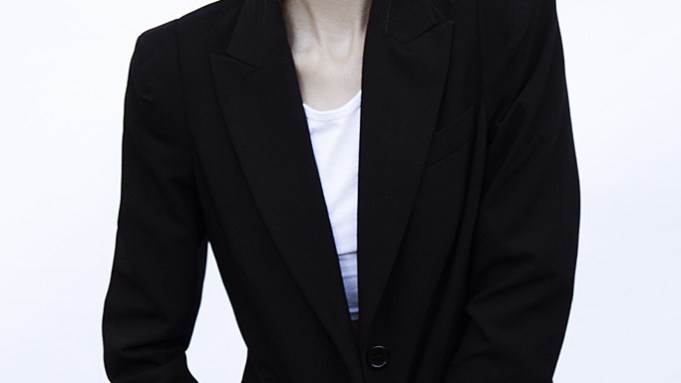 Ona Marija Auskelyte has officially traded in her textbooks for the catwalk. Putting a pause on her architecture studies back home in Lithuania, the 20-year-old will make her debut as a full-time model during fashion week. Despite some preshow nerves, Auskelyte cannot help but bask in her new no-homework glory.

“It’s really nice that I don’t have to think about studying,” the Fusion-repped brunette says. “I feel free.”

WWD sat down with Auskelyte to talk about her expectations for the coming weeks.

WWD: What did you learn from doing some shows last September?
Ona Marija Auskelyte: You always have to be prepared for anything. I heard from some girls that even if you go to a show, they can cancel you five minutes before. You just have to be ready psychologically.

WWD: What do you think of New York?
O.M.A.: At first, when I came straight off the flight, all the trains and the sounds were so loud. The first moment was like, “I don’t want to be here.” But now I’ve really started to enjoy it.

WWD: Have you gotten to explore?
O.M.A.: I was in Central Park all day this weekend. At first, I thought, “OK, maybe I will stay one hour.” But there is so much to see there, and so many crazy characters.

WWD: Are you able to navigate your way around the city?
O.M.A.: Yes, especially with my phone and Google Maps.

WWD: What do you do to de-stress after a long day?
O.M.A.: I watch a lot of movies. I just saw “The Godfather.” I had never seen it before. I think it’s the best movie I have ever seen. I watched all three movies in a row.

WWD: Do you speak with your family often?
O.M.A.: I’ve spoken with them once on Skype, but we are always messaging. I have three sisters. One is 29 and lives in Italy. And then my 24-year-old sister is coming to Julliard to study violin. And then the youngest is 18. She used to play flute and piano, but now she wants to model.

WWD: Do you play any instruments?
O.M.A.: No, but I danced ballet for 12 years. I started when I was four and finished when I was 16. I wanted to work in sports, but then I had an injury.  The joint in my leg came out of place, so I had a knee full of blood. That was the first time I went to hospital. Well, I was born in the hospital, but first time after that. The first year without dancing was hard.

WWD: What did you do with the free time?
O.M.A.: I started drawing, which is how I got into architecture.

WWD: What about architecture interests you?
O.M.A.: I don’t know. At the beginning it was because some friends were also studying it. When I started doing exercises of composition, I really liked it. I thought I might be bad at it, but after the professor said I was good. So I really like it.