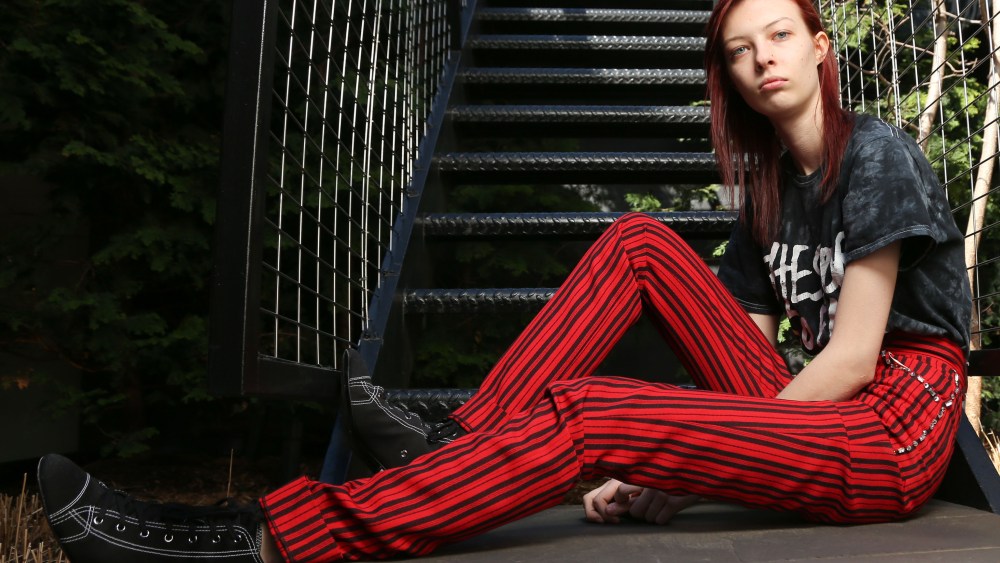 Six months after being discovered washing dishes at the local Chipotle in Austin, Tex., 20-year-old model Remington Williams has landed on the cover of Italian Vogue — unquestionably a high point of any model’s career.

Scouted by Foreman Management last August, Williams was quickly introduced to DNA Model Management and was signed on the spot. By September, she was walking in her first show: Calvin Klein. She then followed that up in the last two seasons walking for such designers as Sies Marjan, Marc Jacobs, Missoni, Moschino, Chanel haute couture, Rick Owens, Christopher Kane, Erdem, Maison Margiela, Matty Bovan, Miu Miu, Sacai, Schiaparelli and Coach, where she closed the show.

Brands such as Marc Jacobs, Sies Marjan and Zara have used her to front their advertising campaigns, and she has also done editorials for Dazed & Confused, W, Interview and Love Magazine. But most notably, Steven Meisel shot her for the cover for Italian Vogue, and she is now under an editorial exclusive.

Stories like hers aren’t totally unheard of in the modeling world, but Williams’ rapid-fire ascension is noteworthy. She had no connections, her look is unconventional, and she projects an edgy, other-worldly aura.

As Katie Grand, stylist and founding editor of Love, put it, “Remington Williams is one of those rare models that catches your eye the minute she walks in to the studio even for the first time. She has the gangly awkwardness of a young Julia Nobis; her red haired and pissed off gaze makes her unique. I’ve worked with her for five weeks straight during this fashion week and she couldn’t have been more helpful during long hours of fittings whilst remaining chirpy and interjecting her love of color theory, MOR [Middle of the Road] American rock music and Indian food.”

WWD: How did you get discovered?

Remington Williams: I was scouted out of a Chipotle in Austin when I was going to college. That day I’d been to school all day, and I was honestly super tired. I had my hair in a braid and was wearing an all-black uniform with my hat on, and I was making the guacamole when my scout saw me. Honestly, I still don’t know how they knew I was a model because they only saw the profile of my face. But they could see that I was super tall. It was 8 at night. They were Foreman Management out of Austin. They’re a husband-and-wife duo and they were eating dinner with their daughter, who noticed I went on break. Her dad came up to me and I was super weirded out at first because a 40-year-old man just told me I should be a model. People have always suggested that, but there are all types of scams where people want you to take runway lessons, and it’s never what it’s cracked up to be. I sat down with them on my break and they started telling me what they were about and gave me their business card and told me to meet with them the next day at their home office. There they started showing me the agencies and some of the people they represented in the past and I actually recognized Ashley Smith, one of the models they represented. And I said, “This is a real opportunity.” And within three days DNA wanted to fly me out because it was right before fashion week.

WWD: You were a graphic design major in college? Is that what you want to do?

R.W.: I still plan on doing it. I’m still finishing my degree. I want to get my degree and hopefully when I’m done modeling, I want to go into magazines and do page layout. That would be so great.

WWD: Have you always been artistic?

R.W.: I’ve always loved to draw. As a child, I used to draw fashion designs. My mom used to buy me sketchbooks with mannequins in them, and you draw the clothes on them. But then as you get older, you think “being a fashion designer, is that really practical?” And I started going into other forms of art and leaned toward the digital media, because in this day and age, it’s a lot easier to make money if you can do things on the computer.

WWD: What do you love doing in New York in your off hours?

R.W.: I spend most of my time drawing. I go to different parks and I’ll sit and draw. I have a coffee shop or two that I’ll go to and sit when it’s a little colder outside.

WWD: With everything going on now with sexual misconduct allegations against photographers and stylists, how did DNA prepare you for this career? What kind of advice did they give you?

R.W.: DNA has always been big on telling me to only do things I feel comfortable doing. And that’s with anything. No one cuts their hair if they don’t want to, no one dyes their hair unless they want to. They will advise things to better your career, but everything is all on you. It’s your own personal choice, and those choices can make or break you.

WWD: How did you land on the cover of Vogue Italia?

R.W.: I don’t know how I ended up on the cover by myself to be completely honest. It was supposed to be all three of us. We took one group shot. I just assumed the one group shot was the cover shot. It was me, Julia Nobis and Rachel Marx. I’m not sure what went into choosing. I knew I had shot a cover.

R.W.: I think Moschino this season was my all-time favorite show. I just loved the styling of that show so much. It was Jackie O inspired. I just felt like every model looked so stunning in hair and makeup. The clothes were such Sixties-mod. It was such a cool collection.

WWD: Is that because of your artwork?

R.W.: First of all, I love Pop Art and Jeremy Scott uses a lot of Pop Art in Moschino’s collections. This collection had a lot of cereal boxes and the eyes with the tears, which is a very iconic Pop Art statement that’s done. It’s so colorful. I love color. Most of my artwork is super colorful.

WWD: How do you stay in shape, or are you naturally thin?

R.W.: For me it’s a lot of just natural. A lot of people think models starve themselves to be thin. It’s just how they are and it’s just genetics. I do focus on eating well. Eating well does make you feel better, and your skin looks better when you eat well. The number-one cause for acne is poor diet. That’s why I like to cook a lot from home. You can control what you’re putting into your body.

WWD: What is your workout regimen?

R.W.: I used to work out. I haven’t worked out for a while. But the amount of walking you do as a model a lot of times, that’s enough cardio. You walk so much. In Paris, I think I was walking 10 miles a day with all the castings. You almost have to be careful not to lose too much weight because you’re burning off more calories than you could possibly consume.

WWD: What is your goal with your paintings, drawings and graphics? Ideally what would you like to become?

R.W.: I’m hoping one day that I might be able to create a brand. I would love to work in an industry that I could create skatewear, very casual. Most skatewear is inspired by street art. That’s why I feel like I fit really well in that world.

WWD: Are you a natural red head?

R.W.: I’m actually blonde, but I have had every hair color that you can ever imagine. I actually had red hair on accident. I had black hair and when I decided I was done being goth, I dyed my hair purple. My purple hair was really cool and it would only last for about a week and it would fade red every time. So eventually I just got so fed up with my purple hair and I said, “I have red hair. I like red hair.” I’ve been dyeing my hair since I was in sixth grade.

WWD: What have you found is the worst thing about being a model?

R.W.: There’s really not a lot I can complain about. Especially considering my back doesn’t hurt anymore. My back used to hurt so much from washing dishes because of how tall I am. I was slouched over all the time. I know my posture’s improved. I guess the one thing about modeling. You try on a lot of crazy shoes so you can get crazy blisters. If that’s the worst thing you have to deal with in your job then I consider it to be such a blessing because blisters will heal.