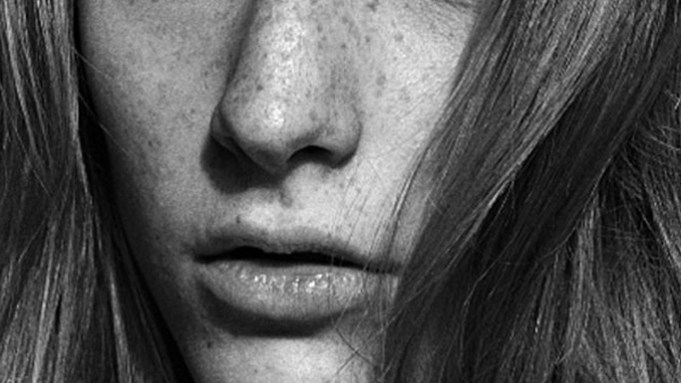 It’s not uncommon to do a double take when you first see Ros Georgiou. Freckly, with a prominent nose, the 17-year-old has a can’t-put-your-finger-on-it exoticism. “My mother’s Dutch and my father’s Greek,” says the shy newbie, who, when not modeling, is a high school student in Athens, Greece. “I think that’s why I have such a different look.” Her singularity is paying off — after signing with Marilyn last winter, Georgiou did her first fashion week in Paris in March, walking for Dries van Noten and Celine, among others. Now it’s nearly time for her first New York show season. Is she nervous? “No,” she says with a shrug. “I’m not really scared.” Confidence, after all, is key.

Welcome to New York. You’re just here for the upcoming collections, right?
Yes, I have to go back to Athens after that because I have school. Then I’ll come back next year, after I graduate.

How do you balance school and modeling?
Well, I just started modeling in October, and I wasn’t doing it full-time until after Paris Fashion Week in February, but even then I was concentrating on school mostly. I think when I go back I’ll work more, but for Greek magazines, doing jobs after school. Finishing school is important, and I want to do that before I take anything big on.

How did you get started?
It all started last September when this photographer I know introduced me to my mother agency in Greece. She kept telling me I should do it, so I finally went for it. Then I got signed with Marilyn in October, so it happened really quickly.

You were walking in your first fashion week just months later. What was that like?
I wasn’t expecting to be so tired every day. The first day I got home, I was dead. But you get kind of used to it after a few days.

How much sleep did you get?
I woke up at 8 in the morning and got home at 10 or 11, but it’s more because you’re on your feet running around all day long, so I guess that’s why 7 or 8 hours wasn’t enough for me.

You’re part Dutch and part Greek — an unusual combination. How did your parents meet?
My mother was on vacation in Greece and met my father. The next day he took her around, and they just fell in love. They got engaged 10 days after that, and they’ve been together 18 years.

If you weren’t modeling, what do you think you’d be doing right now?
I would study journalism. I’d like to write for a magazine one day.

What are your favorite magazines?
French Vogue, Numéro, and i-D. But French Vogue is definitely my favorite. That’s my goal, to get the cover of French Vogue.

What’s something people outside of the fashion community don’t understand about modeling?
People don’t get how hard it is being away from home. I have a younger sister and brother, and I wish I could talk to them a lot more. We Skype a lot, though.

Who are your favorite designers?
Marc Jacobs and Valentino. I think those two are my favorite.

How would you describe your personal style?
It’s weird, it’s very dependent on my mood. Sometimes I dress very rock, and sometimes I dress very classic and chic. I don’t have one consistent style, other than that it has to be cheap. All my stuff is from H&M and Zara, and Topshop when I want to splurge. The best shopping is in Paris, though. I was there for the haute couture shows, and I found the best vintage shops. You can find, like, Dior pieces for cheap. It’s ridiculous.

What has been the highlight of your career so far?
The Celine show. It was such an honor, and I got the best trade: this big leather handbag with a little top handle. It’s beige and black and beautiful. Everyone compliments me on it.

Where’s the most amazing or most awful place you’ve had to shoot?
I don’t think I’ve been in an awful place. I was shooting in Greece once and it just was cold and I was wearing summer clothes. Well, actually, like no clothes. I was wearing Dolce & Gabbana and it was all like lace bodysuits and lingerie. We shot in this old house that didn’t have heat, and also outside of the house. It was hard to look relaxed and not chatter my teeth.