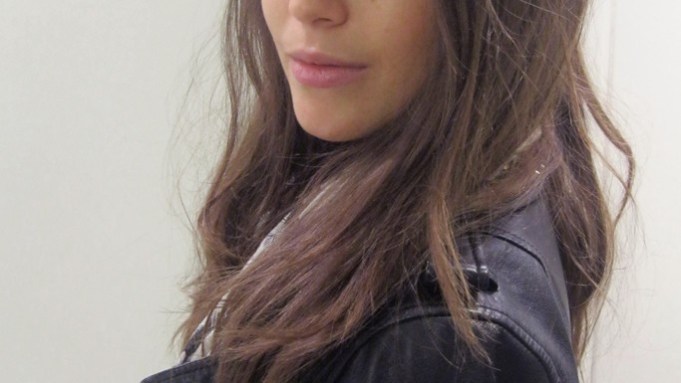 As the girlfriend of the world’s highest-paid male model, David Gandy, one might expect some animosity toward British up-and-comer Sarah Ann Macklin. But then you meet her. Between her bright brown eyes and irresistible accent, it’s hard not to fall for Macklin. In addition to being Matthew Williamson’s latest muse, the 23-year-old brunette has already appeared in publications such as Esquire and Vogue Japan. WWD sat down with the W-repped model pre-hurricane to discuss her rising career.

WWD: How does New York compare to London?
Sarah Ann Macklin: I love New York. I’m a real home girl. When I travel to Paris and Milan, it’s nice, but I just really miss home. I came to New York, and I don’t know what it is, but I just didn’t want to leave. It really sucked me in. I love the people here; I love the buzz it has. I can’t put my finger on it, but there’s just something about New York.

WWD: How did you first meet Matthew Williamson?
S.A.M.: We met years and years ago at the Elle Style Awards. At the beginning of this year, I saw him at an Esquire party for the BAFTAs. We started catching up, and we just get on really well. We were talking and drinking lots of Champagne, then he started telling me about this massive film, “XV,” for his 15th-year anniversary, and how he really wanted me to be a part of it. So we started working together really closely. Any opportunity to wear his dresses, I will.

WWD: What was it like to work on the film?
S.A.M.: It’s me, Sienna Miller and Poppy Delevigne. We did it all in one day. We had a huge cast of the National English Ballet dancers, like 15 of them, and they were all wearing creations from over his 15 years. I haven’t actually seen the final cut yet. The whole concept is we’re running through the country manor and going through all the designs and eras. It literally just got finished four days ago. He also designed me, Sienna and Poppy a dress [to wear in the film]. It’s a one-off piece.

WWD: Did you get to keep the dress?
S.A.M.: I haven’t been able to keep it, although I have been given a lot of beautiful things. I think they might be producing [the dresses] for the next collection, so they’re holding on to it. My dress is blue and purple embellished, and it goes all the way to the floor. It has a massive drop back. I saw it and was like, “He knows me so well. It’s perfect!”

WWD: How do you make time for your relationship with David Gandy when you both have busy modeling careers to balance?
S.A.M.: Our schedules are both crazy, but it’s nice that we can meet in New York and meet in Paris and meet in L.A. When you work in the same industry, you understand each other’s work.

WWD: David walked in the fashion tribute at the Olympic Closing Ceremonies alongside Kate Moss and Naomi Campbell. Did you get to attend?
S.A.M.: I was so gutted, because I had a ticket and I couldn’t go since I was working away. I watched him on TV, and I was so proud of him. He looked incredible. They all looked incredible. I love that they incorporated fashion into the Olympics. They incorporated so many other British things, and the British fashion industry is huge, so it was nice that they showed that.