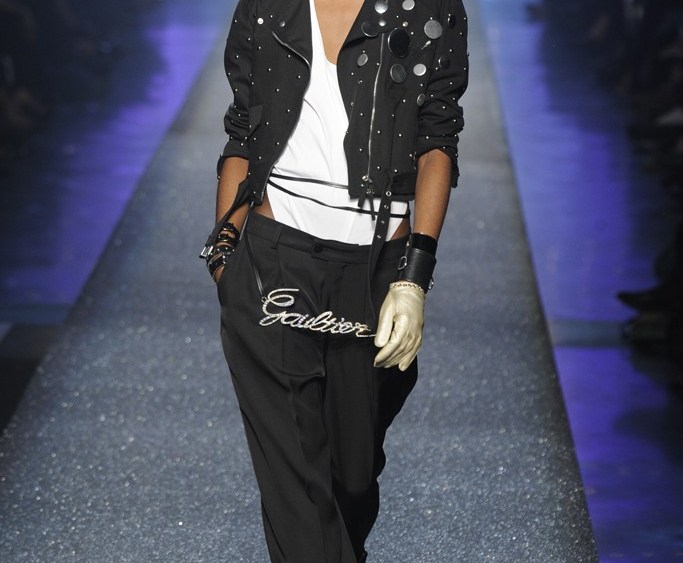 Looking at Sessilee Lopez’s revamped résumé, it’s hard to believe that it’s been just 15 months since we last caught up with the Philadelphia native. In addition to nabbing major editorials in Marie Claire, Allure and Elle, Lopez dominated the spring runways for Zac Posen, Kenzo and Jean Paul Gaultier, just to name a few. With more than eight years of modeling under her belt, the 23-year-old shows no signs of quitting anytime soon. “[Work] has been nonstop, but I prefer it that way,” the Major-repped model says. “Otherwise, you’re like, ‘What’s wrong with me?’ ” WWD sat down with Lopez to talk social media, Gaga and playing Michael Jackson (twice).

WWD: Have castings gotten easier for you now that you’ve been in the industry for a while?
Sessilee Lopez: Yes and no. It’s the same casting directors in each city, so when I go into castings, they may or may not have to look at my book, or I may or may not have to walk. It’s a faster process. The most difficult part of castings is showing up when there are a thousand different girls waiting.

WWD: Do the younger, more inexperienced models come to you for advice?
S.L.: There’s been a few times where girls come up and say, “It’s really nice to meet you. Can I take a picture?” It’s cool, though, because I’m used to always being the youngest girl around. Now, I’m like, “Dang it, how old are you?” Some of them are so young. The girls are so mature, and you have to grow up so fast — no one knows how old everyone is, anyways. When I first found out Karlie [Kloss]’s age, I was shocked — she’s just so mature.

WWD: How did it feel to wear Michael Jackson’s “Thriller” coat at Philip Treacy?
S.L.: That was the highlight of everything! In the waiting room, they were like, “You have to sign this release. You’re wearing Michael Jackson’s original clothing, and you can’t tell anyone about it.” It was really emotional, because the first couple of looks weren’t working out, but then, sure enough, I got “Thriller.” I said, “I don’t care if you like this, because I love it and I’m wearing it.”

WWD: Was there tight security on the jacket?
S.L.: Security backstage was kind of tight in general. At one point, I was standing in the lineup and felt someone caress my back. At first I thought it was somebody from wardrobe, but I turn around, and it’s frickin’ Lady Gaga. She was like, “Oh, my god, you’re wearing ‘Thriller’ — can I try it on?” I was like, “No. I am keeping this on as long as humanly possible.”

WWD: And then you were dressed as Michael Jackson again for Jean Paul Gaultier?
S.L.: What are the chances? It was such a cool concept. To see [makeup artist] Stephane [Marais] and [hairstylist] Guido [Palau] create the Boy George look was uncanny. The guys are so amazing, and no is not an answer for them. They just keep going and going until they get it right.

WWD: What other shows from this season stand out?
S.L.: Zac Posen, for sure, especially with Naomi walking. The whole Lincoln Center was just electrified waiting for her to show up. Zac was just living — it was so great to see him in his element. I first met him at a casting for his show when I was like 14 or 15 years old. I had this God-awful walk and probably some horrendous weave. He was just like, “Girl, you don’t have to do all of that.” Every year he would just give me advice, until one year he finally used me. It’s been smooth sailing ever since.

WWD: How has the industry changed since you first started?
S.L.: People are recognizing how big branding is, and being more than just a pretty face. You get shipments of girls every couple of months, so you have to stay different. Like Jourdan [Dunn] — she is one of the funniest people I know, and now she has this cooking show coming out [on YouTube]. Karlie and Joan [Smalls] have “House of Style.” I feel like the whole supermodel phase is over, but the celebrity aspect won’t die out anytime soon.

WWD: What’s next?
S.L.: I’m actually working on my first film, and we go into production at the end of the month. It’s like “Mahogany” meets “Boyz in the Hood.” It’s really cool, and there are a lot of great actors in it.

WWD: Can you name names?
S.L.: I can’t, but I am really excited to work with them. A lot of big names are involved. It’s definitely a learning experience at these table reads.