For a newcomer, 19-year-old Sophia Ahrens’ modeling résumé is small but mighty. 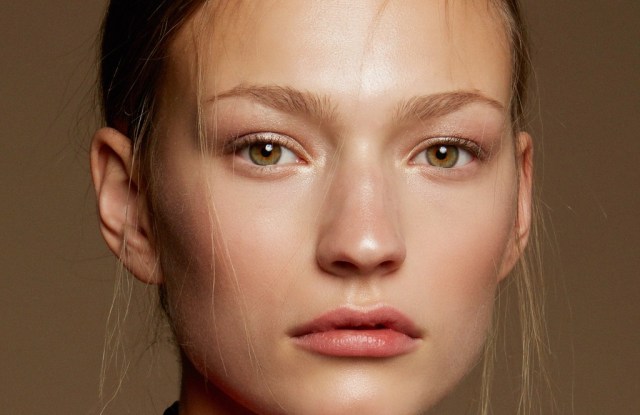 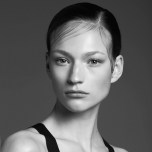 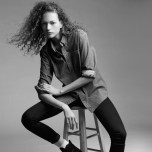 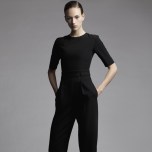 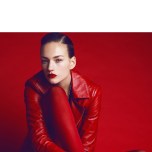 For a newcomer, 19-year-old Sophia Ahrens’ modeling résumé is small but mighty. The half-German, half-English model grew up between the two countries because of her parents’ careers — though she speaks with a British accent — and was discovered at a shopping mall around age 13. Initially thinking it was all a joke, Ahrens kept in touch with the agent who scouted her and decided to give modeling a shot a few years later. Almost immediately, she was booked for Prada’s fall 2013 campaign, shot by Steven Meisel and featuring big-time models like Christy Turlington, Catherine McNeil and Freja Beha Erichsen. Not too shabby for a first gig.

“My mom was really proud,” she said. “My dad was as well. I think he went to the store and bought, like, three magazines. I was like, ‘Dad, you don’t need to go overboard.’ The first time he saw me [in print], he didn’t even recognize me. That’s one of my favorite parts of the job, that you get to sort of transform.”

Not long after booking Prada, Ahrens was also booked as one of the faces of Marc Jacobs’ Daisy fragrance campaigns for spring 2014 and 2015. In an editorial for The Financial Times and in various test shoots, the charming, intelligent model exhibits a natural fluidity in front of the camera. Repped by DNA Models, Ahrens is currently in New York and hoping to make a splash at her first-ever fashion week. ­

WWD: How did you start modeling?
Sophia Ahrens: It was a huge coincidence. I was Christmas shopping in London with a friend in a mall. Another one of her friends couldn’t go, so she had asked me to go instead. Laura, my agent now, came up to me at the mall and said, “I have this modeling agency in London. We’re always looking for new faces. Is this something you’d be interested in?” I was 13 or 14. I didn’t know how to react. I thought it was a joke.

WWD: So you had never previously considered modeling?
S.A.: I would’ve never considered modeling at all. That stuff never happened to me. I guess when I was 15 or 16, I was scouted a couple of times. But at that age, I had never considered it. I never knew this world really existed. I was always the tall one in school, but I never had that feeling that I fit in anywhere.… I went to school in the countryside and had an ordinary life.

WWD: How did things take off after you were initially scouted?
S.A.: I stayed in contact [with my agent, Laura] for over two years. My dad was like, “You have to be really careful; you don’t know if it’s a scam,” but my mom really encouraged me. I was a bit reluctant beforehand, but when my mom took me to meet the agency, I had more confidence. My mom was like, “Try it out, it might be fun.” I was 15 or 16 at that time, and then it just kind of happened.

WWD: You had an interesting childhood, moving frequently between two cities.
S.A.: I was originally born in Hamburg, Germany. Then we moved in England, to London and then Sussex, and I grew up mostly in England. Then we moved back to Germany about four years ago, down in the South. I moved around a lot as a kid; my dad was in shipping and my mom’s a doctor. It was quite difficult moving around so much; it’s very unsettling. It has a lot of positive and negative aspects. I guess because I spent so many years in England, I really felt more English. I grew up there. I was there for 14 years — for most of my life.

WWD: What would you say are the biggest cultural differences between the two cities?
S.A.: I guess it’s the mentality. In England, the postman will come by and say, “Morning, love! Morning, darling!” In Germany, it’s not like that.…You notice a difference. But I love both places.

WWD: What sort of things were you into growing up?
S.A.: I had this crazy sports phase when I moved to Germany, and since then, I’m really obsessed with sports. I love working out, anything that’s really tough. I connect to my body that way. That’s the way I found my balance. I’m obsessed with sports — anything that will make me really sore. I love running a lot; any kind of sport, really.

WWD: Tell me about booking the fall 2013 Prada campaign.
S.A.: I had a couple of test shoots and it was my first big job, but it was incredible. It was the first time I went to New York. We came over here for three or four days — I got really excited to take a fast ride in the yellow cab. Plus, it was Prada, so I was really excited anyway. There were loads of girls in that shoot.

WWD: And then you booked Marc Jacobs’ Daisy fragrance campaign not long after.
S.A.: The team was incredible. Marc [Jacobs] wasn’t there but Juergen Teller and Sofia Coppola were. We were there for a week — in Austria — and it was incredible. It was in a big field with loads of daisies; it was just unbelievable. We did a couple of films as well. I remember we were all eating something together — and I just had so many moments where I was so happy and so grateful for the opportunity.

WWD: Are you set for the New York runway season?
S.A.: This is my first season. I’m going to move into a model apartment in the city soon, because it’s closer, but I’m renting a place with another London girl in Brooklyn right now. I’ve been here two weeks. My mom warned me before I came, she said it’s gonna be so cold. Then, when I arrived, it really hit me. It’s so icy. New York’s been incredible, just walking around and seeing the city, it’s been amazing.

WWD: Before modeling took off, were you at all interested in fashion?
S.A.: If I’m being honest, then I didn’t have that much of an idea about fashion. I went to a Waldorf school in London — they have a bit of a different approach — and I was just too young to realize. At 13 or 14, I suppose you do get to that age where you start to care [about fashion], but before that, I had no idea. I guess with modeling, and especially the Marc Jacobs ads, it opened my eyes in a different way. I appreciate fashion a lot more than I used to. You see how much effort goes into fashion and the clothes.

WWD: What are your goals?
S.A.: I’m definitely gonna give modeling my best shot. If I didn’t do it, then I would regret it, so I do feel like I want to try it out. We’ll see how it goes. I’ve been enjoying it so far. I definitely want to see the world and travel, and I’ve always wanted kids and a family at some point. I’d also love to try acting.