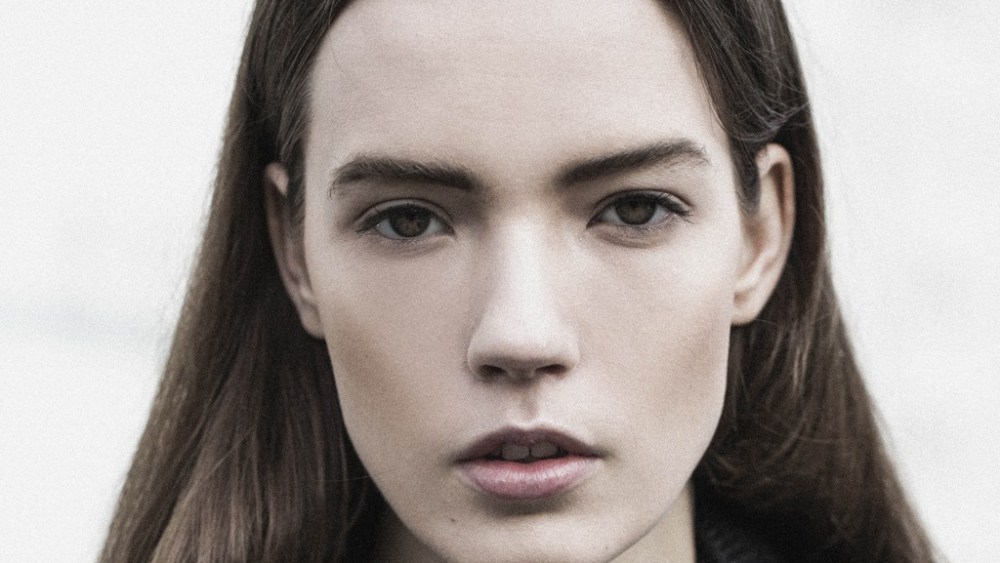 Taya Ermoshkina enters a room with a bang. After a brief kerfuffle at the front desk in WWD’s lobby — she had difficulty getting checked into the building — her presence was at once funny, friendly and wildly animated. The 20-year-old Moscow native lives between her Russian hometown, New York City and Paris, and has been staying in Manhattan’s SoHo neighborhood for the past month before she heads to Paris for couture week in July.

Ermoshkina, who is repped by New York Model Management, got her serendipitous start after gracing the cover of a teen magazine in Russia at the age of 15. Since then, she’s walked runways for Prada, Givenchy, Dior, Giorgio Armani and Zac Posen, among many more — and also moonlights as an English teacher in Moscow while she finishes up her university studies.

After five years in the business of modeling, Ermoshkina knows a thing or two about endurance. “If the client chooses you and likes you, they’ll start keeping you, they’ll remember you,” she said, her upper lip lifting slightly upward, lending her that sultry, open-mouth thing. “For a model, it’s important if the people remember you.”

WWD: How did you start modeling?
Taya Ermoshkina: I was 15 years old. Everybody in school would tell me, “You’re tall, you’re weird, you should start modeling.” I was like, OK. I was sending my picture to this teen magazine [Yes Magazine] — it’s like the Teen Vogue of Russia. I sent them my digital camera pictures and asked if I could be on the cover. The main editor asked me to take some Polaroids of myself in a swimsuit. Then I went to the office, they put some clothes on me, and I got my first cover. So that’s how I started modeling. In Russia, we have this saying: “He who does not take risks, does not drink Champagne.”

WWD: Did you ever think modeling could be a possibility for you when you were growing up?
T.E.: I always was the tall one. I was the skinny one. To tell the truth, I was ugly. I was wearing braces for, like, two years. I was the ugly duckling in the class. I had no boyfriend till I was like 16. But now, everybody’s like, “Oh yeah, oh yeah. This girl is hot.”

WWD: How did your parents feel about your career when it started taking off?
T.E.: In Russia there is that stereotype about modeling, because in the Nineties, they weren’t really modeling, it was more like prostitution. My parents were like, “Who is this agency? Who is this guy?” And actually, I had my first test shoot, I was shooting with a woman without a bra. I said, “Don’t put this picture anywhere, please.” But now it’s everywhere! You put my name in Google and you can see my boobs. Great. All my boyfriends, all my friends, they saw my boobs already.

WWD: Where are you living now?
T.E.: I live in SoHo on Mulberry Street, which is great, so much stuff around there. I’ve been here one month and I’m staying here for two more weeks before couture in Paris. It’s kind of a model apartment, but a simpler one. Yesterday there was a new girl and she didn’t speak English. I had to explain to her that she was trying to sleep in my bed.

WWD: How are you adjusting to New York?
T.E.: For me, it’s too stressful. I live in Moscow and it’s the same there, but I’m living in a quiet area there. Nobody’s running around. But I love New York City, I love the people. OMG, New Yorkers are drinking every day! [She laughs.]

WWD: You’re still finishing up university. What are you studying?
T.E.: I’m an English teacher [back in Moscow]. Can you imagine me [as a teacher?] It’s kind of stressful. The students are, like, from seven years old to high school. I wanted to become a translator. I learned grammar and the basics in school, but I think modeling helped me speak so well. I can understand French, too. I was staying in France for a year for modeling. I’m trying to learn French but it’s really hard.

WWD: Do you ever think about what you would be doing if you hadn’t started modeling?
T.E.: Everybody on the street all the time is like, “Are you a model? Are you a model?” In Asia, it’s crazy. They always want to take a picture with me. I was born to be 5-11, for what? Not to be a housekeeper, you know?

WWD: How do you think modeling has changed you?
T.E.: You’re growing up really fast. I really feel that I’m, like, 30 years old. I don’t wanna party, I don’t wanna drink. I wanna wake up at 6 a.m., go for a run, go to a museum. I am really a fan of walking. I’ll walk like crazy for five or six hours. I’m also doing sports. I was playing basketball for seven years in Moscow, I started when I was eight. I was dancing for seven years too — like Russian dancing. I love sports. But in Russia, when you go running, everybody’s like, “Why are you running? Go eat or something.”

WWD: Are there any models you look up to?
T.E.: I really like Anja Rubik. And Edita Vilkeviciute, oh my God, she’s beautiful. I’m always staring at her, like, “how!?” I love Natasha Poly, she’s really nice. I like top models.

WWD: What’s the most challenging part about the business?
T.E.: It’s changing so much. There are a lot of girls. It doesn’t even matter now if you’re beautiful. If you look a bit weird, it’s like, you’re perfect. Girls are here one season, then they’re gone. There is the most competition now. But you should just be in the right place in the right time. You can never know what can happen tomorrow. You just need to believe in yourself like crazy. I don’t know what will happen in a few years. I don’t know what will happen tomorrow. For now, I’m young and I’ll keep doing this.

WWD: What’s one of your life goals?
T.E.: I really wanna go to Africa to help animals. I start to cry all the time when I see animals. I’m like, I will give you all my money, please! It’s really hard for me. I have a little dog at home in Russia. He’s old. He can’t get up on the bed anymore. I’m always sending money to Greenpeace, too.