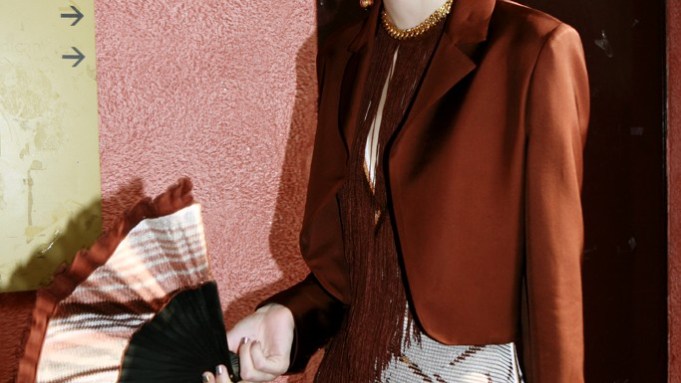 Whoever said modeling was a cinch hasn’t walked in 72 runway shows in less than 30 days. Take it from Julia Nobis, this season’s leader of the pack. But nine other must-have models — ranging from seasoned vets to fresh-faced newbies — were hot on her trail. Here, the top 10 girls of spring.

Julia Nobis
Walked: 72 shows
Biggest Coup: It’s a toss-up — she opened both Alexander McQueen and Dries Van Noten.
Stats: 19 years old; from Australia; repped by Ford Models.
Strong Suit: Near-androgynous features give her a tomboy edge.
Show Notes: “Somewhere in the middle of London, it all became a blur. I’m very thankful I had a car and driver because I didn’t have to think about where I was going. I’d just arrive, do what I had to do and then nap on the way to the next spot. That was my strategy.”

Josephine Skriver
Walked: 67 shows
Biggest Coup: Chanel
Stats: 18 years old; from Denmark; repped by Marilyn Model Management.
Strong Suit: She exudes softness and youth, and her pretty pout doesn’t hurt either.
Show Notes: “After the shows ended, I camped out in my bed for like a week and watched season two of ‘Bones.’”

Daga Ziober
Walked: 66 shows
Biggest Coup: Closing Dries Van Noten.
Stats: 16 years old; from Poland; repped by Marilyn Model Management.
Strong Suit: A heart-shaped face framed by perky ears, she oozes Eastern European exoticism.
Show Notes: “I got through the season by thinking about what I was going to do when it was all over. It was all that I expected: sleeping in my cozy bed, eating delicious food made by my mum and watching TV. I became a couch potato for three days!”

Erjona Ala
Walked: 64 shows
Biggest Coup: Opened Haider Ackermann and closed Thakoon.
Stats: 16 years old; from Norway; repped by Ford Models.
Strong Suit: Her strong nose and jawline gives her a downtown-girl appeal.
Best trade: “The brown suede Michael Kors bag that we got at the show. I carry it around with me practically everywhere now.”

Kate King
Walked: 53 shows
Biggest Coup: Chanel
Stats: 17 years old; from Canada; repped by Ford Models.
Strong Suit: Long, lanky and leggy.
Favorite Trade: “Dolce & Gabbana gave out these amazing silver purses to some of the girls. They had our names engraved on them.”